It was a big day at Bob Walk the Plank headquarters as my daughter took her first steps.  It happened while I was at work but thankfully my wife was right there to see the action and called me right away. This is always a big deal to parents, but let me give you the back story to why it was extra special for us

About 21-22 weeks into the pregnancy my wife's doctor noticed the baby was growing a little slower than normal.  We were referred to the high risk area of the hospital in which they ordered my wife to go on bed rest.  A few weeks pass and the doctors still weren't seeing the needed progression and checked my wife into the hospital so she could have 24/7 observation.

Obviously we were pretty nervous, but my wife was feeling fine and we figured they would just monitor her for the weekend and send her back home on bed rest.  The very same day my wife falls extremely ill.  A slew of tests were run and they see that her enzyme levels are bottoming out to where it was a life threatening situation for her.  The only cure was to get the baby out.  We were just at the 25 week mark of the pregnancy.

They deliver the baby and get my wife into recovery.  I was only given a brief glimpse of my daughter and she was immediately rushed away.  It turns out my wife was suffering from something called HELP Syndrome and pre-eclampsia in which the only cure is delivery of the baby.  It is very rare.  She began balancing back pretty quickly in recovery.

The doctor comes in and gives me an update and tells me that our daughter was born at only 14.5 ounces.  He was super professional, but told us that survival was unlikely and that the first 24 hours would be critical.

Needless to say we were devastated.  We were first time parents and to get news that your baby has very little chance of survival leaves you numb.  You have a million questions.  No sleep that night.

After making it through the first night my wife and I finally got our first look at our daughter. I knew she was small but the first sight was overwhelming. 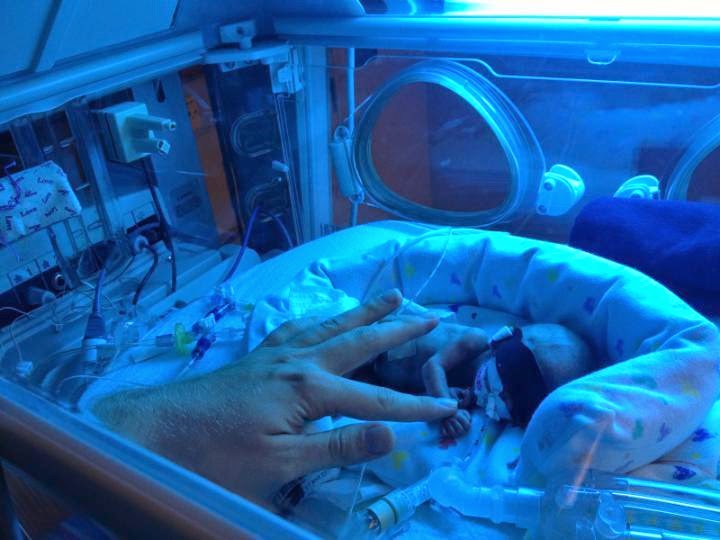 That is my hand.  Yeah....she was really small.

A few days later my wife was able to check out of the hospital.  This began a stretch of four months in the hospital for my daughter.

We had many ups and downs while we were in the hospital.  Our daughter was incubated for over 70 days, had heart surgery and fought infection just to name few of the obstacles.  We were constantly nervous and were scared every time we would see the hospital calling.

Thankfully she fought through all of her obstacles. We brought her home early November 2013. She would stay on oxygen all the way through early spring so her little lungs wouldn't have to work overtime.

The doctors are constantly telling us how she is a miracle.  Odds were against survival to begin with and then we were constantly told that we should expect some type of severe impairment.  Knock on wood, but other than being very small nothing has shown up yet.  We have already shared her story at a regional NICU conference, and my mother law is representing us to give the story at the national conference in Chicago in a couple of weeks.  Doctors are very curious to why her case turned out so well.

To wrap things up I often say that I started the blog with the idea of sharing my collection and creating trade partners which is true.  What gave me the time was watching my daughter at all hours of the night to make sure her oxygen stayed attached while she slept.  I needed something to keep me occupied so I wouldn't fall asleep when it was my turn to keep an eye on her.  In a roundabout way it was my daughter who helped create Bob Walk the Plank.

It's nice to hear stories with happy endings! 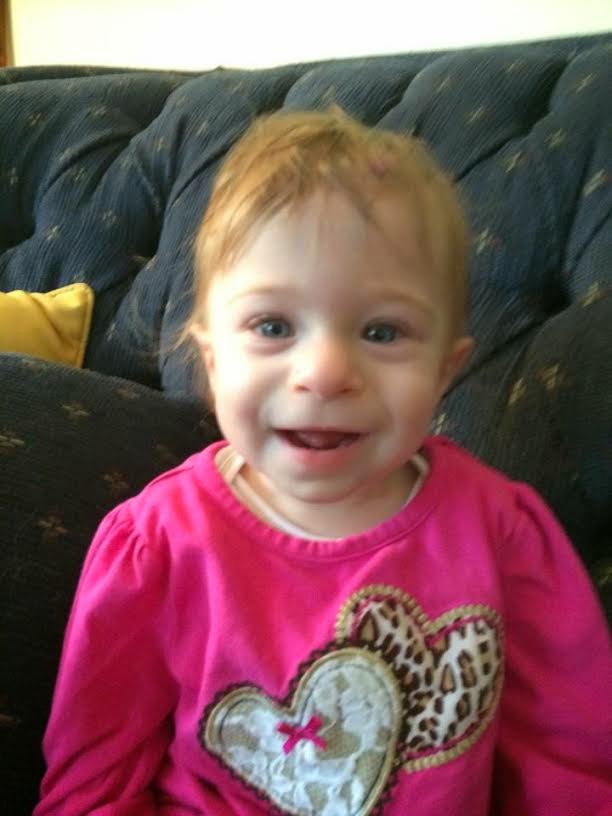 Here is Luisa in a picture taken on Monday.  She has come a long way.

Thanks for reading!
Posted by BobWalkthePlank at 10:05 PM