John Miller has long been one of my favorite trade partners.  His trade packages feature great variety often times with an emphasis on cards from time periods that are rarely traded. This most recent installment from John was an absolute blast to look through.   I scanned a ton of the contents just to add extra emphasis on the fantastic variety. 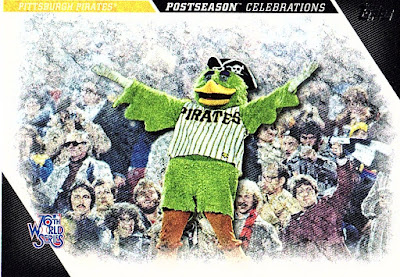 The parrot has evolved a decent amount over the years. 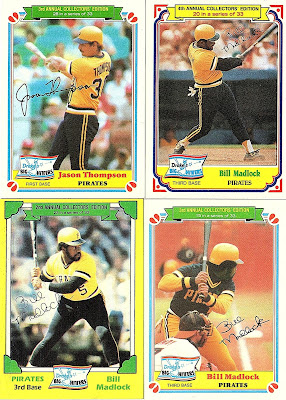 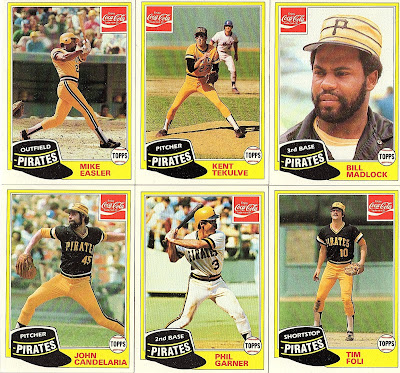 Before I started blogging my biggest holes in my collection were vintage and oddballs.  Thanks to generous traders like John those collections have become much more well rounded.

What a collection of players in the Coke set. Nice sampling of the uniform combos of the era. 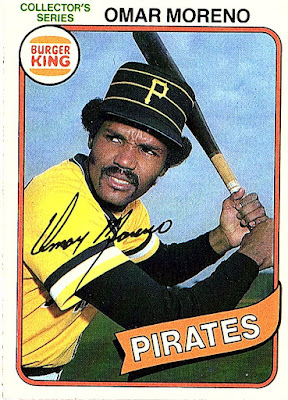 I think I've been to a Burger King once in the last 10 years.  I think we can all agree the cards are better than the food. 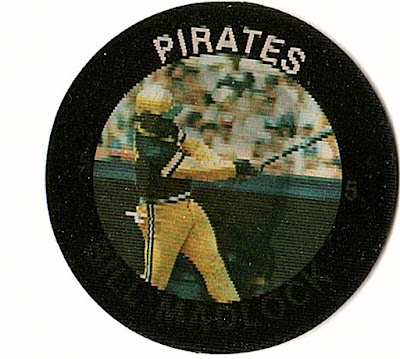 That is it for the oddballs.  Now for some crazy variety spanning 20 + years. 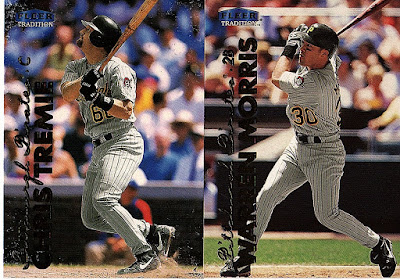 I liked Fleer Tradition minus the crazy big nameplate. 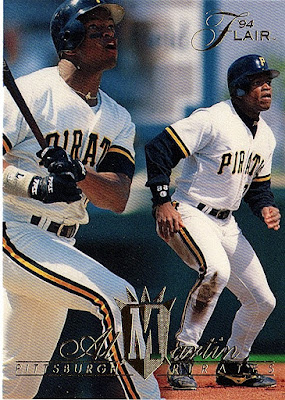 I like that the "M" is in a shield.  Flair exudes classiness.

Seems like I've been mentioning Topps Total a lot lately.  Bring it back Topps! 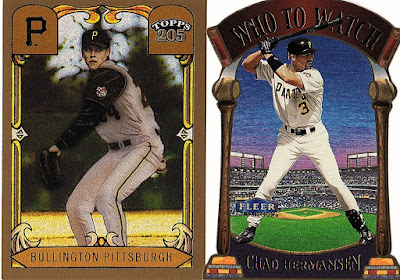 I scout once described Chad Hermansen as being able to walk on water......Still a really cool card though. 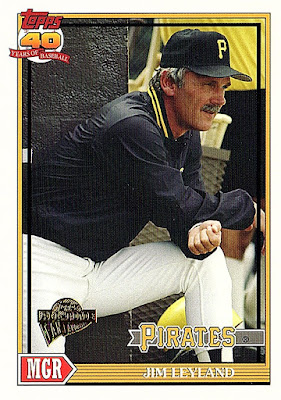 Give me ALL the manager cards. 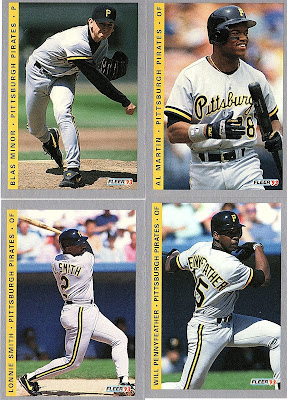 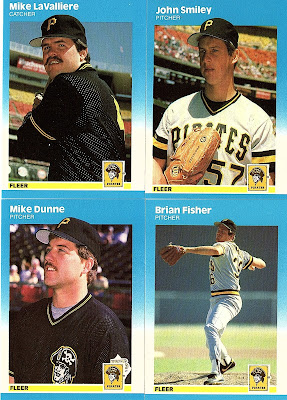 Mike LaValliere for the win. 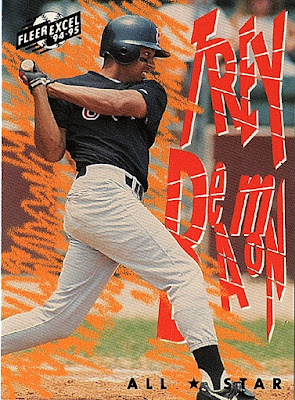 Fleer Excel is pretty much the 90's version of Topps Pro Debut.  Complete with graffiti effect. 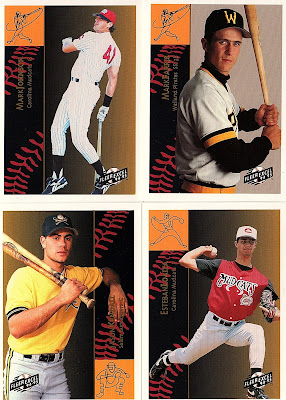 Being a fan of the minor league game I absolutely love seeing all the different uniforms. 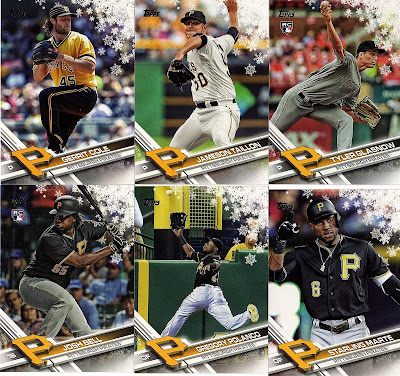 I'm pretty sure I have to complete team set of the "Snow Topps" now.  That one was built completely by blind trade! 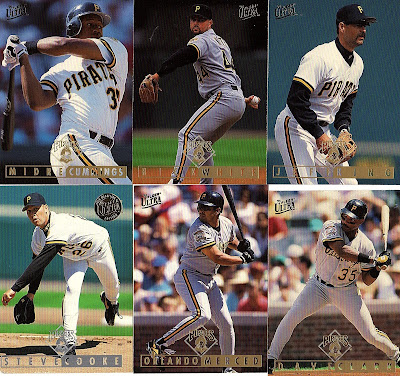 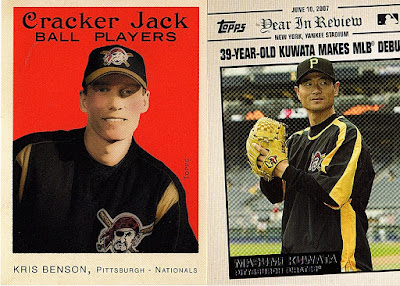 Masumi Kuwata!  He only pitched in 19 games for the Pirates, but it generated a lot of press from the Japanese media.  It was short lived as he was DFA'd a couple months after making his debut. 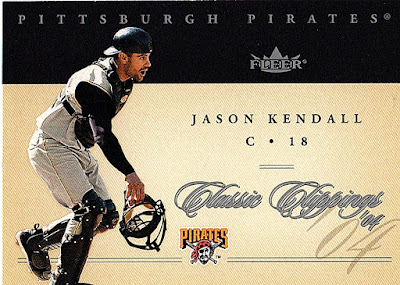 Classic Clippings was kind of a weird set, but I always liked the base cards.  They seemed like an insert card. 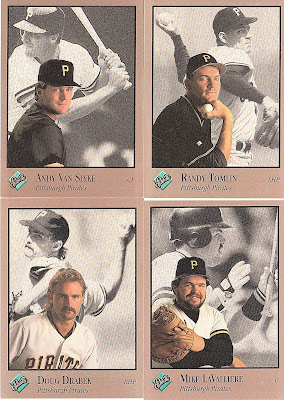 One of the more unique and funny sets ever made. 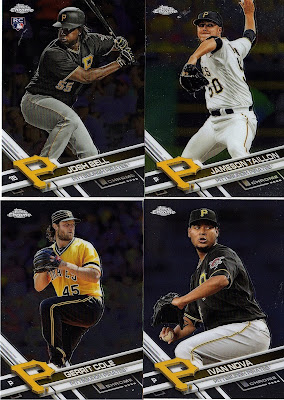 /pours one out for Cole 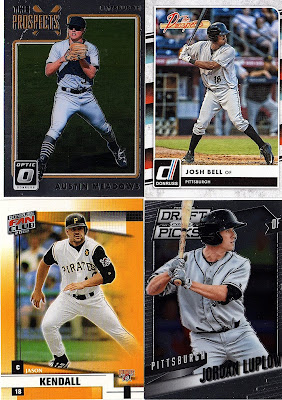 Luplow has a chance to make the team out of Spring Training this year if the Pirates don't sign a late free agent.  He doesn't have many cards out there so this was a cool addition. 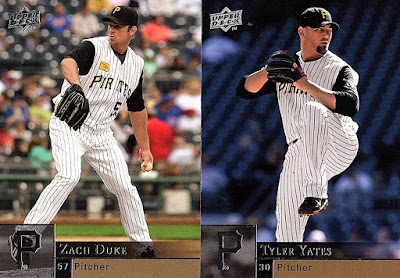 Need proof that some of the UD sets had big/cool checklists look no further than this Tyler Yates card. A fringe middle reliever getting the cardboard treatment! Love it. 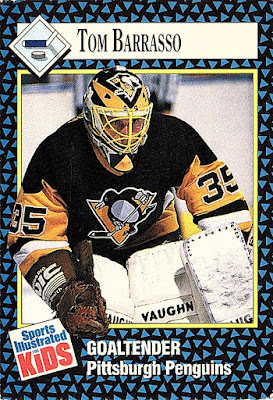 Now these bring me back.  I remember getting so excited for SI Kids cards when I was a kid.

That was a ton of great cards John.  Really appreciate you hitting me a surprise envelope.  Now I need to find something cool to hit you back with.

Thanks for reading!
Posted by BobWalkthePlank at 7:41 PM