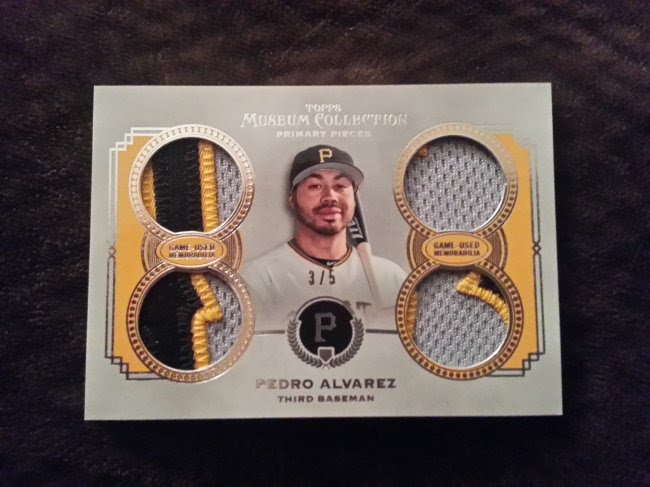 The above card was purchased on Ebay last year.  Pedro doesn't have a ton of high end relics or autos.  Probably the nicest cards were from Museum Collection like the one above which is numbered out of /5.  I have a nicer version of this one, but didn't have it scanned.
Posted by BobWalkthePlank at 1:07 PM