Volume 3: Attack of the Minis (War with JBF )

Wes is fighting dirty now. He hit with a priority mail box on Saturday and on Monday I get a bubble mailer. This theme is centered on small weapons. Since the note got a little ripped in transit I'll type it out. Wes has a way with words.

Sometimes the smallest opponents seem the least threatening. Allow your forces to drop their defenses and your army will find itself out of time. Tread Lightly!  #3/7 #WarwithWalk #smallweapons.

Wes delivered on his threat. The mailer was small in stature but big on punch. The gold minis that are below are /63 and the pink /25.  All are from 2014 Topps mini.  WOW! 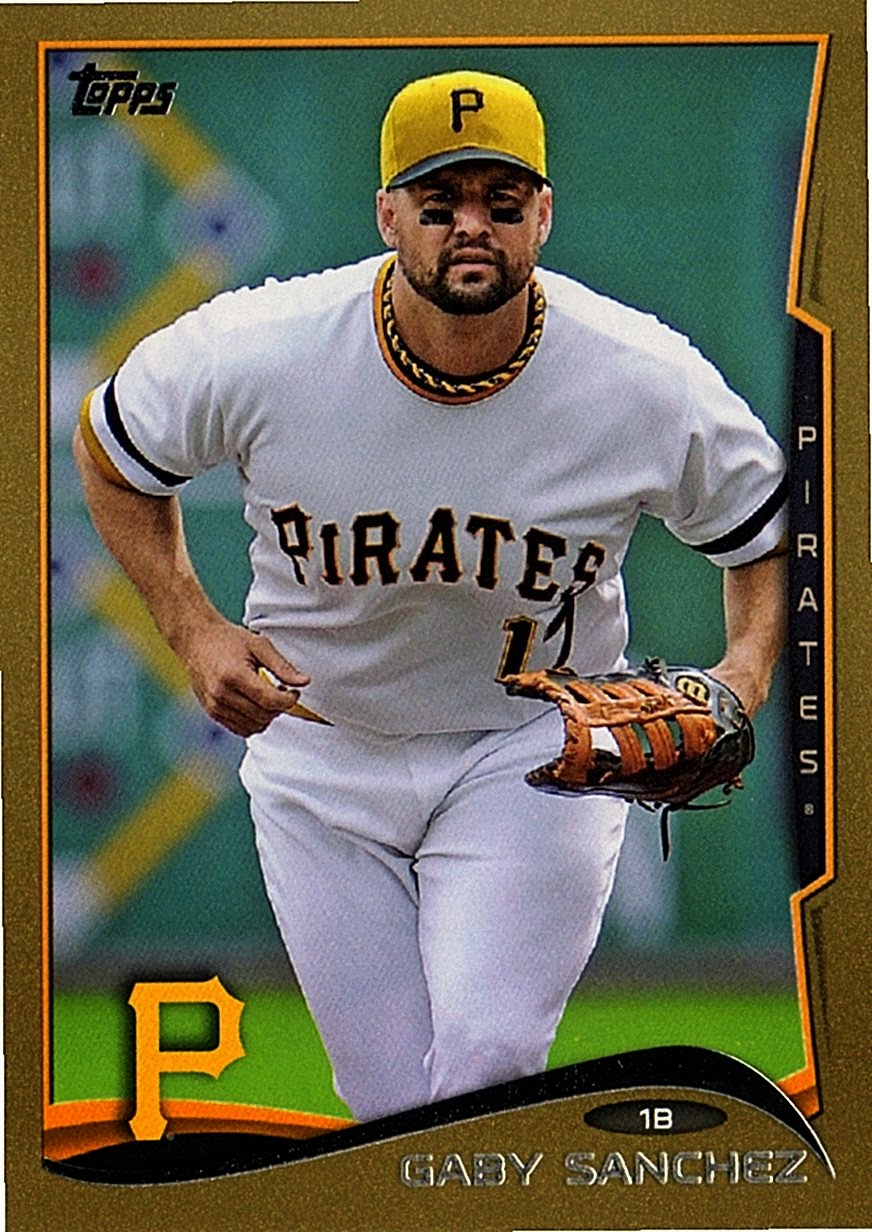 Gaby had a rough season in Pittsburgh last year and signed with a Japanese team over the winter. He is looking to follow the recent trend of guys having success regaining their value in Asia. Gaby doesn't have much in way of Pirate releases so this card is greatly appreciated. 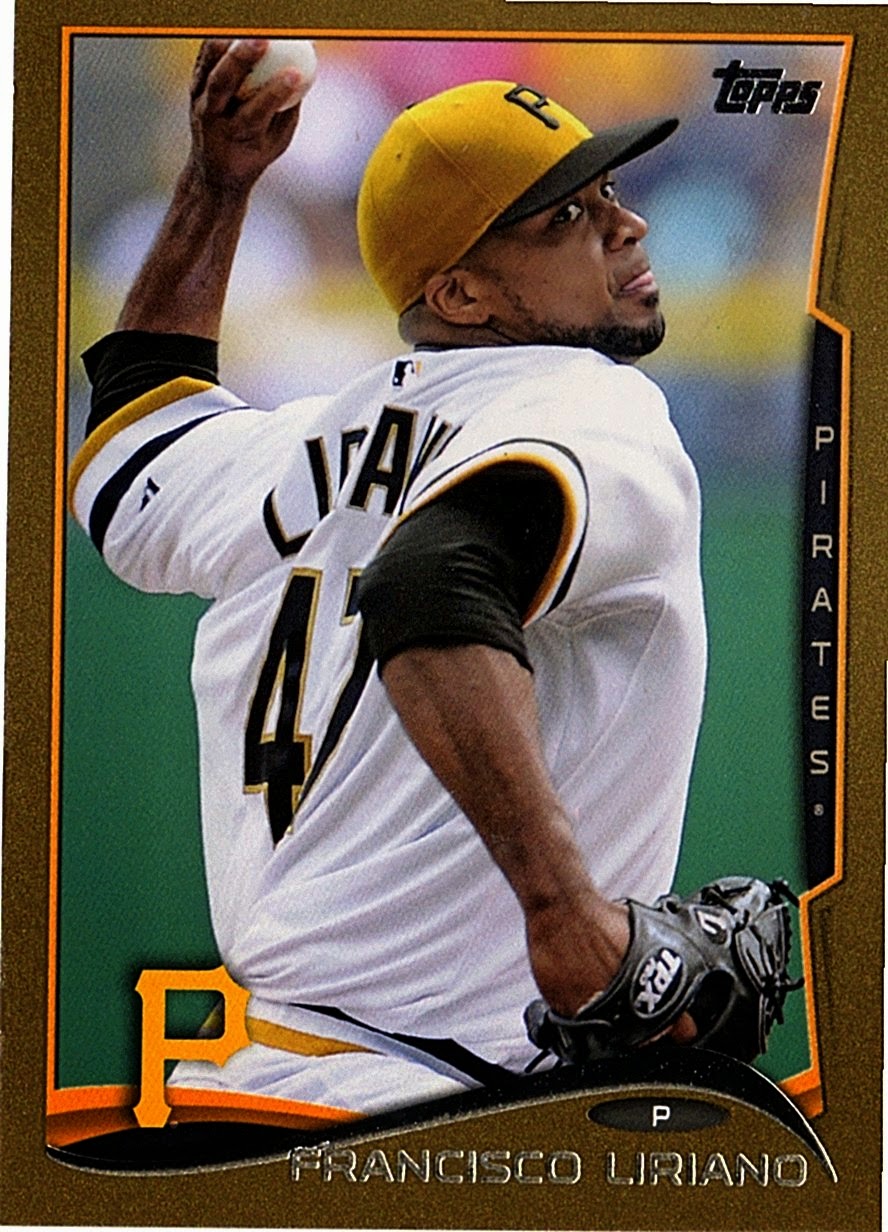 I was happy to see the Pirates get Liriano back on a 3 year deal. The Pirates can't afford big time free agent pitchers like Jon Lester so they have to be creative in finding good arms. Liriano has been hit with the injury bug a lot during his career, but when right he has ace like stuff. 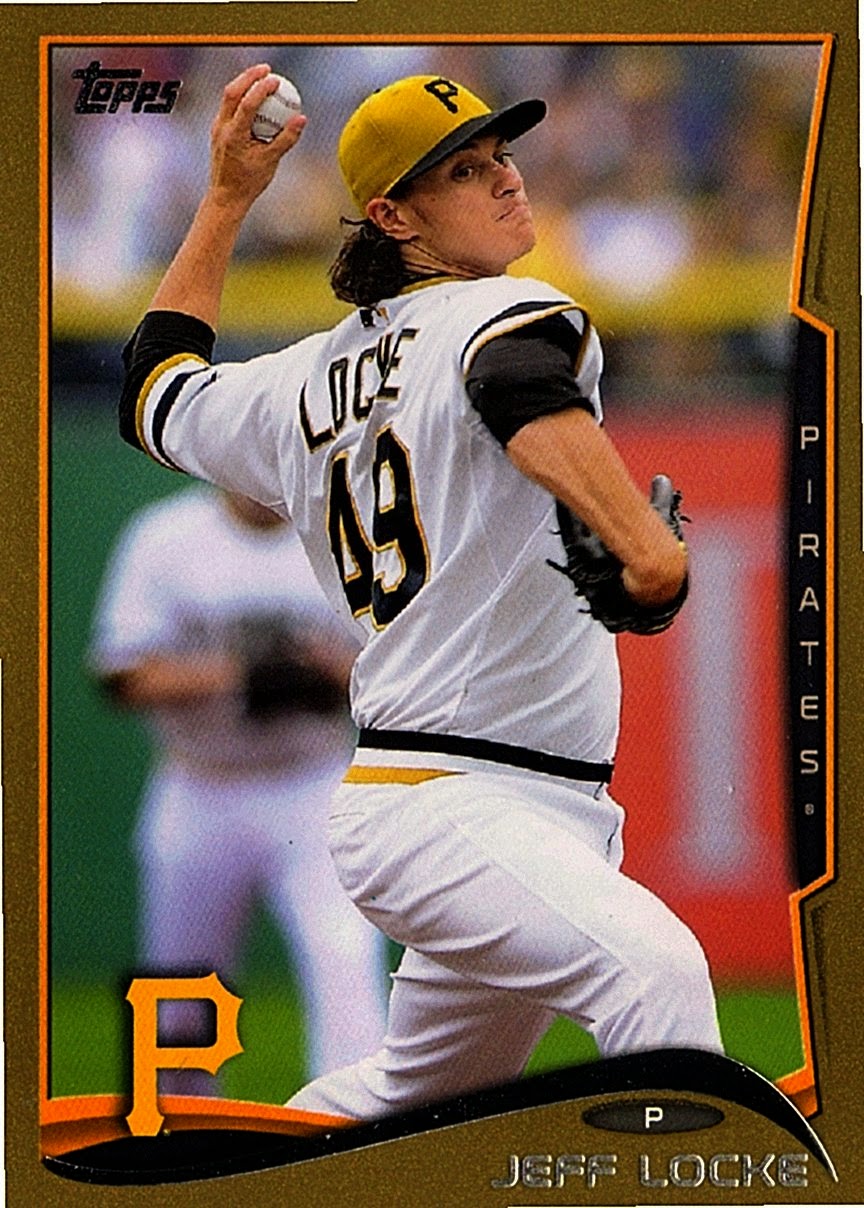 It is looking like Locke will be the odd man out in the rotation if Charlie Morton breaks camp healthy. Locke has shown flashes of being a good pitcher, but command issues has hurt him early in his career. Since he is out of options and may make him a trade candidate. 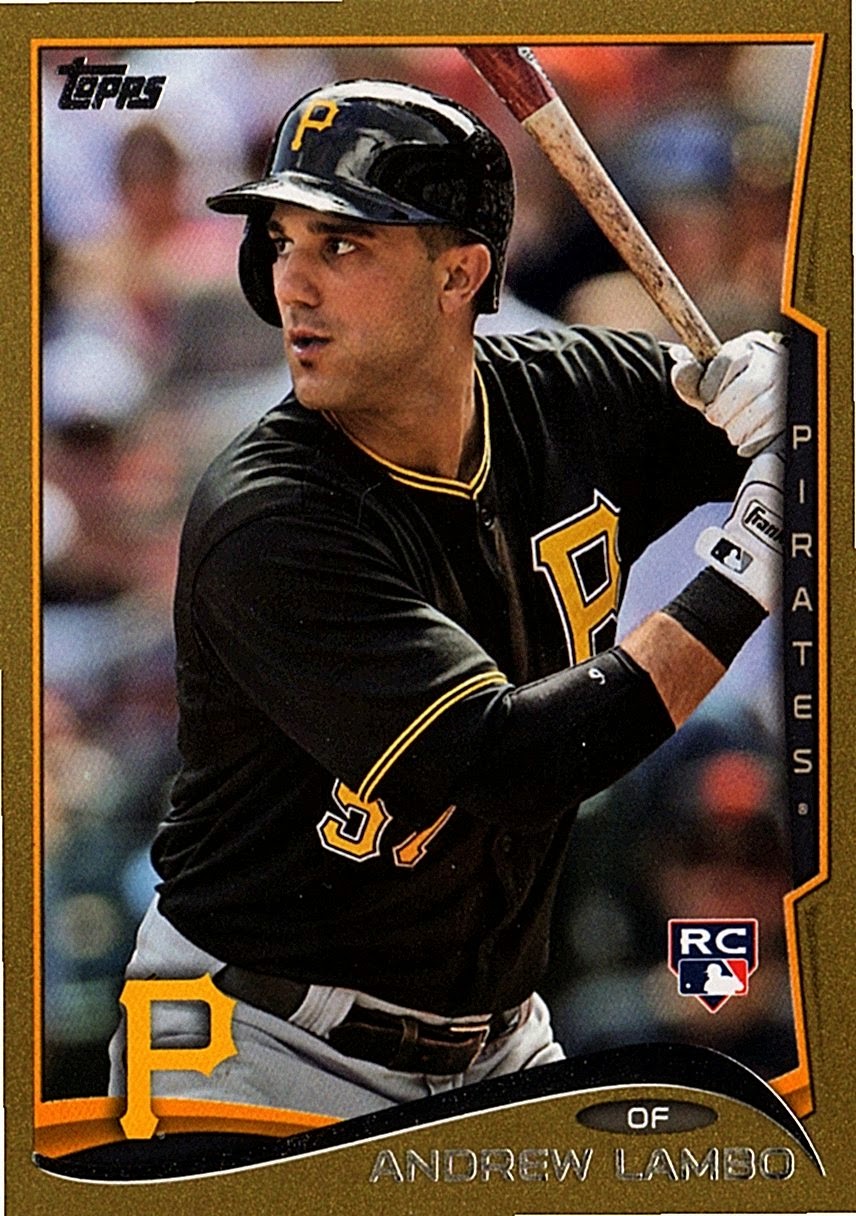 It looks like Andrew Lambo is going to finally make the opening day roster for the Buccos. The trade of Travis Snider opened the door as the Pirates will need a left handed bat off the bench. 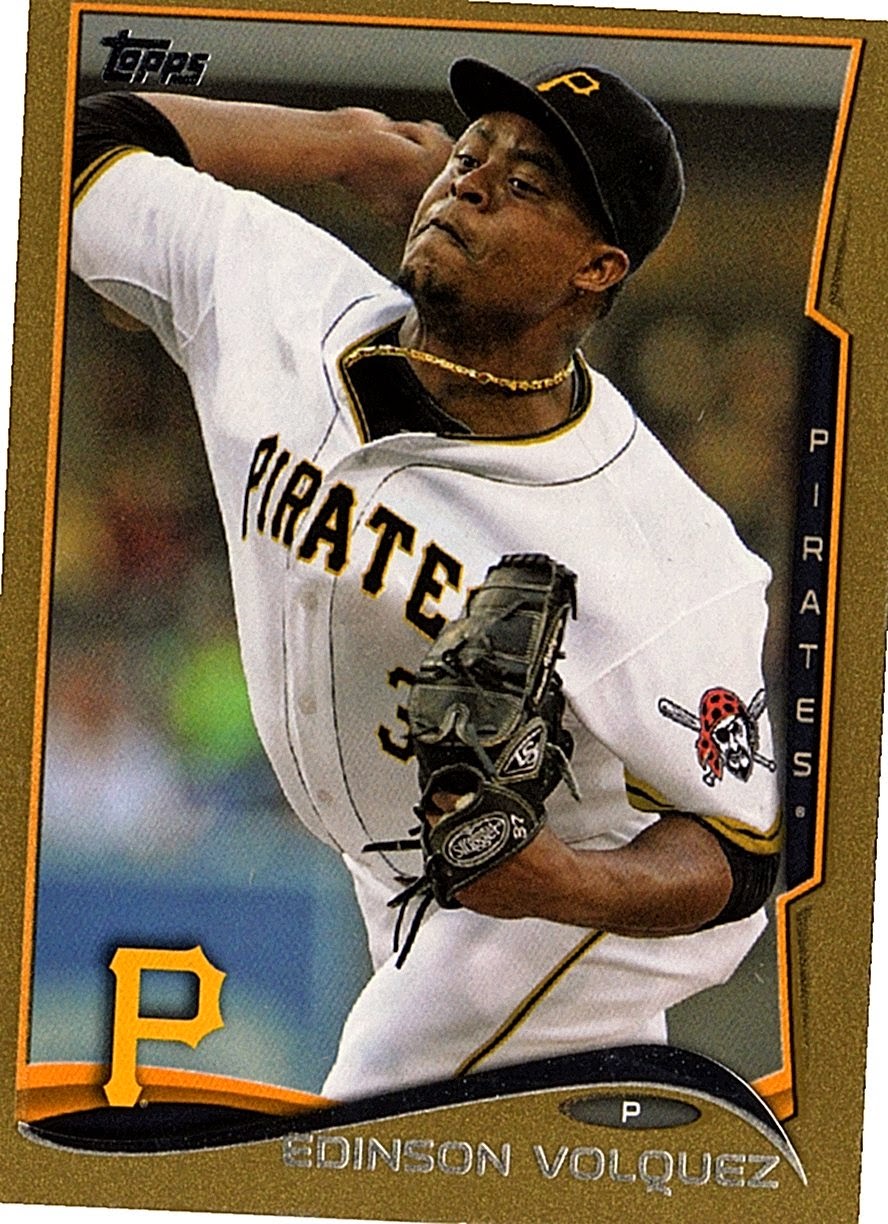 Volquez resurrected his career last year with the Bucs and signed with the Royals as a free agent.

One of my favorite Buccos and a huge key to the Pirates success this year. Cole has a very high ceiling so if he can take the next step and become the ace that the Pirates envisioned when drafting him the sky is the limit. 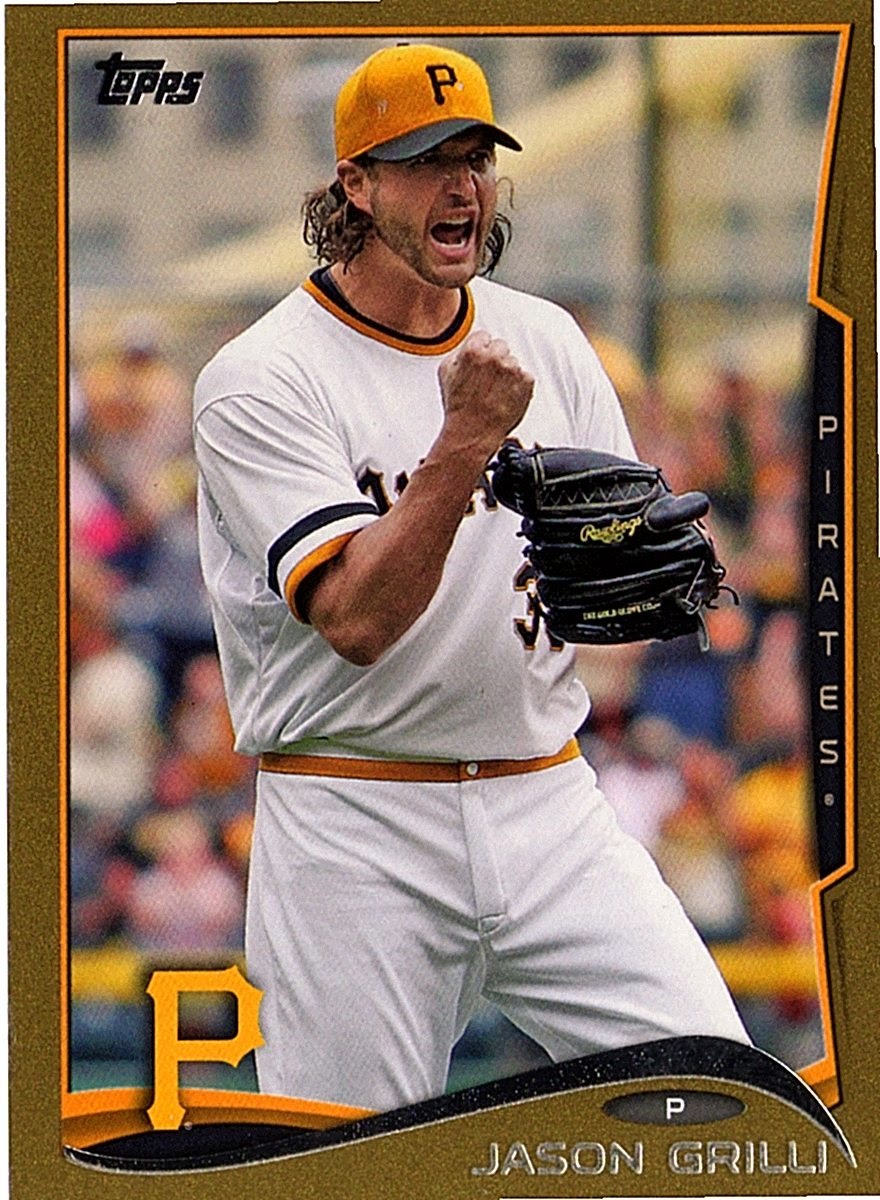 The Pirates have had great success dumpster diving for relievers and then having them blossom into stars. Such was the case of Jason Grilli. He signed with Wes's Braves over the winter. 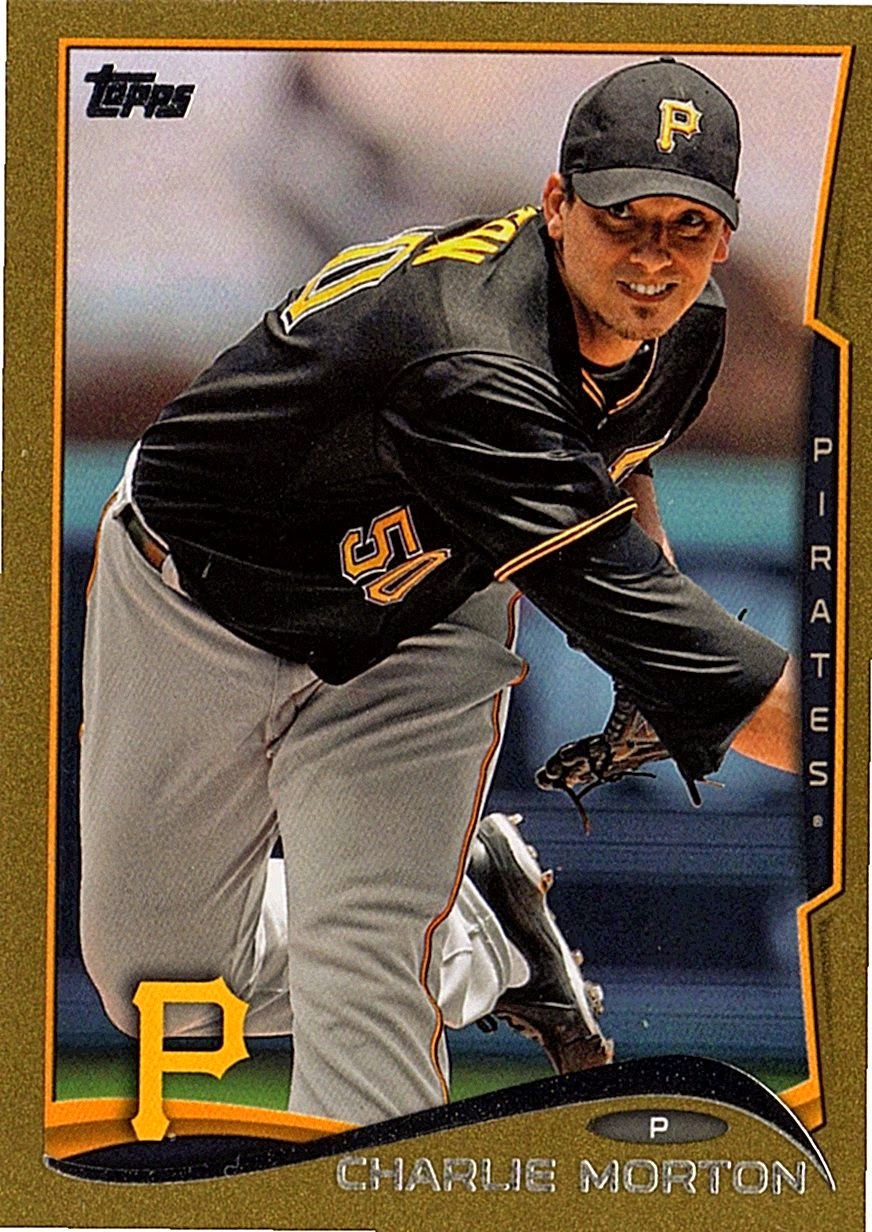 Morton is another guy who flashes great stuff every year, but health limits his production. 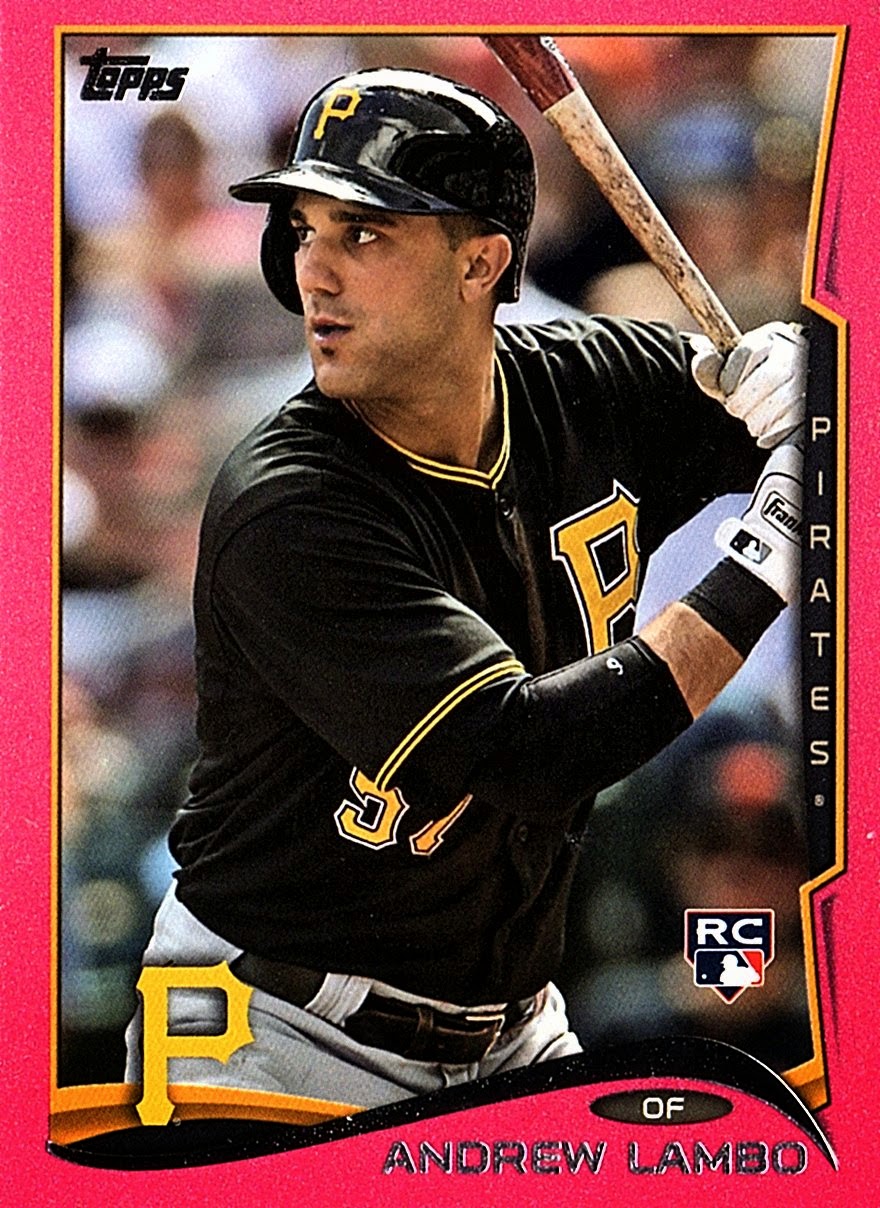 I have a good start on the Lambo rainbow. 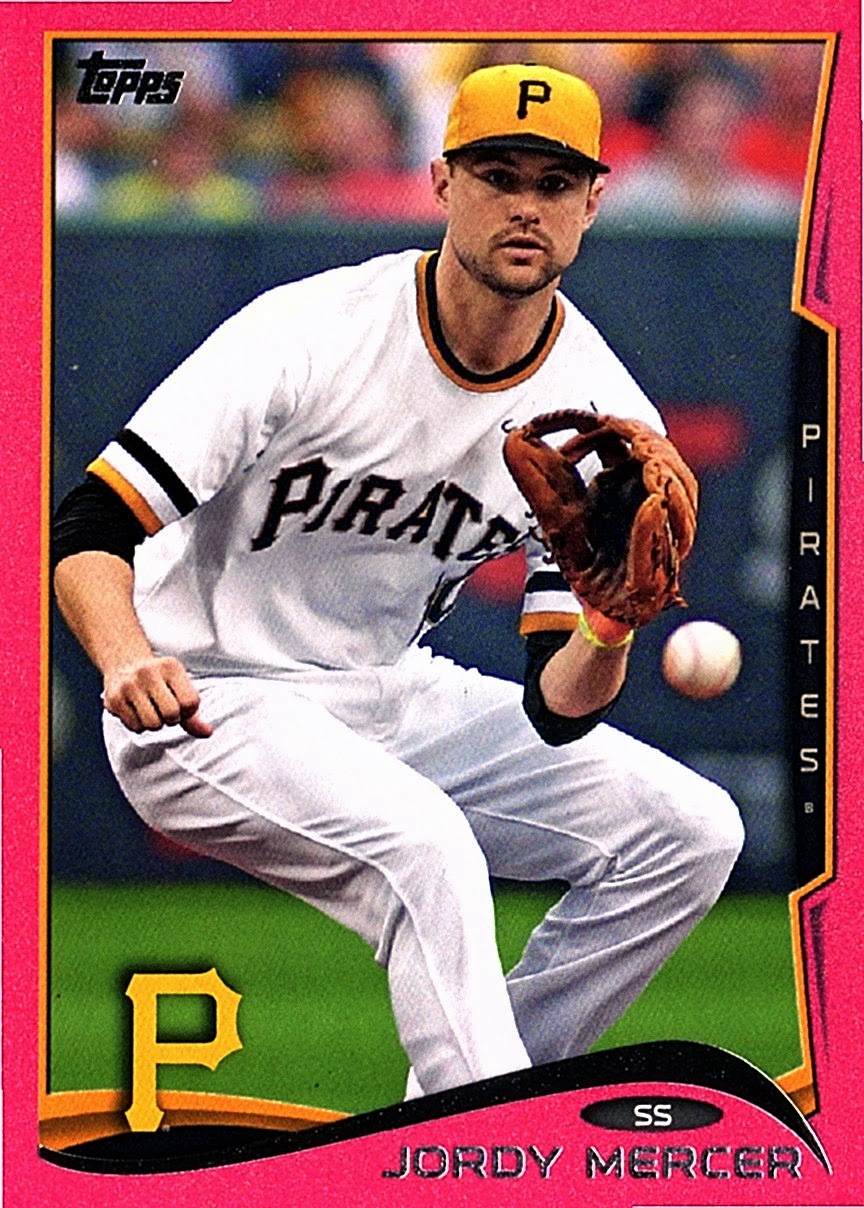 It took a while for Jordy to get his opportunity, but he has turned himself into a valuable player. 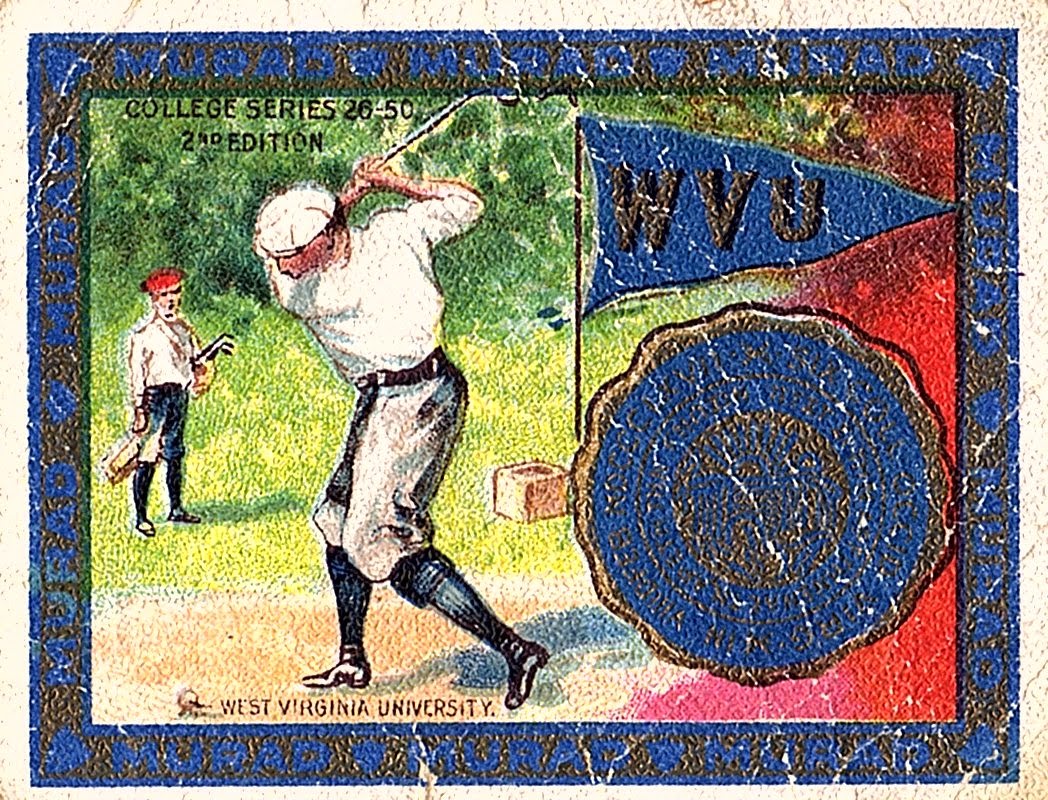 This was the real showstopper of the mini army that Wes sent my way. While it is a little hard to see this is a Murad Cigarettes College Series card from 1909-1910. The set featured 150 cards issued in 6 sets of 25. I've seen a couple of these online before, but never in person. This is a great piece of WVU history and one of my favorite pieces in my collection.

You cease to amaze me my friend. I couldn't believe my eyes when I saw all those parallel minis and then that WVU card popped out. Maybe I need to search for a white flag....