This marks the 25th time I've received cards from supertraders creator and certified crazy man Wes of Jaybarkerfan fame.  I'm sure I could have a wing in my house dedicated to the items he has sent me in my two years of blogging. It has been fun trying to keep up with the madman and I look forward to the next 25 swaps.

The latest installment was a nice mix of cards that fit all my collections..... 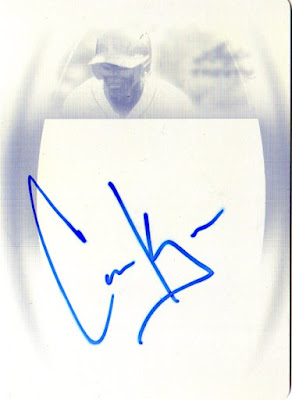 Might as well start with the big card.  This is a Leaf Trinity printing plate auto of Pirate prospect Connor Joe. The cool thing about receiving this plate is that I already have one of the auto plates in my possession. I'm halfway there!

I talk about Trinity all the time, but it is a great way to secure prospect autos without having to get a second mortgage on your house like Bowman Chrome will do. 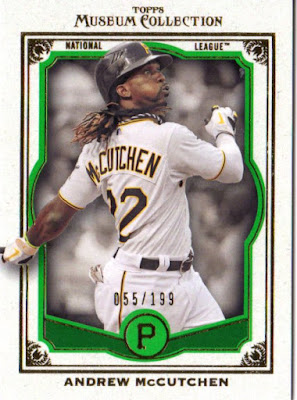 This was the card Wes pulled for me in his Museum Collection break.  If you are going to pull a Pirate Cutch is a nice one to get!

It is always nice to get the base cards and parallels from these high end sets. 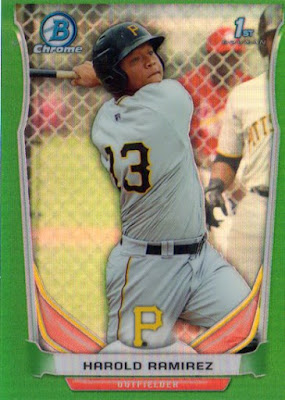 Another Pirate prospect from Bowman Chrome mini. The Ramirez is /15! 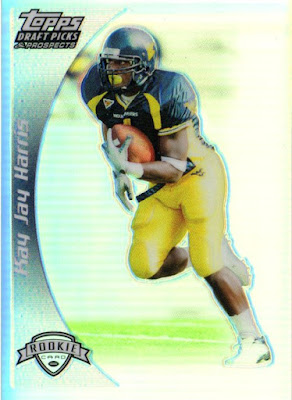 When it comes to my WVU collection these are the types of cards that have been the hardest for me to fine. Parallels of the base sets just don't pop up too much and when they do they are always for a price to makes you second guess yourself.  Thankfully Wes was able to locate this Kay Jay Harris /50. Great card and an extra bonus for him being in his Mountaineer uniform. 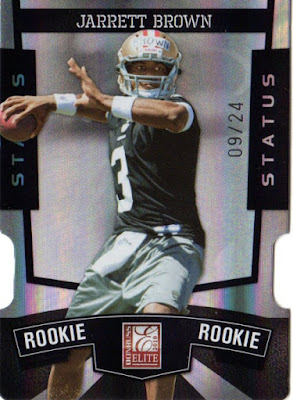 I'm always like the Status diecuts. I went through a phase where I accumulated a ton of the early baseball versions. When they first came out they were kind of an afterthought because everyone was auto/relic crazy.  Now they have become quite valuable. Great looking card!

The scan didn't come out too well, but this is a Press Pass card of Jerry West /25! I love chasing West cards, but his Laker issued cards are very expensive. 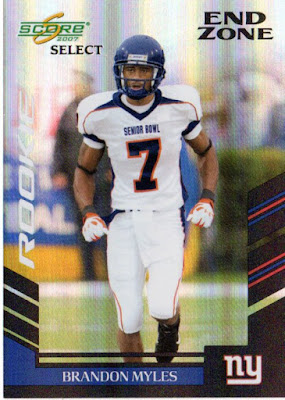 This is a card that I've only seen showup once....can't remember if it was COMC or eBay. These End Zone parallels are like finding a unicorn because they are /6! What an awesome card! 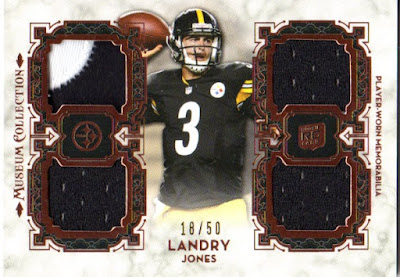 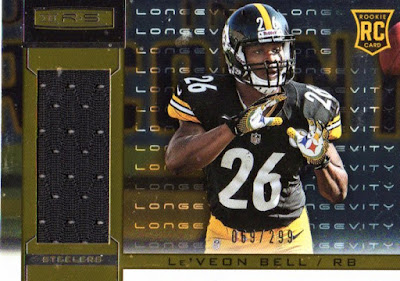 I thought the Steelers were going to be toast when they lost Bell to injury but Deangelo Williams had a great year. 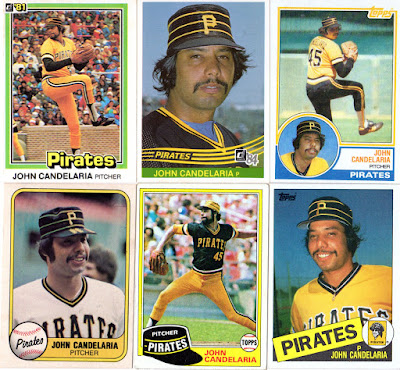 The Candy Man might be the second best cardboard hero in Pirate history behind Teke.

It was cool to see Dreamius Smith get a few cards this year. 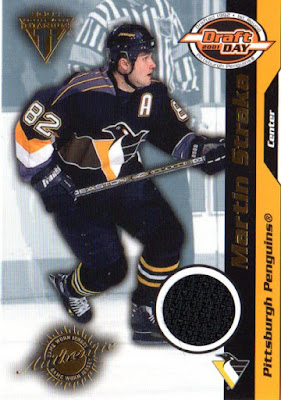 Wes even threw in a hockey relic of former star winger Martin Straka.

I always feel obligate to show any Masterpieces card received via trade.  Man I love that set.  Also, a very cool rookie of Aramis Ramirez.

If you look to close at the Steelers bumble bee throwbacks you might have a seizure. 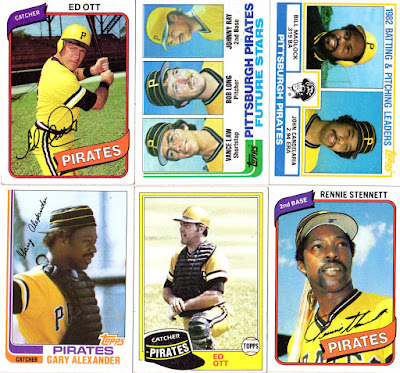 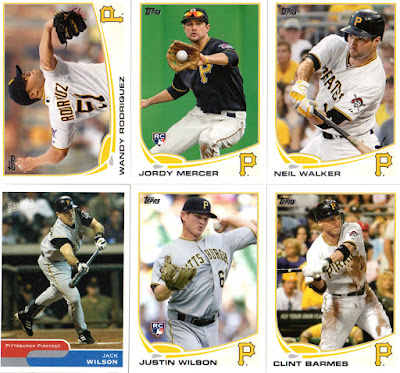 Some minis round out the trade package.  Only Jordy is left from this bunch.....

You cease to amaze me my friend.  It was a ton of fun going through all these. I'll make sure to also forward the Blue Jays for Kevin very soon. I'll have to come up with something for our next trade.....

Thanks for reading!
Posted by BobWalkthePlank at 6:27 PM