When it comes to my sports fandom the Pirates and WVU will always have top billing, but the Penguins don't lag too far behind. I've been fortunate enough to witness a consistent winner in Pittsburgh for a good portion of my life. The Penguins have won 3 Stanley Cups and have been blessed with some of the most dynamic players in league history.

Before starting the blog I never made much of an attempt to collect Penguins. While the desire was always there, I knew it would be to the detriment of my baseball and college collecting. Thankfully now that I'm trading with people who collect all spectrum's of cardboard I've been able to put together a small collection of Pens.

Recently Bo from the awesome Baseball Cards Come to Life sent me an email saying he had accumulated a nice stack of Pens that he wanted to send my way. Not long after I had a bubble mailer full of hockey goodness. 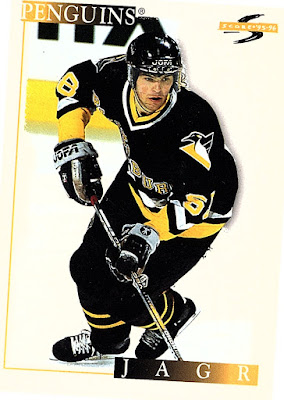 Jagr is second in just about every offensive category in team history behind Mario Lemieux. The crazy thing is he is still going strong. His departure from Pittsburgh was a little on the rough side, but I hope once he hangs his skates up that the Pens and Jagr can come to terms. 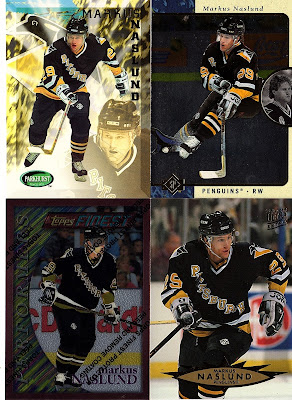 Naslund started out as a Pen, but made his name in Vancouver. 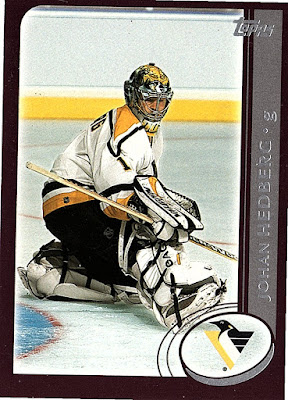 MOOSE! Hedberg mania was strong in Pittsburgh in the early 2000's. 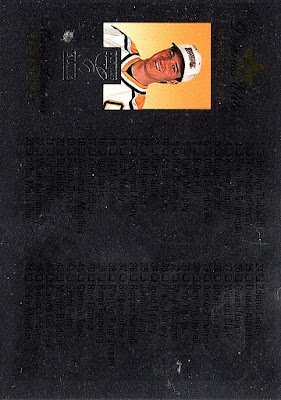 This card didn't scan well, but it is a checklist featuring Lemieux. 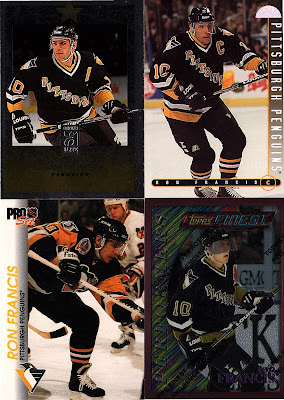 The glue of the early 90's cup teams.

The early 90's Pens were loaded with talent. Kevin Stevens maybe was the the 5 or 6 best player on the team. 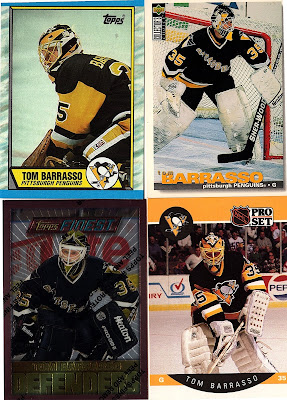 I loved Barrasso as a kid. The guy was borderline insane, but a great goaltender. Marc Andre Fleury is finally passing him on many of the career stats, but Barrasso still has one more cup.

This was just a small sample of the cards sent by Bo. He really loaded me down with some great stuff. Thanks again Bo! I'll be sure to hit you back soon. I'm reloading trade bait as we speak.

Thanks for reading.
Posted by BobWalkthePlank at 10:31 PM