Since Kevin and I had a significant gap in between our box breaks he decided to hook me up with some Pirates he had accumulated.  Kevin always finds great stuff for my collection and this latest package was no different. It was almost all hits! 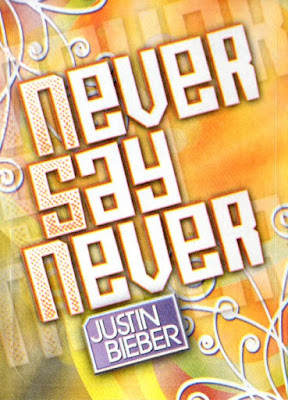 A motto to live by brought to you by the Biebs. 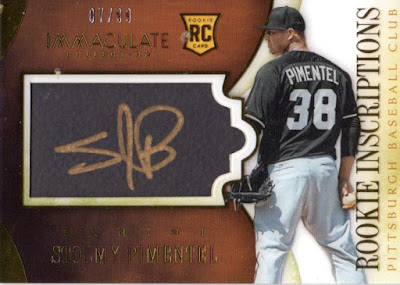 Immaculate has featured a ton of Pirates the last couple of years.  Pimentel was part of the Melancon/Hanrahan trade a few years back. While his numbers weren't terrible he was dfa'd during spring training as the Pirates bullpen was deep. 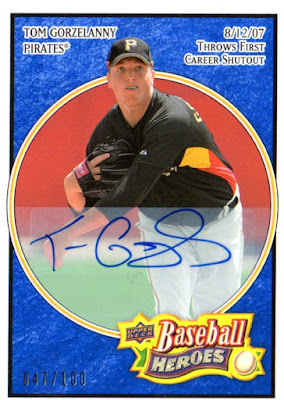 I remember seeing a meme with Gorzelanny and Sloth side by side. The internet is mean. 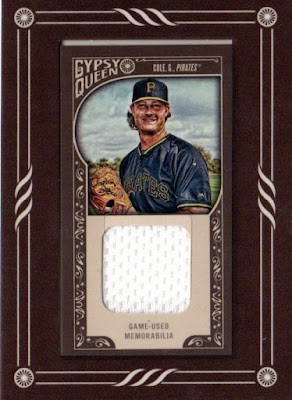 Gerrit Cole is getting a little extra rest before the end of the season. Right now it is looking like we are on a collision course with the Cubs in the wildcard. 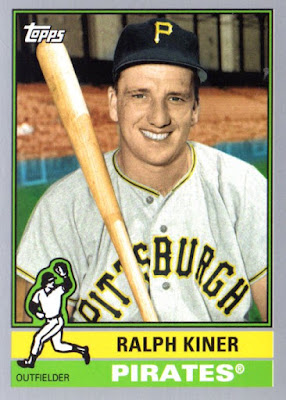 I don't have many parallels from Archives so getting these from Kevin was very appreciated. The Kiner is numbered to 199 and Marte to 50. 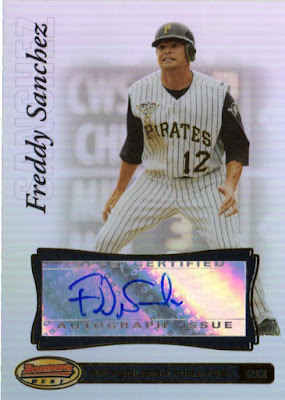 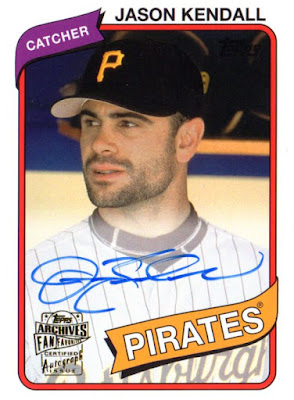 Kendall is still in baseball helping out the Royals instructing catchers. It was cool to see him in the Fan Favorites set this year. Have to wonder how good his career would have been had he not destroyed his ankle. 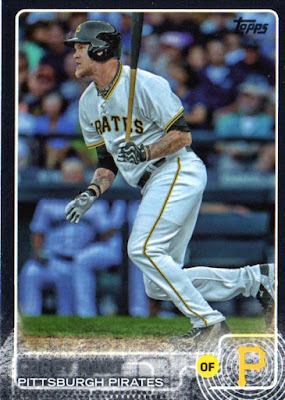 Some black parallels of Cervelli and Hart. Cervelli has been great this year while Hart has been hurt all season. Have to think that Hart's career might be over. 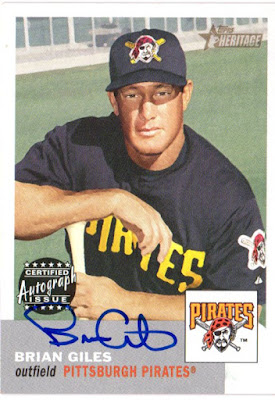 Nice on card Heritage auto of Brian Giles. Even if he was an asshole he was awesome for the Buccos. 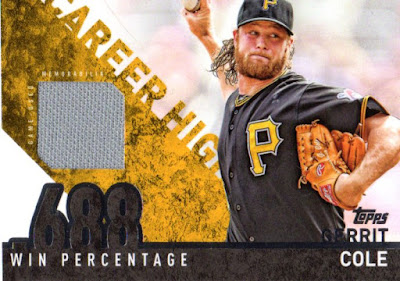 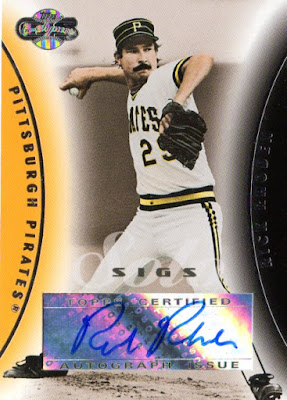 I wonder if the Pirates gave Rick Rhoden a world series ring since he pitched in 1 game in 1979. 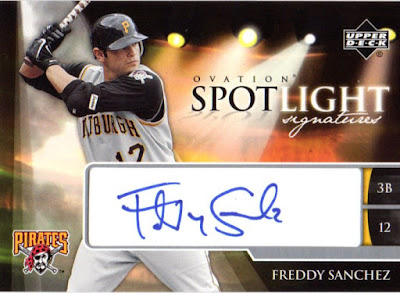 I like the Ovation autos. Kevin and I opened a box of this stuff and we both enjoyed it. 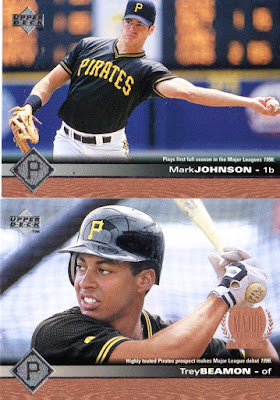 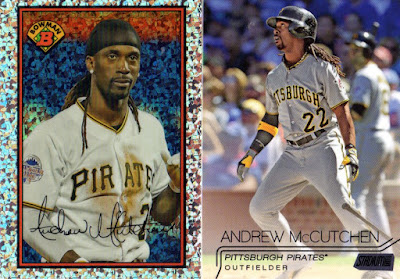 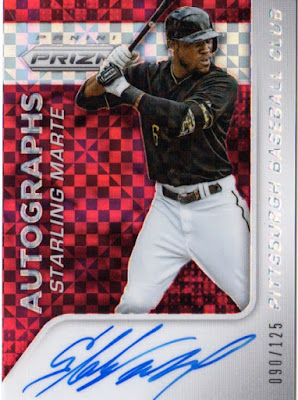 The Pirates uniforms are one of the easiest to get around the license issue. Marte signs a good bit, but his cards still demand a good bit on the secondary market. When I saw this in the bundle I was pretty pumped. A great addition to my Marte collection! 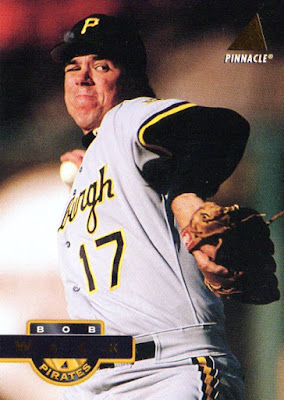 Kevin knows how to finish off a trade strong with the legend himself. While clean shaven Walk might not strike as much fear as the full mustache version, he still has the mullet.

As always Kevin you outdid yourself.

Thanks for reading.
Posted by BobWalkthePlank at 7:53 PM