Does your team have that one player they keep running out there over and over even if the performance begs for a change? Maybe it is a guy that had "prospect" status, or just a case of a team not having a viable alternative. I've already touched on Pedro Alvarez who falls under the first two categories. The other guy who pretty much makes every Pirate fans head explode is Jeff Locke. 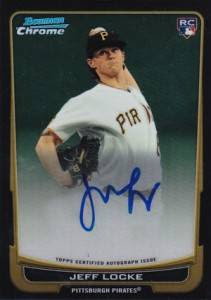 The Pirates in the last few years have a well documented track record of fixing pitchers. Players such as AJ Burnett, Edison Volquez and Mark Melancon have revitalized their careers. One thing that made these turnarounds remarkable is how quick they happened. So why hasn't Locke been able to follow suit?

Locke has several characteristics that the Pirates look for in pitchers. He has a great ground ball % rate which plays well with the shift and he is among the leaders of working on the inner half of the strike zone. Back in 2013 (his first full year as a starter) he made the All Star team based on a super low ERA. While it was nice to see the Pirates winning with their fifth starter on the hill, it was more of a mirage than anything. Statistical based sites like Fangraphs predicted some hardcore regression and boy did that happen. So much so that Locke was sent down to AAA late in the summer.

In 2014 and 2015 it has been more of the same. Since the Pirates have had the Midas touch for the better part of three years with pitchers I tend to give them the benefit of the doubt. The question is how long should a team wait for someone to turn the corner? This gets even more complicated when your team is a perennial contender like the Pirates. 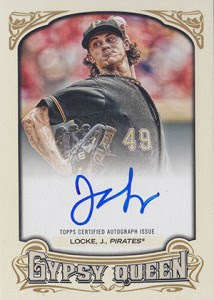 Here are some stats I pulled from Fangraphs among qualified starters (around 85 total pitchers).

His saving grace is that his FIP and XFIP usually hovers in the high 3's to low 4's which is completely adequate for a fifth starter.

Usually you can handle someone being towards the bottom of one or two of the categories I mention. A lot of times guys with high walk rates tend to be high strikeout guys so they can wiggle out of trouble themselves. As you can see Locke is his own worst enemy. If you are constantly putting guys on it only takes a hit for a run to score. Also it easy to see why he never gets deep in games. In the past ten games he has only made it past 6 innings twice. It is almost a guarantee that a Locke start will result in three or four relievers being used.

As a fan you want to hold your hat on something. With someone like Pedro Alvarez the fall back is usually his power, but with Locke you are grasping at straws. Right now his value is all tied up in his ability to be durable, but to me that only gets you so far. It's obvious the Pirates love the makeup, but with no improvement in command I just don't see how much more the Pirates can take. 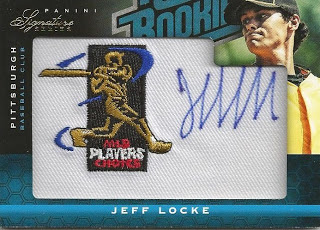 My guess is I wouldn't even be writing this if Jameson Taillon or Nick Kingham would have stayed healthy. This offseason the Pirates will have to make a choice. They could non-tender him at the end of the year and try to find another pitcher to fix, or they continue to hope he somehow finds his command. To me 3 years seems like more than enough sample size to make a decision to cut ties.

Posted by BobWalkthePlank at 6:17 PM