Right before I left town last week I was opening some cards I had got in the mail to sort and scan. One of these cards was my newest addition to the Andrew McCutchen collection. I purposely left out discussing the packaging of this card because I thought it was good enough to warrant its own post. Check this out.... 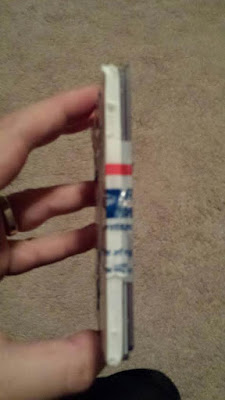 So the actual card was sandwiched between a thick piece of cardboard and an empty top loader. The card itself was also in a top loader. Oh the tape......so much freaking tape. 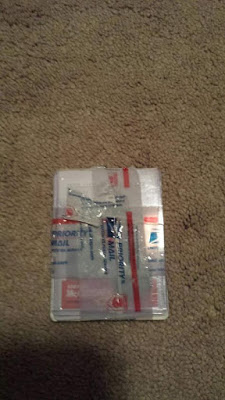 I mean seriously....I think the seller wrapped tape around about two thousand times. 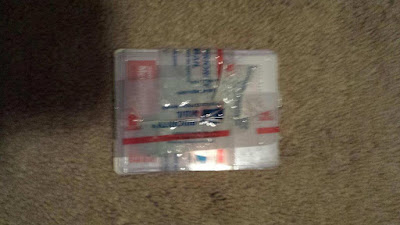 Poor Cutch is suffocating from all the tape...... 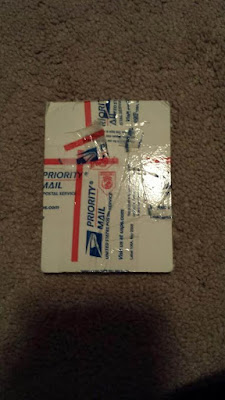 This is a great case of over protection. I left the seller positive feedback because the card arrived in great shape, but his methods seem to be without much thought. For one that looked to be a rather cumbersome process to ship one card. Also, the biggest risk to the card was unpacking. That should never be the case.

I probably should tell the guy a simple top loader and team bag would suffice. If he wants to go the extra mile some blue painters tape would be great for the extra security. This card could have probably survived a bucket of water, but it was 50/50 that the scissors or razor blade could have clipped the card. Tape residue could have been an issue as well.

When its all said in done I would much rather have a card packed like this than some crappy scotch tape on top of the case and a top loader that is too big. It just made me laugh when I took it out of the bubble mailer.

Thanks for reading!
Posted by BobWalkthePlank at 7:14 PM

Email ThisBlogThis!Share to TwitterShare to FacebookShare to Pinterest
Labels: adventures in ebay packaging