One of the cool aspects of blogging is that other people think of you when they pull cards from packs. Recently Doug (Sportscards from the Dollar Store) busted some Bowman Sterling and shipped me the Pirates.  It is the kind of generosity that will give you a warm fuzzy feeling inside.

Being that Doug is an awesome all around due he didn't stop with the Sterling..... When it comes to my Pirate collection I don't give myself many rules. If I like the card and the price is right, I usually pull the trigger. In some ways this kind of makes you a prospector. I'm not one of those people who drop $300 on a parallel Chrome auto, but I will monitor prices of Pirate prospects. Take someone like Andrew McCutchen. He was a high school draft pick so his path to the big leagues took some time. This allowed me to pick up early autos of his for less than $10. If I tried to pick up those cards after he made his debut it would have been a ton more. While it is a fine line, it sometimes is your only way to accumulate autos of big time players.

In some ways Glasnow is like that now. He doesn't quite have the pedigree that Cutch did as he was picked in the 5th round, but gradually he rocketed through the system. While his cards are not exactly cheap, I'm actively accumulating. Thanks to Doug I can check off a really nice one....

Glasnow is the Pirates top prospect and a top 20 guy overall.  He is a huge kid coming in at 6"8. The 2011 draft has the potential to be one of the better drafts in recent history for the Buccos. That draft also included Gerrit Cole and Josh Bell. 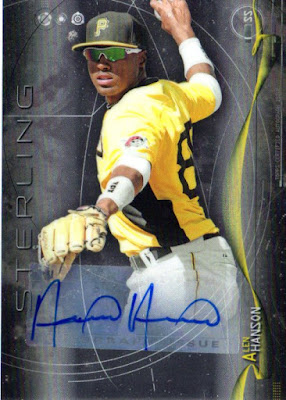 The other big Pirate card from Doug's break was this Alen Hanson auto. Hanson should get his MLB debut at some point.  It's possible he could see some time at the beginning of the year while Kang recovers from his leg injury. 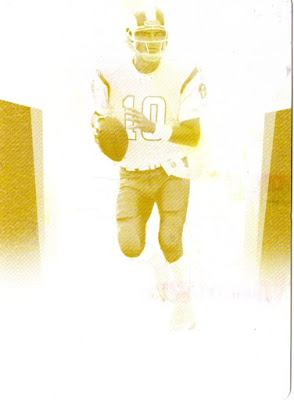 What a surprise this was. This is a Leaf printing plate of Marc Bulger. Bulger is one of my all time favorites. It has been a while since I've added a high end card of his as eBay has been pretty light lately. Thanks a ton Doug! 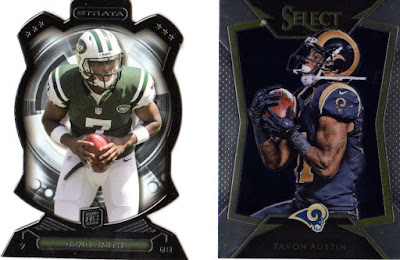 Some other WVU greats!

Doug usually hooks me with some Pens in all our trades! 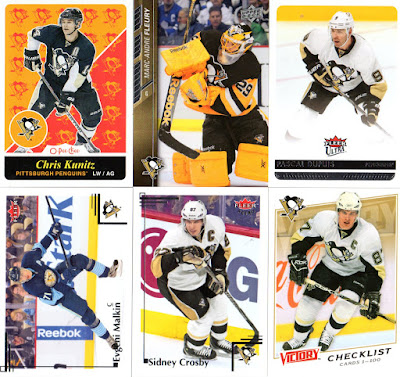 The Penguins have had a hard time scoring this year, but thankfully Fleury has been great. If not for him the Penguins couldn't even sniff a playoff spot. 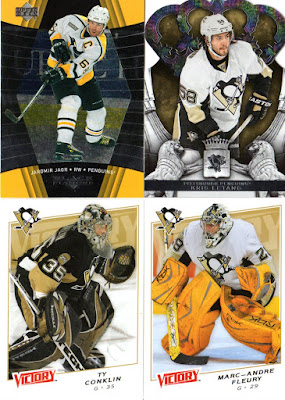 The Letang diecut is my favorite of this bunch. While Letang doesn't quite put up the offensive numbers you would expect he is one of the more vital components of the team.

You blew me away with this bunch Doug. Look forward to hitting you back very soon.

Thanks for reading.
Posted by BobWalkthePlank at 6:19 PM