I still have a few packages to post to clear out cards I received in 2015.  My good pal Doug just sent me what will be my first post of 2016 cards.

This post will show off some goodies from Jedi Jeff. I love getting mail from Mr. Club PWE. The only issue is my wife sometimes puts pwe's in different spots from my normal blog mail. She has gotten much better, but every so often I have to check in stacks of newspapers and junk mail to make sure nothing slips by. 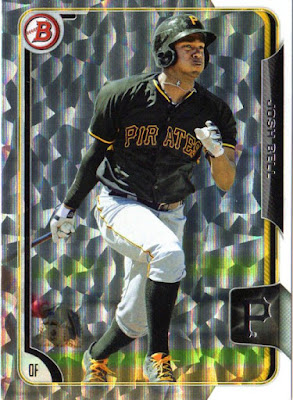 Josh Bell is the first baseman of the future for the Pirates, but with the acquisition of John Jaso it will mean Bell will continue to develop in AAA.  Makes sense since he had less than 200 at bats at that level. Probably a win/win for the Buccos as their commitment to Jaso is cheap so if Bell tears up Indianapolis he could still be utilized. 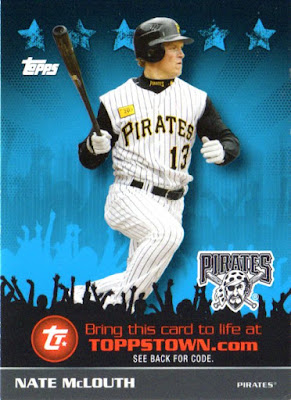 This is one of those Topps 3D cards in which you could enter a code and make the card "come to life." 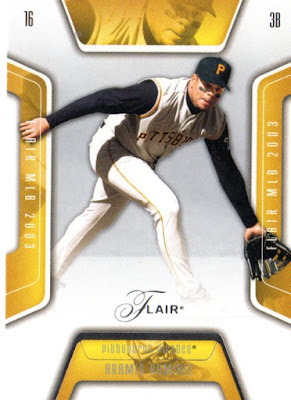 Flair had some odd base cards back in the day. I've been on a nice run adding Ramirez cards featured as a Bucco. 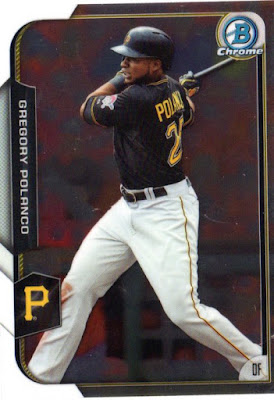 Polanco will probably be everybody's pick to have a huge breakout season this coming year. The good thing about Polanco is that he can be valuable even without the bat. The defense and baserunning are both well above average. 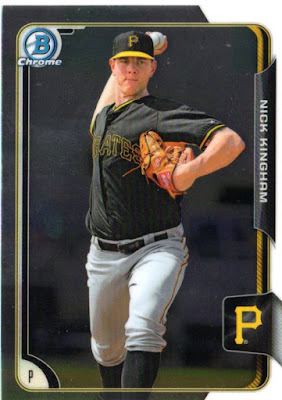 Both Jameson Taillon and Nick Kingham would have debuted with the Pirates last year, but injuries derailed their seasons. Kingham's arm injury occurred during the summer so it is likely most of this year will be lost too. 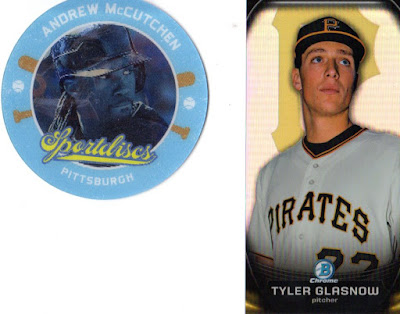 Glasnow is on most top 20 overall prospect lists. He should play a vital role at some point during the season.

I pulled a ton of the Sportdiscs, but I'm pretty sure I didn't get a Cutch. Jeff took care of that problem. 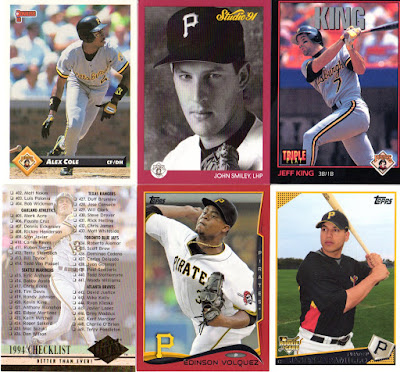 Some miscellaneous Buccos to round out the pwe. I feel like if Studio became a stand alone set again it would be huge within the blogging community. Triple Play was a nice set for the budget conscience collector back in the day. My parents would often buy me packs.

Thanks for the envelope Jeff. Sorry for the delay in posting.  Got backlogged around the holidays. Hopefully my return package arrived safely.