It is always exciting to get cards from a new trade partner.  A couple weeks back I approached JayP from the new blog Cards My Mother Didn't Throw Out about a trade. We exchanged addresses and before I knew an envelope was in my mailbox. 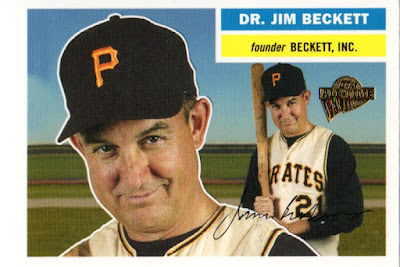 Like most people who collected the cards before the internet I relied on Beckett Magazine for my card news and price guide. It was always exciting to get the new magazine and check how valuable my 1989 Donruss set was.

Now it is almost comical to look at a copy of the magazine from the junk wax era. 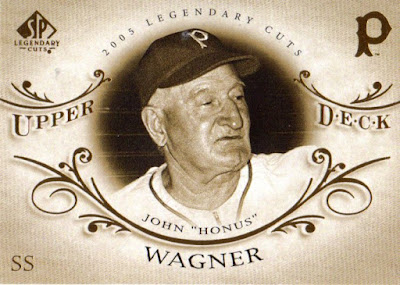 You could make a pretty fun mini collection just chasing new releases of legend players. I'm not talking "hits", but cards like this awesome Legendary Cuts Honus Wagner. What a cool looking card. 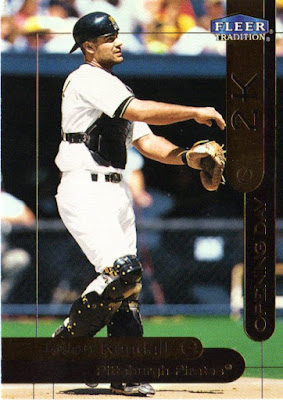 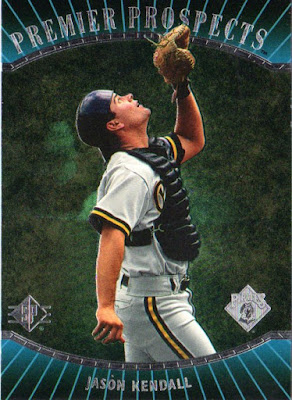 A couple of cool Jason Kendall's. If you were a fan of the Pirates in the late 90's you loved Kendall. The guy could do everything. He was such a unique talent for the catcher position. He was a high obp guy who could run well.  I'm digging the action shot on the Premier Prospects card. 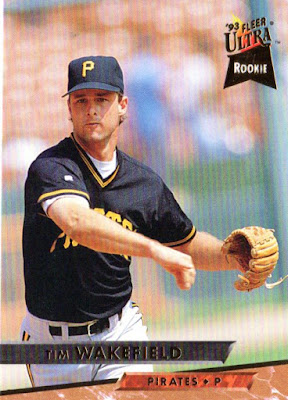 A lot of people forget that Wakefield was a Pirate. 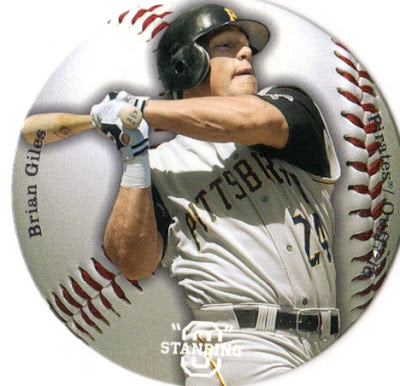 Giles consistently put up MVP numbers for the Pirates, but the team was so horrible that he was an after thought. Also hurt that their was a guy named Bonds in San Francisco. 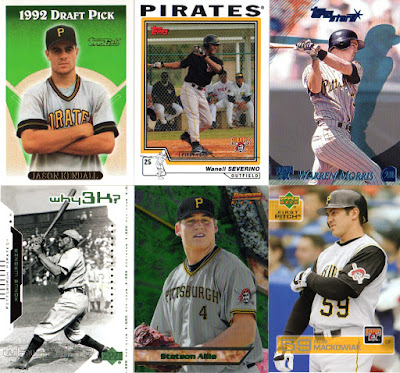 The Warren Morris is a parallel numbered /200. Hey, there is another modern Wagner. Maybe I should start that mini collection. 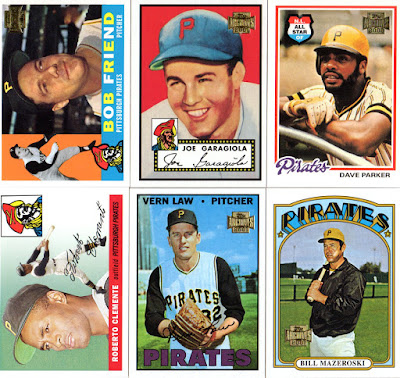 The old timey warmup that Maz is wearing looks like a Hefty bag.

I really liked the early 2000's Archives sets.  I would often open boxes and chase the Fan Favorite Pirates. The new sets have really priced out a majority of recreational box busters. The Major League and Will Ferrell autos made the prices shoot well past $100 a box. That is a little rich for my blood.

Thanks for breaking the ice JayP.  I'm still waiting on a card for you, but is expected tomorrow. I'll work on the return package this weekend.  I think you will really like it.

Email ThisBlogThis!Share to TwitterShare to FacebookShare to Pinterest
Labels: cards my mother didn't throw out, trade 2016