Brian is very in tune with my collecting habits. Whether it be a hit based bubble mailer or a pot luck PWE, he always seems to find something unique. This latest PWE may be one of his more eclectic yet. 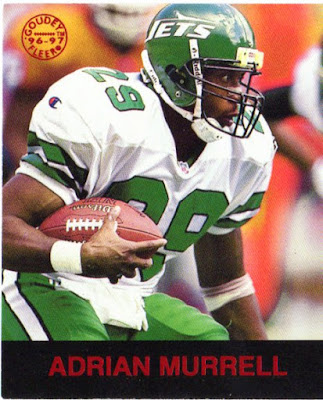 Adrian Hawaiian Punch Murrell! The nickname comes from playing his high school ball in Hawaii while his Dad was stationed there. WVU has produced a decent amount of running backs in the NFL, but Murrell is the only one to put together a long career in recent history. It took him a few seasons to get the opportunity, but he broke through with the Jets having two consecutive 1000 yard season. 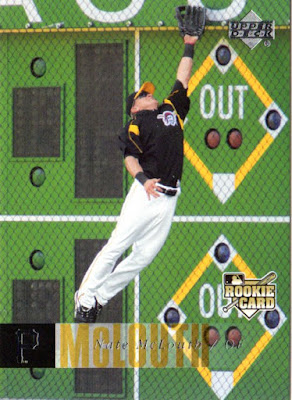 Mclouth was always a favorite of mine. He was never much of a prospect, but he forced the Pirates hand by performing well at every stage of the minor leagues. When he got full time duty in Pittsburgh he made an All Star team and won a Gold Glove.  He was rewarded with a long term extension.

Shockingly he got traded to the Braves shortly after the contract extension for pitching prospects Charlie Morton and Jeff Locke. The fanbase was shocked, but it wore off quick as the trade opened the door for Andrew McCutchen. 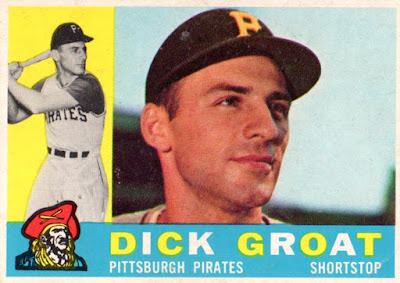 Dick Groat was one hell of an athlete. He was a star basketball and baseball player at Duke. He played some pro basketball before finally devoting all his time to baseball. 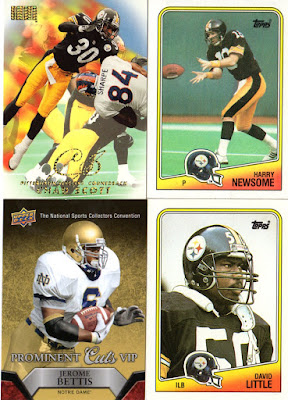 I loved watching the Bus. Out of shear luck I was at his restaurant in Pittsburgh the day he was enshrined in Canton. I had went to the Pirates/Dodgers game that afternoon and went there for a drink after the game not even thinking about his induction. 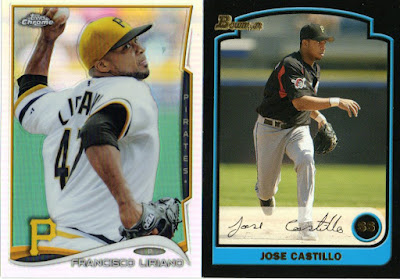 Love the refractor Liriano. The Pirates seemed to have struck gold signing Liriano to an extension. He doesn't pitch a ton of innings, but he still can dominate a game.

Jose Castillo was such a tease. He and Jack Wilson made a great double play combination, but Jose's bat never came around. Eventually his departure lead to Freddy Sanchez getting more playing time.

A nice sampling of Pirate vintage! 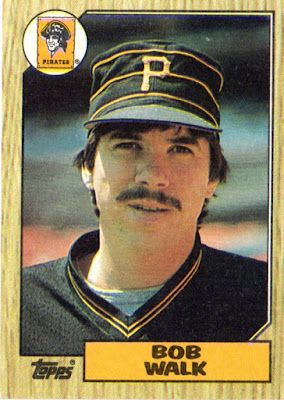 Thanks for the great cards Brian. The PWE was a cool surprise. Just recently I ended my dry spell and finally found some high quality Twins cards to send your way.

Thanks for reading!
Posted by BobWalkthePlank at 8:31 AM