I'm a glass half full type of person. I tend not to let the little things bother me. My wife describes me as annoyingly positive. I take that as a compliment. 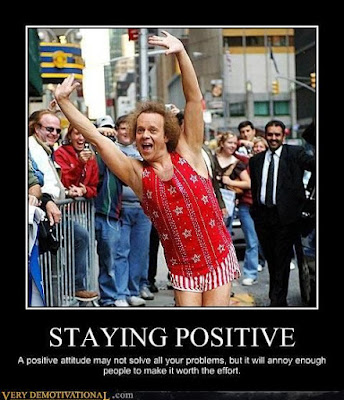 Part of my positive persona was shaped by watching bad baseball for the better part of 20 years. When you are historically bad you try to find that silver lining in everything just to keep interest. The Pirates couldn't win to save their lives, but that helped me become a better fan. I took greater appreciation in the minor league system, educated myself on sabermetrics and started to follow the league as a whole rather than live in the bubble of the train wreck in Pittsburgh.

Once the Pirates turned the corner things couldn't be better. The Pirates are entering their 4th season as legitimate playoff contenders. The only issue is their damn division.

For the better part of the last ten years the Cardinals have ruled the Central with an iron fist. Even when the Pirates won 98 games last year they were outdone by the Red Birds winning 100. It is very painful to watch your team lose in a one game playoff after winning 98 games. That would have won any division other than the NL Central.  It would be nice to see the Wildcard become the best of 3, but that his a whole other post for some other time.

Like any good Pirate fan I was happy to see the Cardinals struggle this offseason. They failed to resign Jason Heyward and John Lackey and lost out on the international market to the Twins when trying to bid on Byung Ho Park. Needless to say I was happy, but the happiness was short lived.

Where the Cardinals failed the Cubs succeeded. Already blessed with arguably the best young core in baseball they were able to sign Heyward and Lackey. Baseball pundits began to drool as their roster took shape.  The Cubs officially became the new toast of baseball.

Like any good Pirates homer I was secretly holding out hope that the Cubs would pull the Nats of last year and come out of the gate slow. The Pirates have been slow starters the last couple of years so that would help the hole being dug too deep.......

Well, that didn't happen.  The good news is the Pirates actually played winning baseball in April, but the Cubs decided to come out of the gate 24-6. Ouch! While it is only one month and the baseball season is very long, Pirate fans are already thinking "here we go again."

So Cubs bloggers, here is my offer.  If you can make your team have a nice ten game losing streak in the near future I'll send you cool cards! Maybe kidnap Jake Arrieta, or somehow feed the team some bad chicken at a team meal.  It is your chance to be creative!

In all seriousness I like that the NL Central has three legitimate playoff contenders. It makes it fun to watch the game in person and they make for good TV.  When players are getting mad in April you know they really care about the games. So I'm not going to wish for players getting injured or anything like that, I just want to the Cubs and Cards to lose every game! I'm not asking for much :)

My motivation for writing this was actually cardboard related.  Look at what I came into... 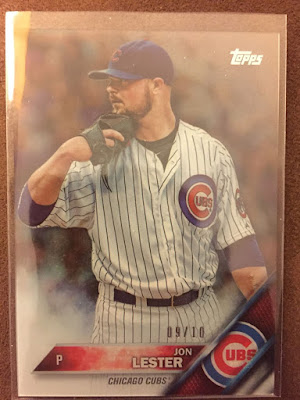 I'm always on the lookout for Pirate acetate cards and this happened to pop up a couple weeks back. I thought the price was well below its actual value and a I snagged it. I'll probably pass it along to one of the great Cub cardboard bloggers out there soon. All you have to do is make the Cubs lose a bunch of games in a row :)


Posted by BobWalkthePlank at 6:02 PM