You can check out my favorite players here....

It was much harder to come up with a list of players I don't like. If you google search most hated MLB players most lists have guys like Arod and Puig.  The steroid stuff and bad clubhouse guys just don't effect me much. I try to keep my love and hate to actual play on the field.

Here is my list of  7 guys.  The numbers don't represent a degree of hate, I just kept adding guys until it got hard to think of somebody.

1. John Lackey - He is the kind of guy that bitches and moans about strike zones and will make note if you spend too much time admiring your homerun. AJ Burnett was like this to a certain extent with the Pirates, but at least he seemed like he had fun every once in a while. Lackey seems to have the proverbial stick up the ass. 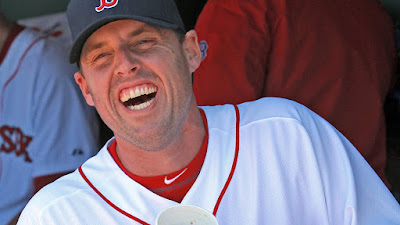 2. Brandon Phillips - I'm sure most Pirate fans would have him on the list. By all accounts Phillips is a pretty good dude in the community. He will show up to random community events unannounced and is for the most part is fan friendly. Where things get bad is when he was quoted that his 72 million dollar contract was a slap in the face compared to the deal Joey Votto got. He also ridiculed a reporter for calling out his OBP by calling him a "fat mother Fu*ker. I found both of those events kind of funny. 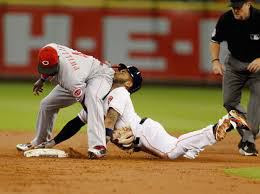 The event that really sealed the deal for me was when Phillips accused Pirates reliever Jared Hughes of saying a racial slur after hitting him with a pitch. Obviously those are some serious allegations but all the umpires and other players said they heard nothing.  Also their was review of the tape and Hughes was swearing at him, but no racial slurs.

3. Ryan Braun - I don't really care about the steroids, but throwing the tester under the bus and getting off on a technicality was bullshit. Karma caught up with him a few months down the road when he was named in the Biogenesis scandal. 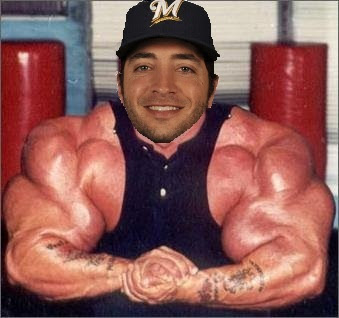 4. Jonathan Papelbon - He just seems like a huge douche. Perhaps the biggest douche in MLB. 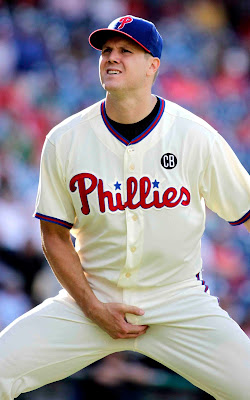 5. Brian Mccann - He has actually been pretty quiet as a Yankee, but for the longest time he was president of the MLB no fun police. 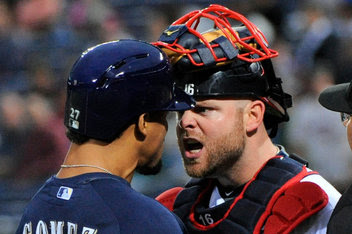 6. Adam Wainwright - As a Pirate fan I'm obligated to have one Cardinal on here. Probably the most annoying thing he did was telling the media he let Derek Jeter get a hit off of him during his last All Star game. Way to make the moment about you Adam. 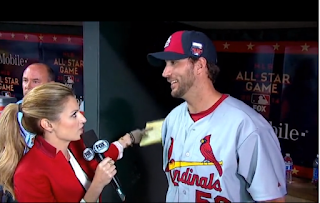 7. Chris Coghlan - In case you forget he is the one who destroyed Jung Ho Kang's leg last September in a slide. Coghlan was just playing the game the way he always played, but as a Pirate fan I'm allowed to be bitter that we lost a key component right before the playoffs.  I'm glad they changed that rule because it was getting old seeing shortstops getting their legs broke. Maybe I should have put Chase Utley. 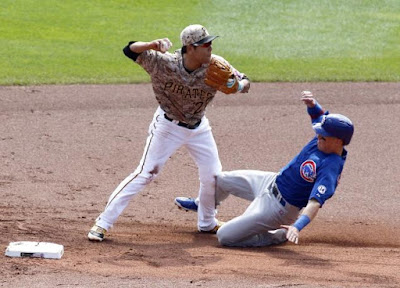 I'm sure I'm forgetting some good ones, but these were off the top of my head. I know I'm probably one of the few that won't have Arod on the list.  I just don't care about him enough to dislike him.

PS...This was supposed to go live last night but I started watching Total Recall. I think that might be my favorite Arnold movie.

Posted by BobWalkthePlank at 8:02 AM