As I'm writing this it is 12:45am. The Penguins are going to the Stanley Cup! What a crazy season for the Pens. Halfway through it looked like they were a fringe playoff team and then they suddenly turned into an unbeatable force. The combination of a coaching change, trades and bringing up a slew of minor leaguers propelled them into the Finals.

Speaking of hockey my pal Adam from Cardboard Clubhouse hooked me up with a ton of cards where the Pens were the dominant theme. 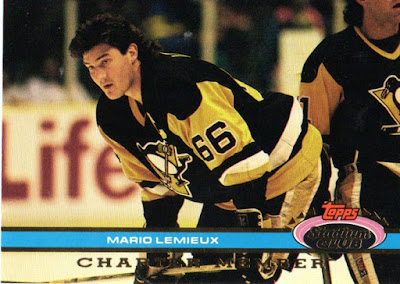 The early 90's Pens were my first taste of hockey as a young kid. My Grandfather took me to my first game and I was hooked. Helps to have a guy like Lemieux grab your attention. 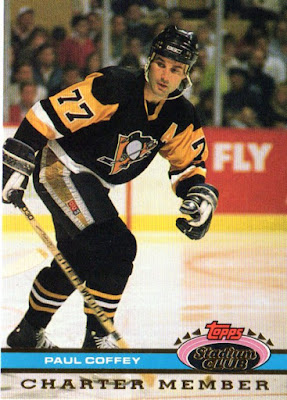 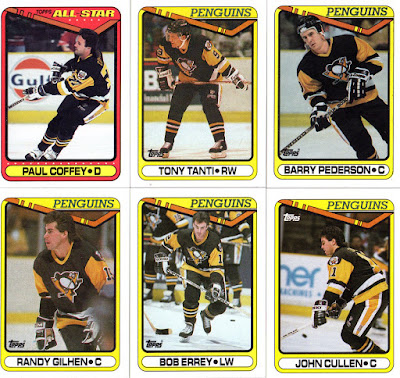 Bob Errey announces for the Pens these days. 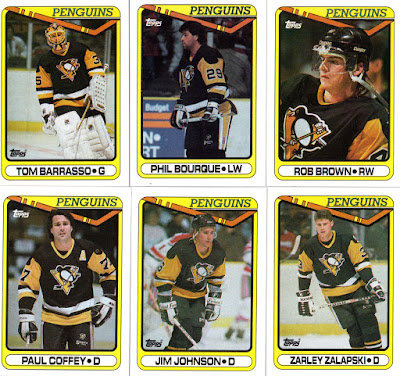 Tom Barrasso was borderline insane when he played. He had a mean streak like none other in goal. 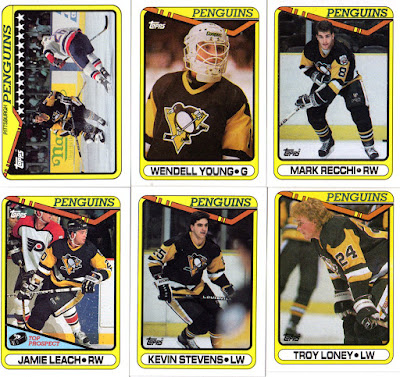 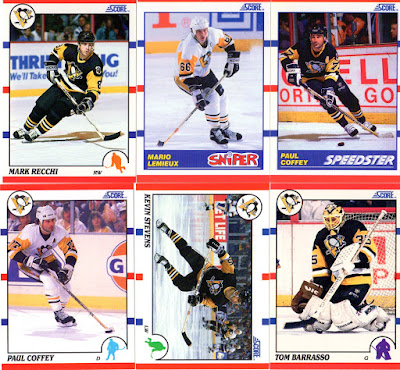 The Pens had a ton of talent during this period. I think Mark Recchi played for about 63 years. The guy was a cup magnet at the end of his career. 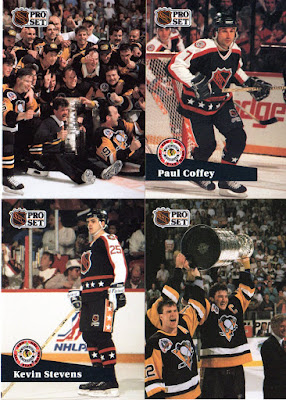 Some cool All Star and Stanley Cup cards. 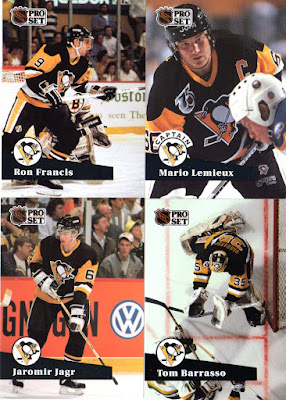 A very young Jagr! It is amazing how productive he still is. The guy is a freak of nature.

Now for a little baseball.... 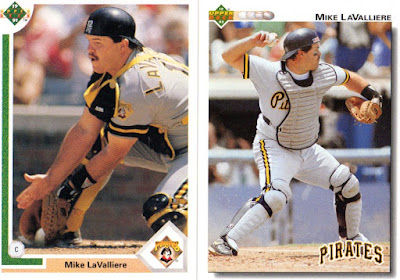 Not many players fit their nickname better than Mike Spanky LaValliere.

Jay Bell might be the leader in the pondering life pose for baseball cards. 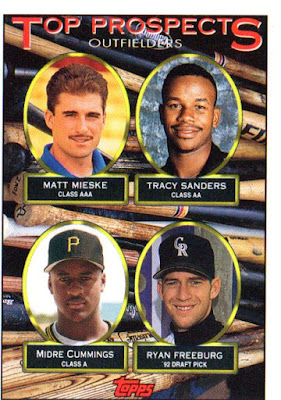 Even though Adam sent this card to me because of Midre Cummings, the Matt Mieske photo is the true treasure. That is one smooth looking dude. 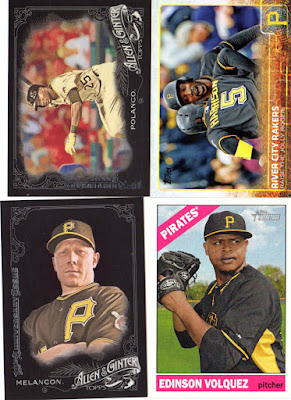 I've been kind of a sucker for the Pirate team cards the last few years. They all have Cutch cameos! Also, how about Gregory Polanco?!! He really is coming into his own.

Thanks for all the great cards Adam. Sorry your first attempt got lost in the mail. I'm still holding out hope that it will show up at some point.

Thanks for reading and have a nice holiday weekend!

Posted by BobWalkthePlank at 10:10 AM