Today is an odd day at work for me.  I was actually given permission to leave early, but I had a 5:30 meeting scheduled to accommodate a doctors clinic schedule.  You could hear a pin drop in my building. It's like an abandoned building that Rick in the gang from the Walking Dead would rummage for supplies. In order to keep my sanity I took a nice long lunch and purchased some packs of Update at my local Walmart.

While nothing too exciting came from the packs it was nice to bust packs at work.  Here are some pics of the nicer cards.  Excuse the picture quality as these were taken with my phone. Maybe 6 months down the road I'll find out that I have a photo variation like I did with Mariano Rivera in 2013 Update. 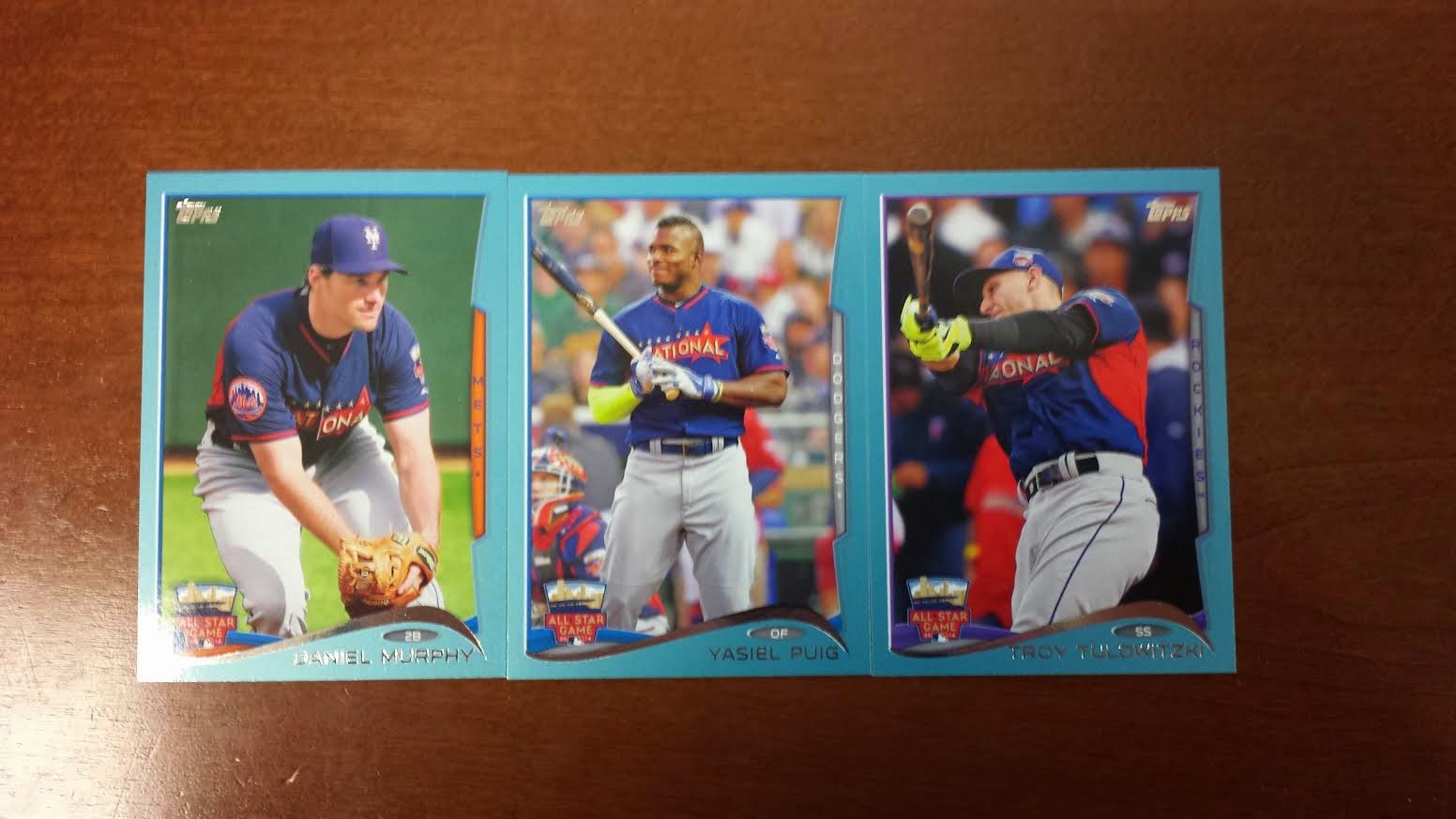 3 of my Walmart parallels were of the All Star variety. It was cool to get Puig and Tulo.

I guess if you are going to get a run of the mill insert it doesn't hurt to get the best player in the game. 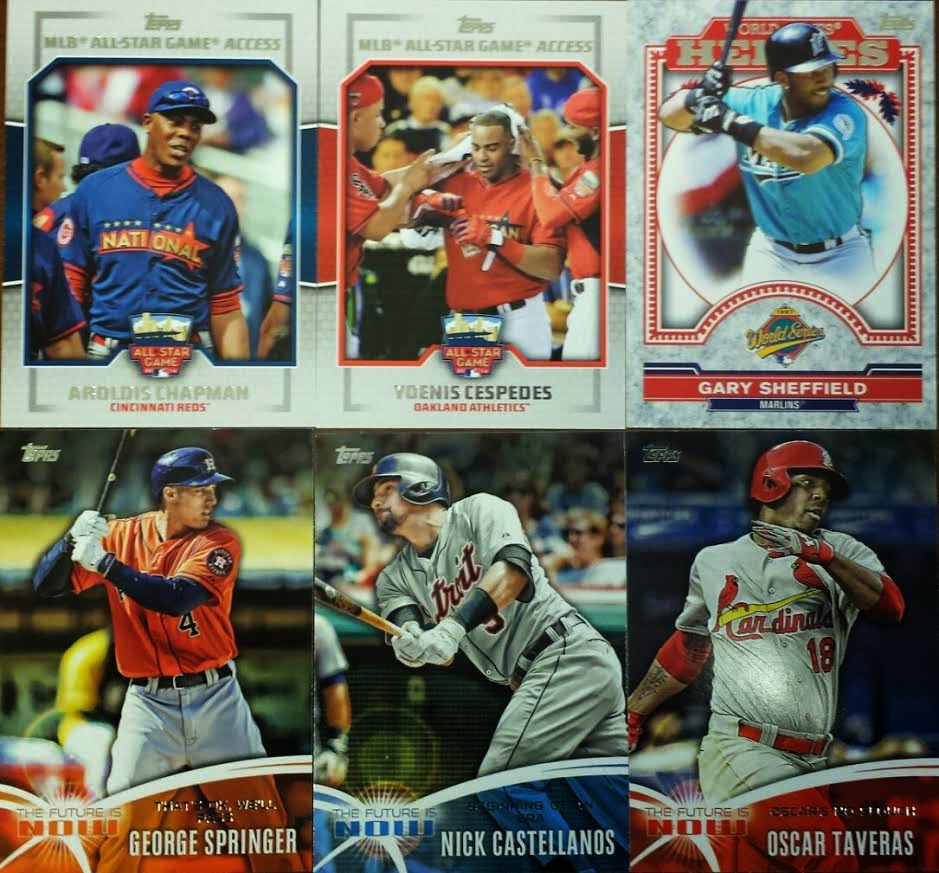 Heavy on the Cuban imports with the All Star Game Access cards. 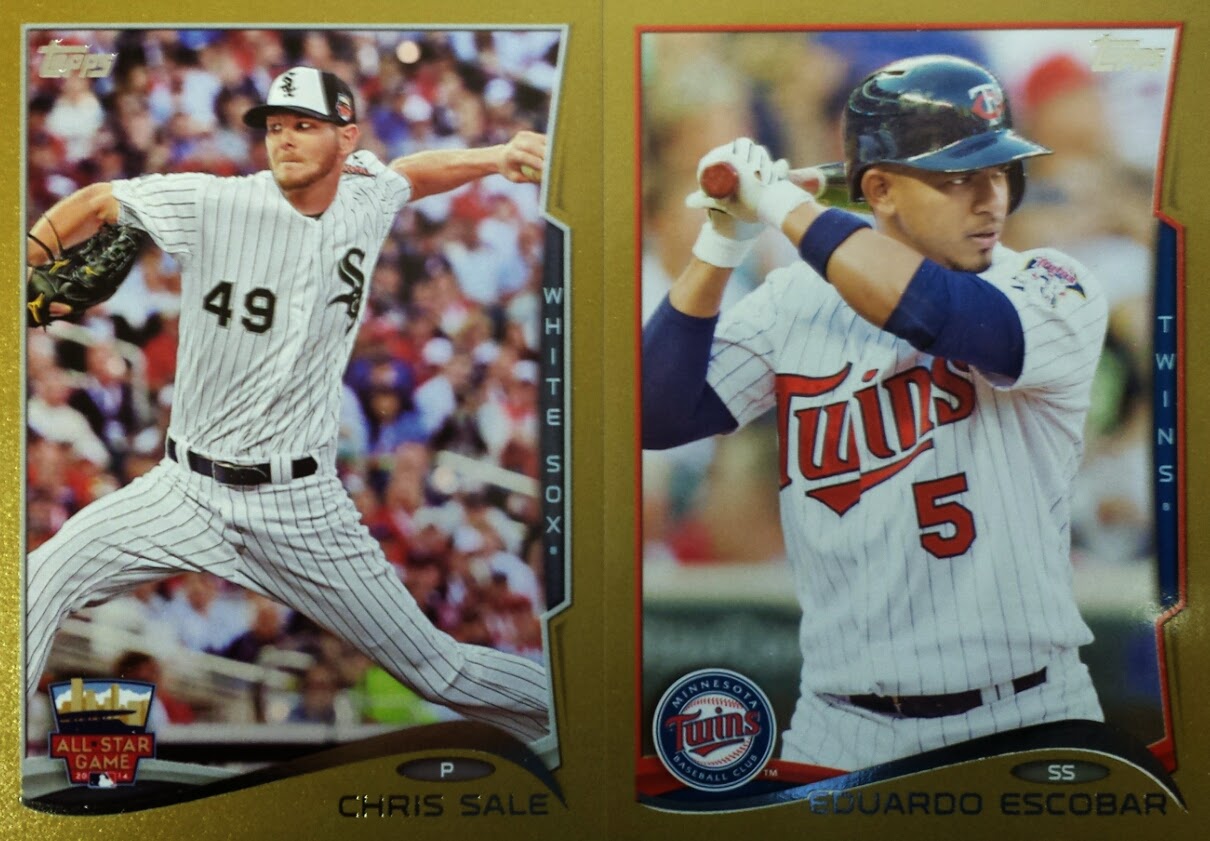 The Chris Sale gold was a pretty nice card. 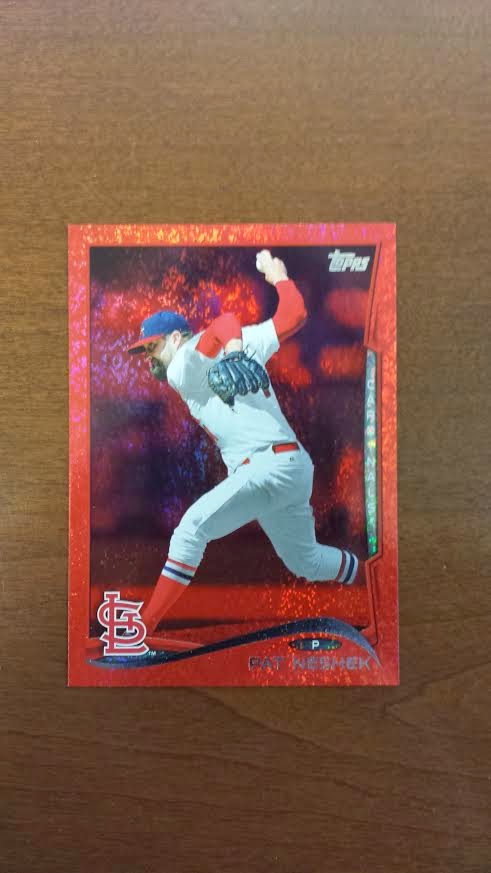 Bad picture, but it is pretty easy to spot Pat Neshek's delivery. 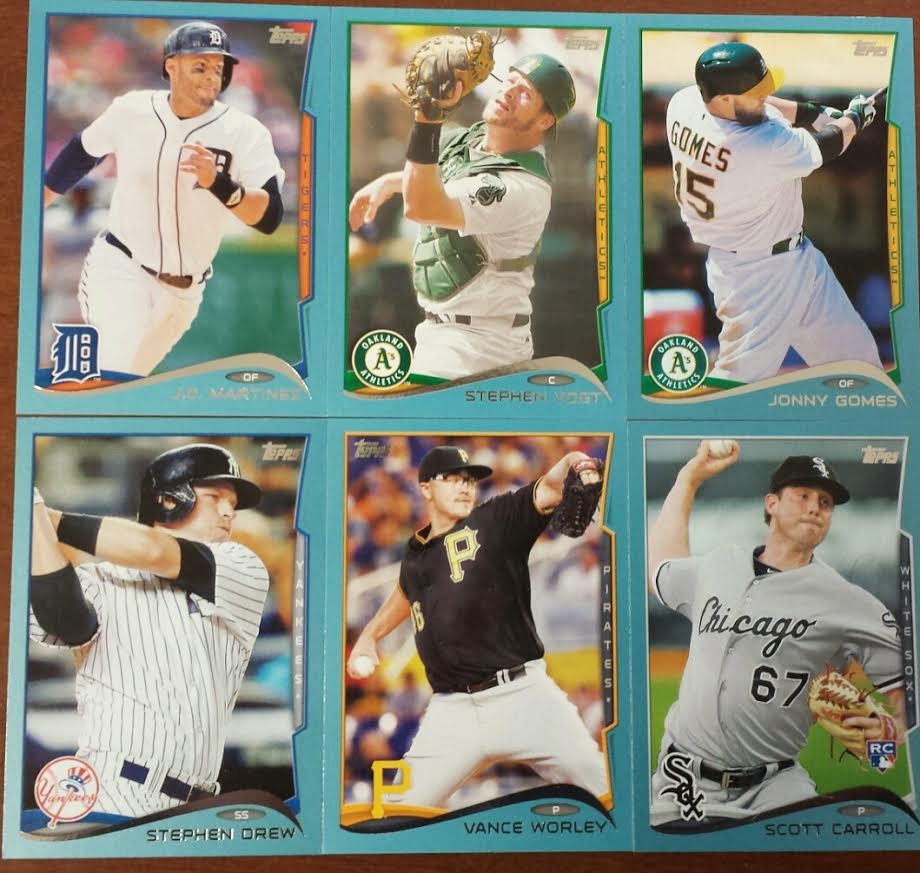 The rest of my Walmart parallels including the "Vanimal" Vance Worley.

Hope everybody has a safe and fun New Year.
Posted by BobWalkthePlank at 5:20 PM