Trade: Swing And A Pop-Up

A few weeks back when I was organizing some of my trade bait I sent some extra Sox cards to Bert from Swing And A Pop-Up. I did this not expecting anything in return, but Bert sent me a package full of Pirate hits. 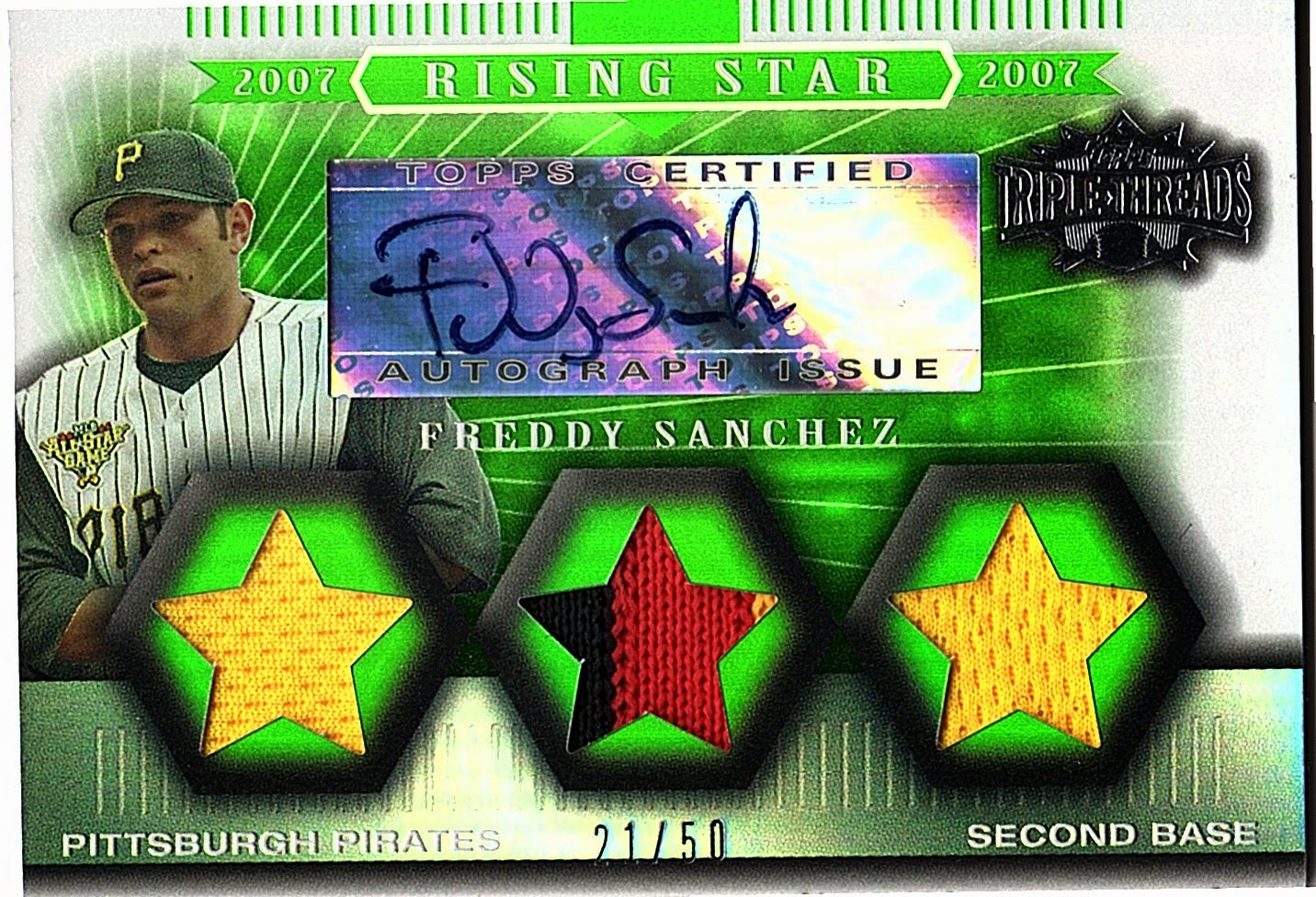 Freddy Sanchez had an interesting path to the Pirates. He was part of the return in the trade that sent Jeff Suppan and Scott Sauerbeck to the Red Sox. Most of his first season was spent injured, but when the opportunity presented itself at the big league level he took full advantage. Sanchez made three All Star teams with the Pirates and played a big part in one of the Giants World Series victories.

What a beautiful card! The patch in the middle is from the red alternate jersey the Pirates wore in the mid 2000's. Have to love Triple Threads. 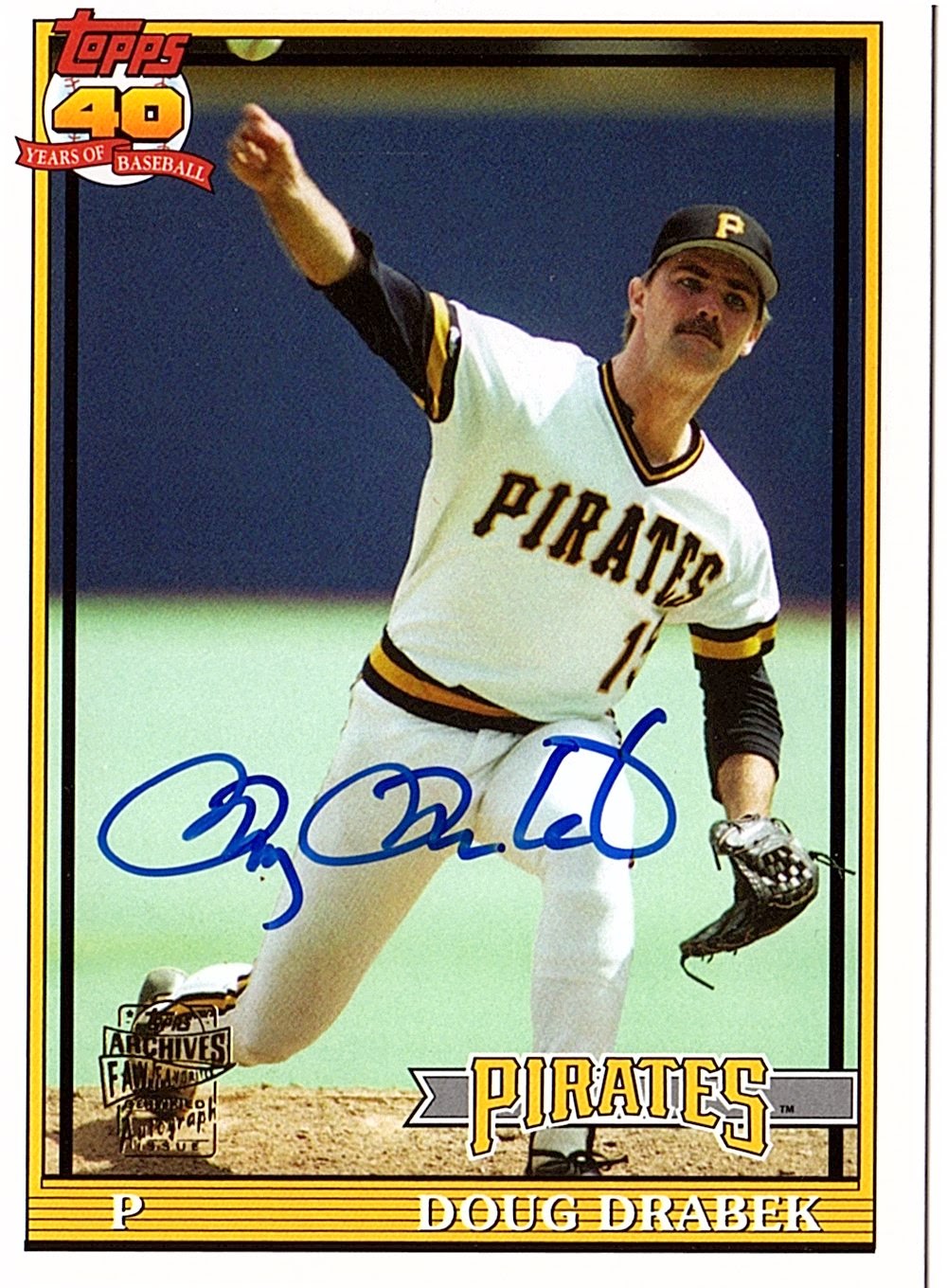 Another nice surprise was this Doug Drabek from Archives. I've had a few of these over the years, but always find when I trade with other Pirate collectors that this is a sought after card. Drabek doesn't have much in the way of auto's and relics so it is always nice to add this one when I can. 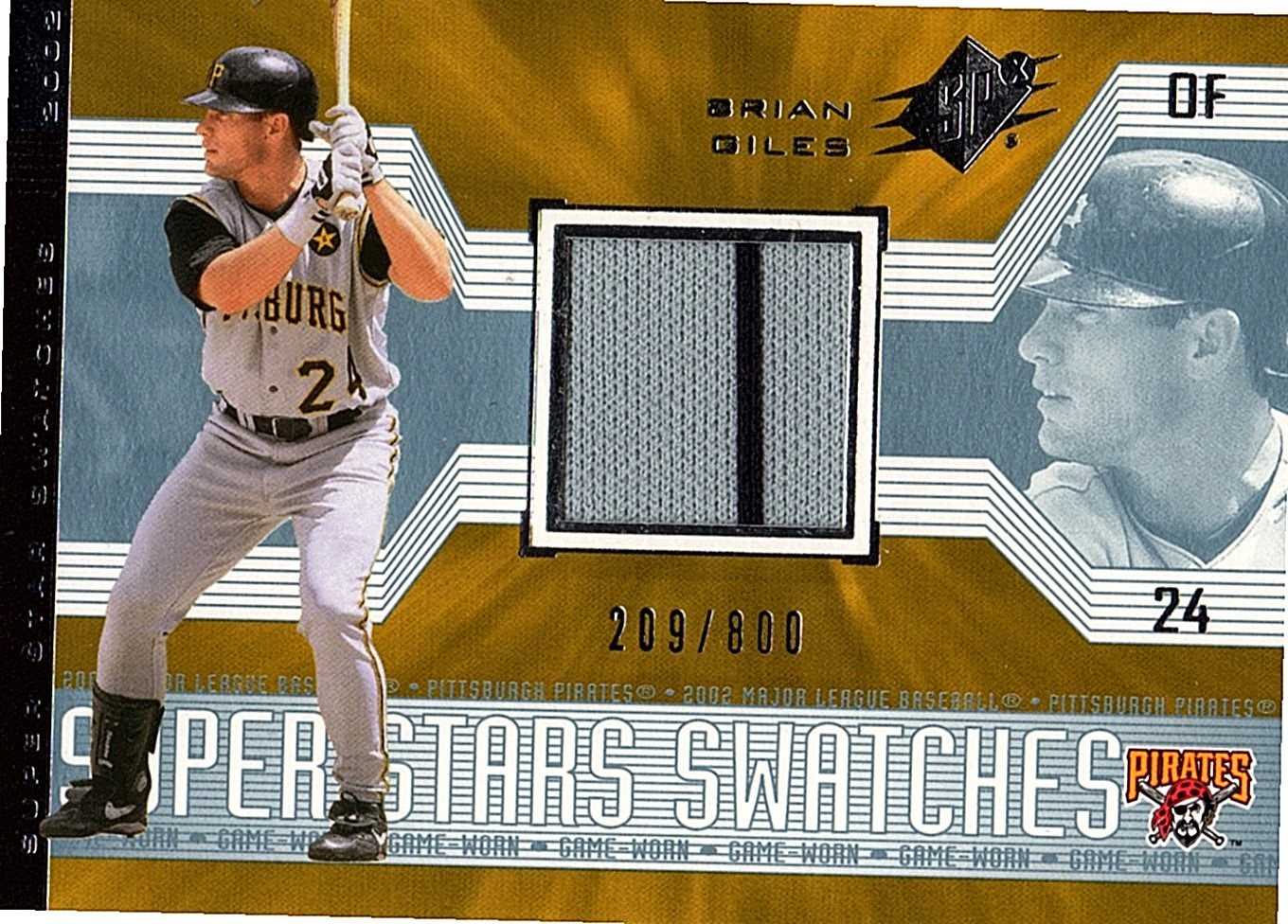 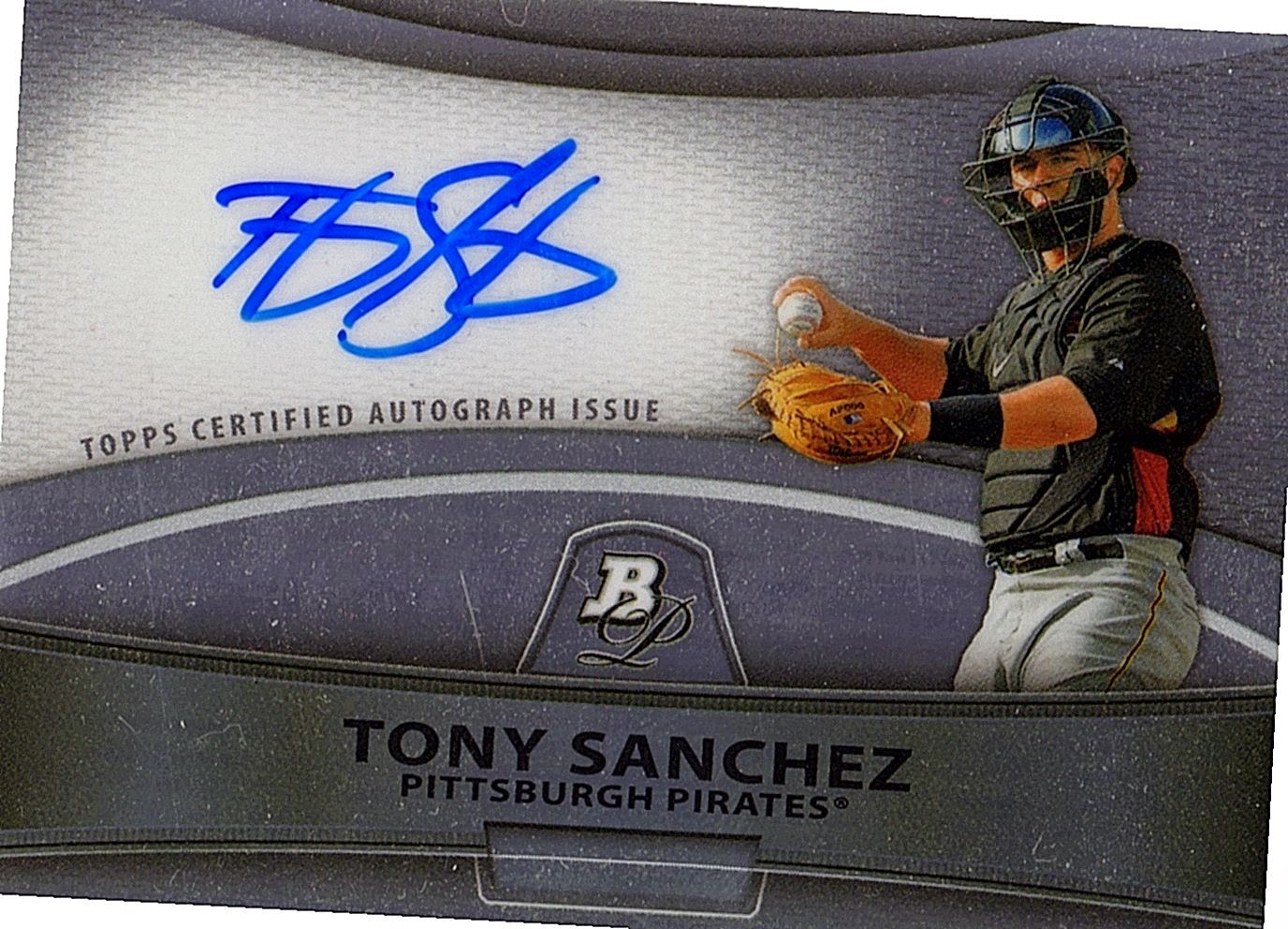 This autograph really pops in the dark blue. I'm not sure what to think of Tony Sanchez anymore. The former first round pick has suffered many set backs in his professional career mainly due to injuries. It looked like he was poised to take over for Russell Martin, but the acquisition of Francisco Cervelli makes Sanchez the odd man out. The Pirates put a high priority on pitch framing and controlling the running game and Sanchez has struggled in that aspect the last few years. His only hope to making the Pirates will be as a reserve first baseman. Wouldn't surprise me if he was part of trade this season. 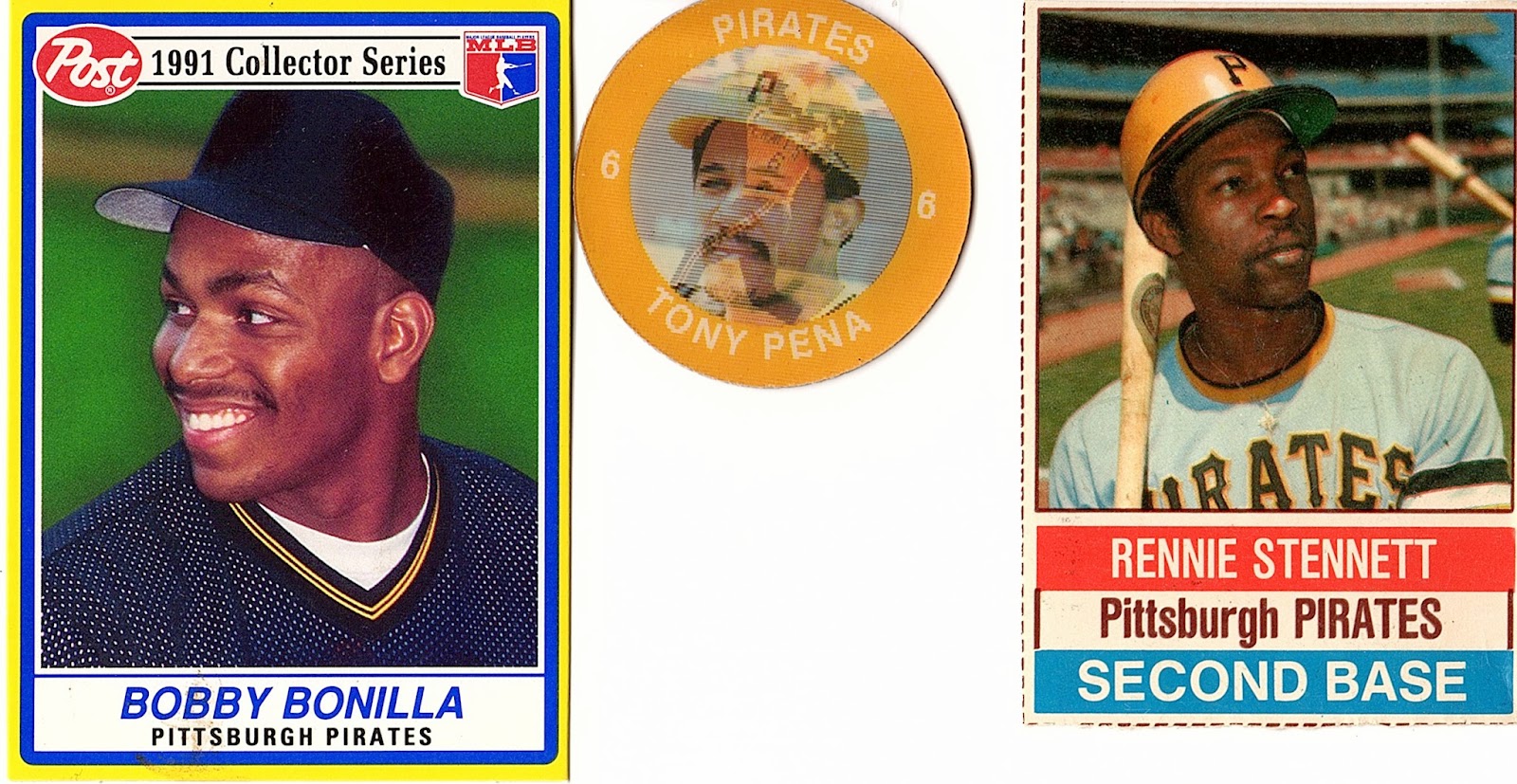 Some nice oddballs to round out the trade. I've had a nice run of obtaining 7-11 collectibles lately. The Tony Pena chip in the middle is a nice addition.

Thanks so much for the cards Bert! I'll continue to hunt some cards that will fit your collection. Your Red Sox have been busy so I may have to let the dust settle to get a better grasp of their roster.

Posted by BobWalkthePlank at 3:06 PM

Email ThisBlogThis!Share to TwitterShare to FacebookShare to Pinterest
Labels: swing and a pop-up, trade