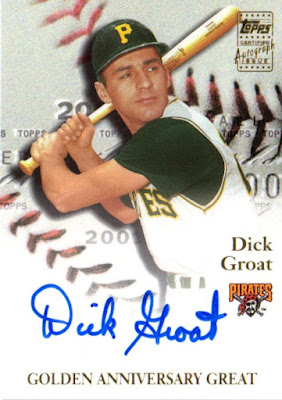 Might as well start big. Recently I shipped off some Dbacks to Daniel from It's Like Having My Own Cardshop and boy did he fire back. Man I love this card. Such a nice on card signature to go with a cool photo. Thanks for tracking this one down for me Daniel. I've probably lost this card via auction about 10 times. 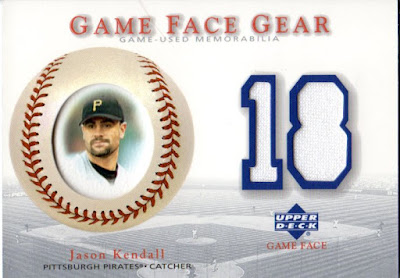 These Game Face Gear cards are huge. If I recall only Kendall and Giles were featured in the set. Great card! 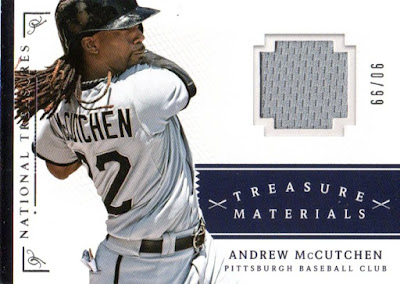 I miss the dreads! That is what happens when you get married. Poor Cutch lost his calling card. At least it didn't effect his game. Superstitious Pirates fans were worried. 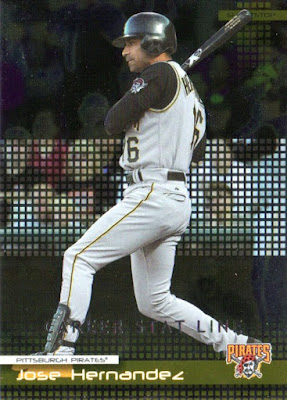 Jose Hernandez was your typical all or nothing hitter. He had great power, but boy could he strike out with the best of them. He was able to stay in baseball forever because of his versatility. The card above is a stat line parallel from 2004 Donruss. This is numbered to 251 which is Jose's career batting average. 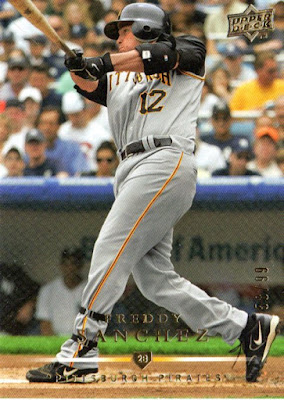 The base parallels in UD were hard to come by. Glad to see Daniel sent me this Freddy from 2008 Series 2. These were numbered to 99 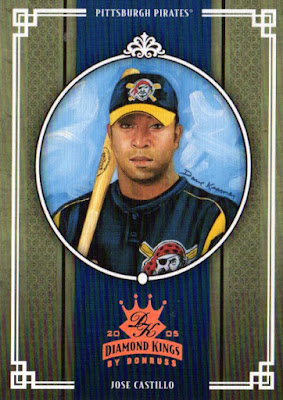 I'm a huge Diamond Kings fan. The Pirates were well represented in these sets. This is a parallel numbered to 100.

Thanks so much for the cards Daniel. The Dick Groat was such a nice surprise. I'm sure I'll have plenty of new Dbacks for you in the near future.

Thanks for reading.
Posted by BobWalkthePlank at 6:18 PM

Email ThisBlogThis!Share to TwitterShare to FacebookShare to Pinterest
Labels: it's like having my own card shop, trade 2015