It has been a fun weekend in Bob Walk the Plank country as WVU football opened up their season last night against Georgia Southern. WVU came in only an 11 point favorite as Georgia Southern returned pretty much their entire team, and run the triple option. The good thing is the Mountaineers returned their whole defense and was able to smother the running game and cause turnovers when Georgia Southern was forced to pass. The final was 44-0!

Jeff from Wish They Still Came with Bubble Gum and I are becoming frequent trade partners. He always hooks me up with his Pirates and WVU guys from his retail purchases. 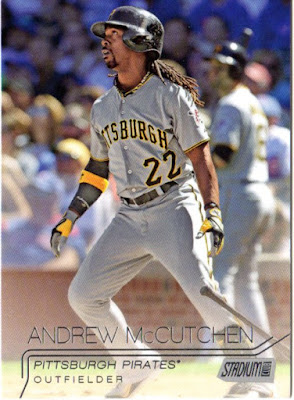 The photo is a little run of the mill for TSC, but Cutch makes everything look cooler! This was a shot from last year in what looks like Wrigley Field. 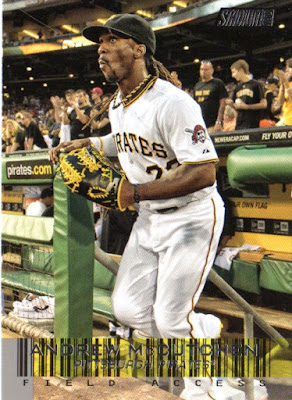 This was the Field Access insert set which featured some cool shots. 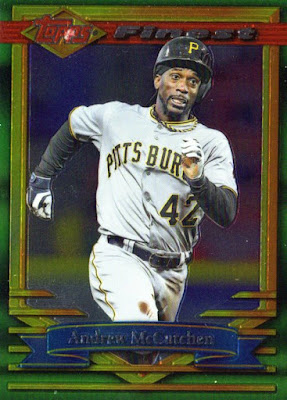 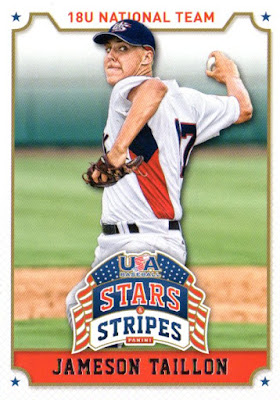 I've been trying to win some of the Taillon cards in this set, but for whatever the reason they seem to go higher than expected. 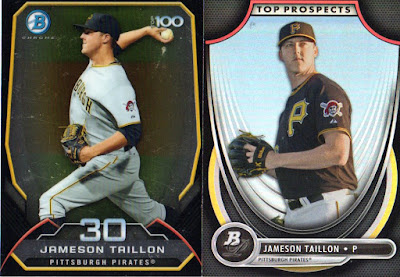 Some more Bowman Taillon's! Hopefully he will be ready to help the big league team next year. 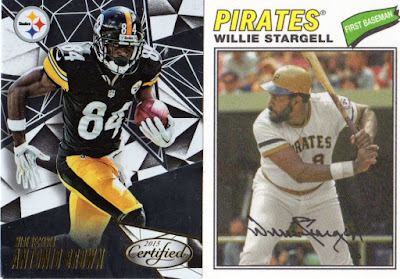 Antonio Brown has turned himself into an absolute force. Blessed with great hands and lightning fast speed, he seems to improve every year. The Steelers offense should be able to score a bunch, but the defense on paper looks to be pretty bad. 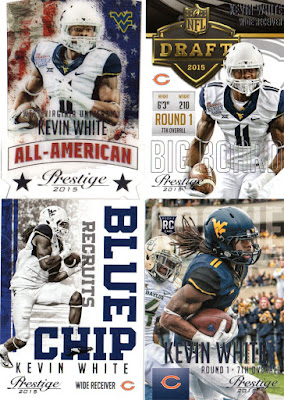 I was excited to see the Kevin White's. It is a shame that he suffered the injury as most pundits were expecting big things this year. I'll probably use this as an excuse to load up while prices go down.

Thanks so much Jeff for the cards! Love the Prestige White's. I'll be sure to continue holding back some Braves for you and hit you up soon.