I went to the second half of the doubleheader on Tuesday against the Cubs with one of my bosses. Our original plan was to see about half the first game, but work obligations kept us in Morgantown too long. Either way it was a perfect day for a game.

I was able to get really nice tickets for the game so the pictures are a better than usual. My favorite part of the evening was watching David Ross. Ross doesn't play too much for the Cubs. He is to the point where he catches Jon Lester and is a defensive replacement. Boy does he love dropping the F bomb. At one point in the game he was trying to get to third base on a sac bunt attempt by Lester. It was a close play but he beat the throw to third. He would score soon after and upon returning to the dugout he screamed to his teammates "how bout that fucking slide bitches." It was hilarious and he had his teammates cracking up. A few parents in the front rows were not pleased, but they are idiots for not expecting that stuff from a major league dugout. Personally I thought it was a nice fucking slide too..... 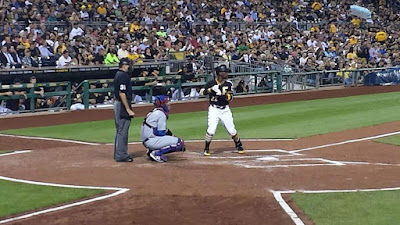 Nice picture of Cutch at the plate. 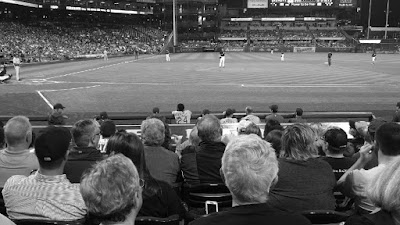 I didn't realize I took some hipster black and white shot. Maybe I should do weddings. 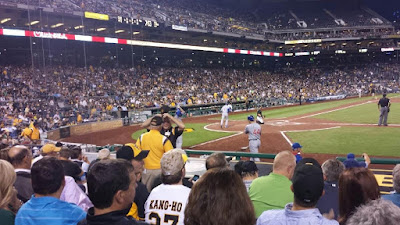 I was digging the Kang-Ho shirt. Little did I know that Kang's season would end with a devastating leg injury thanks to Chris Coghlan two days later. I'm not that mad at Coghlan as baseball allows the runners to do that for some odd reason. Just upset that the Pirates have lost arguably their second best hitter this year for the playoff run. I'm glad the Pirates didn't start some kind of bean ball war. Unwritten baseball rules are stupid. 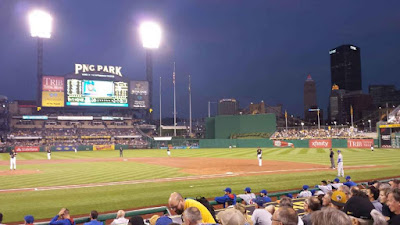 Nice view of the outfield. Like I said above, it was a perfect night. 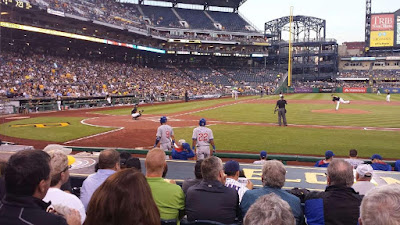 Javier Baez and Addison Russel coming out of the dugout. 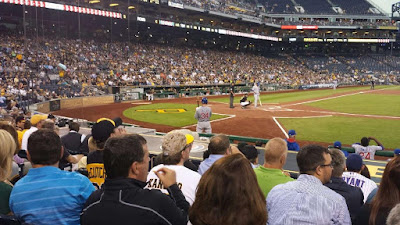 The Pirates would lose the game, but it was a great night. I was hoping the Pirates could get into the weak Cubs bullpen, but Lester was very efficient. It pays to have big time starting pitching and the Cubs have two really good ones on top of their rotation.

Thanks for reading!
Posted by BobWalkthePlank at 3:44 PM