Boy oh boy, where do I start with this one. Dennis from Too Many Verlanders channeled his inner Jaybarker with this trade. You know you are in for something special when the trade has to be delivered in a priority mail box.

This actually marks the 12 trade that Dennis and I have made since I started Bob Walk the Plank! 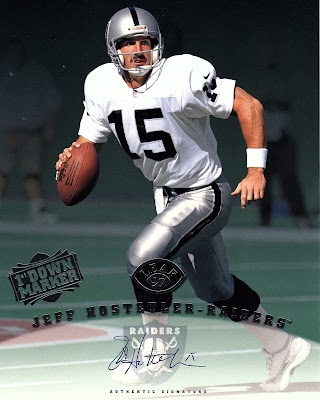 This beautiful 8x10 Auto of Jeff Hostetler was the very first item to come out of the box. Hostetler doesn't have much in the way of certified autos so this is a very welcomed addition. He still lives in Morgantown and run into him quite a bit. He is a big dude so he is an easy guy to notice. 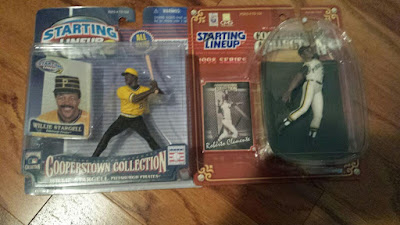 I have a very large Starting Lineup collection that is still stored at my parents house. One of these days I need to get them to my house. I never had any of the Startling Lineup 2's as I had stopped collecting before these were released. Happy to add the Pops to my collection.

The Clemente piece is a classic. I have one that is still boxed up so I may free this one and put it in my office.

Now for a crazy amount of WVU hits. 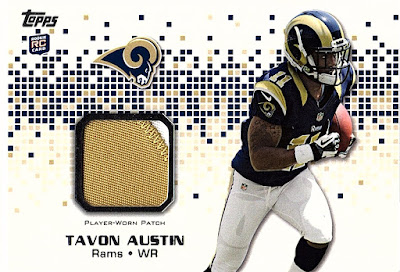 A sweet patch of Tavon. 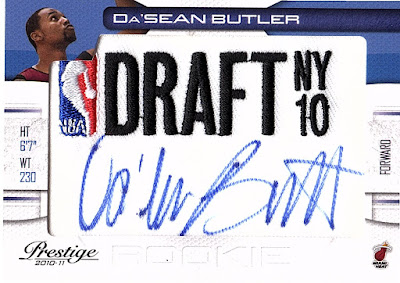 This is one of the better looking signatures that I've seen on these type of cards. A lot of times these look extremely faded, but Da'Sean did a good job with pen pressure and utilizing the space. Sweet card of the WVU legend. 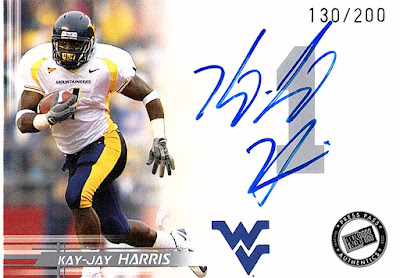 Kay Jay Harris played one of the most memorable games I ever attended at Mountaineer Field. He torched East Carolina for 330 yards rushing. At the time it was a Big East record. 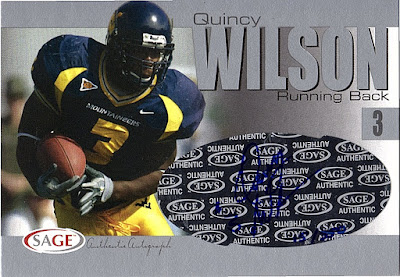 Quincy is from WV and was one of the strongest runners in school history. I remember being so excited when Press Pass and Sage were released around the NFL draft. I would try and hunt down WVU guys right when they were released. This is a sharp looking card! Nice patch to go with the auto. 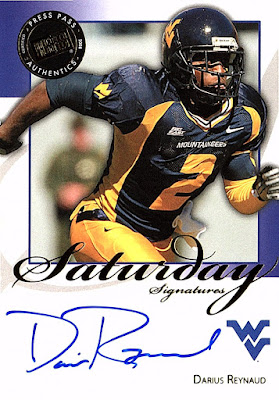 WVU should be called slot receiver U. Seems like our offense is made for super fast, shifty receivers. Reynaud was a product of Rich Rodriguez's offense. 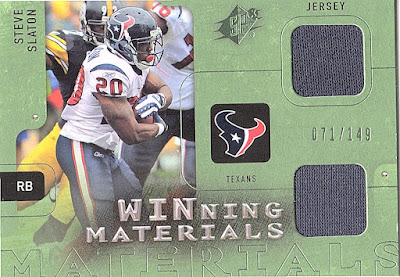 Hard to keep track of all the SPx variants, but it is still a very nice card. Slaton was a stud for the Mountaineers. 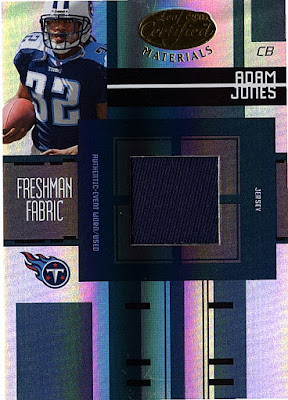 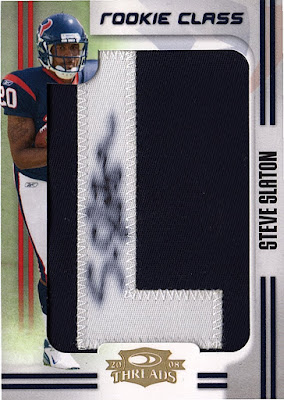 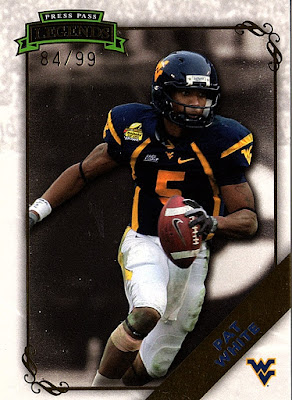 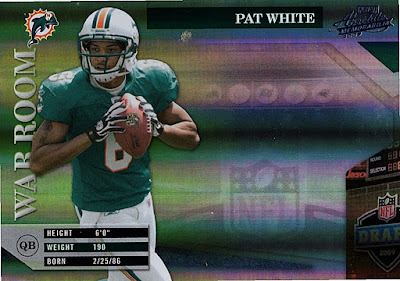 I keep hoping that WVU would retire Pat's number one of these days. Not the most gifted quarterback but man he made the most of his talents. 4 bowl wins including 2 BCS victories. 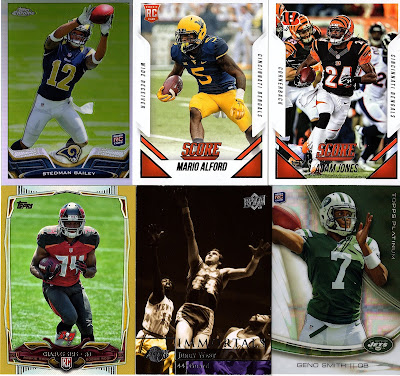 My first Mario Alford card. I've been noticing some autos hit eBay lately, but I've been holding out. 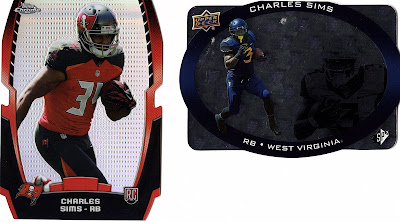 Now for the Bucco hit parade.... 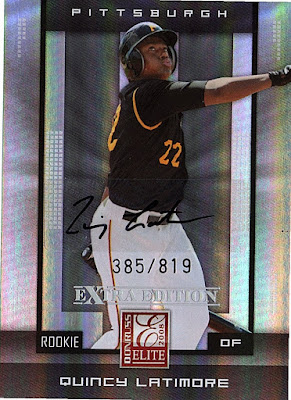 Latimore never panned out for the Pirates after being a 4th round pick out of high school. Looks like he is playing in the Baltimore system. 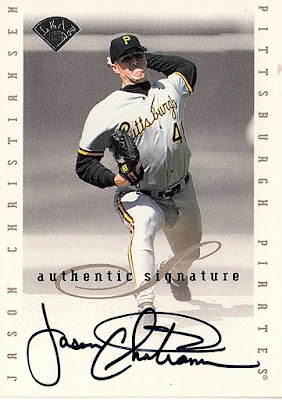 A little reliever love by Leaf. By the way Leaf Signature is awesome! 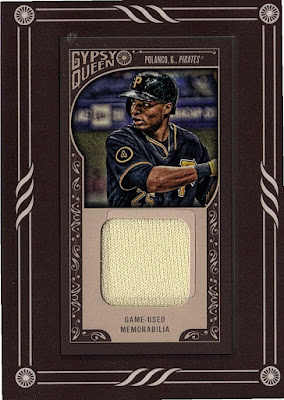 Polanco needs to start hitting as their has been lots of rumors the Pirates are going to at least try and find a platoon partner at the deadline. Framed relics are fancy! 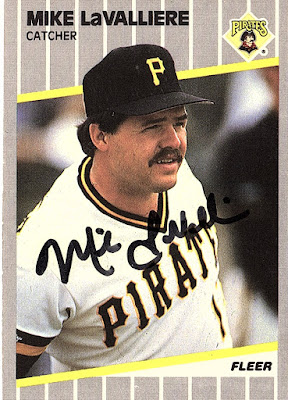 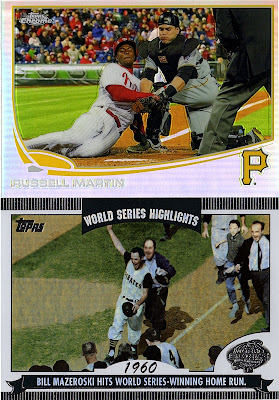 I'm glad Cervelli has played well for the Pirates as I thought the loss of Russell Martin was going to cripple us.

Nice shot of Maz's very memorable homerun against the Yankees. 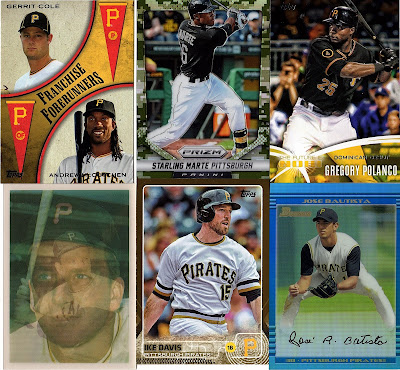 Been a while since I received a Sportflics card.

Now for the heavy hitters 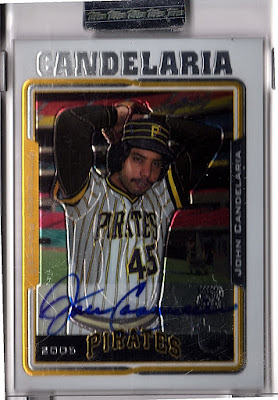 Hard to scan the encased Topps Retired cards. I've said it a thousand times but the Candy Man is cardboard gold. If you could somehow make a triple auto with him, Teke and Dave Parker my head would explode. 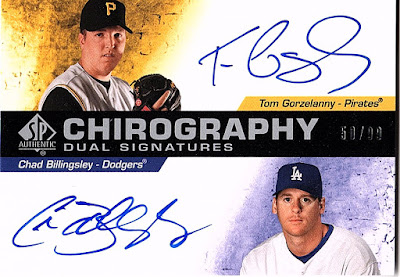 Here is the first of the White Whales. This card wasn't necessarily rare, but it was elusive. For a while this card seemed to show up on auction pretty regularly, but I would fail to win it. Lately I've only seen it with high BIN prices. Thankfully Dennis tracked it down for me and I can finally put this one to bed. 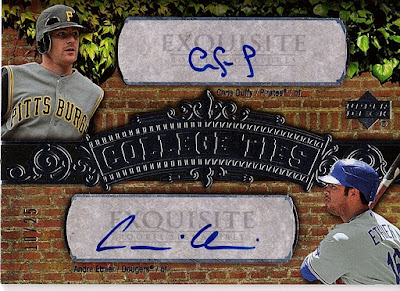 This card featuring Chris Duffy and Andre Ethier doesn't show up much of all. The ones that did hit auction the last few years went much higher than I was willing to pay. Ethier has a pretty big following so his rarer cards still sell pretty well. 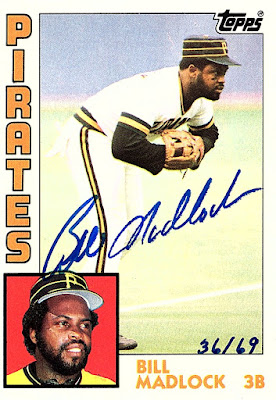 2004 Topps Originals Bill Madlock! This card seemed to vanish from eBay. I remember seeing three in about a months span, then nothing at all for 6 months. Dennis to the rescue!

Holy crap Dennis! You really raised the bar with this trade. Thanks so much for hooking me up with so many great cards. I've been on the hunt for something unique for you so hopefully I can strike gold soon.

Thanks for reading!
Posted by BobWalkthePlank at 11:58 AM

Email ThisBlogThis!Share to TwitterShare to FacebookShare to Pinterest
Labels: too many verlanders, trade 2015, white whales