The Twin Cities have a lethal cardboard trading duo in Brian from HSCA and Jim from GCRL.  I've been actively trading with both for quite some time now. This week I've already featured Brian, but Jim followed up a couple days later with an envelope of his own. 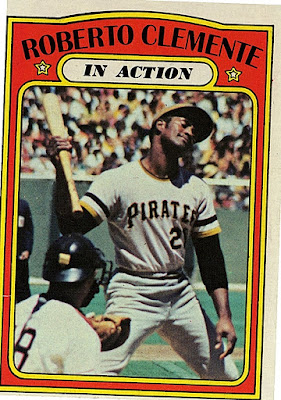 This guy was pretty good. Not a bad way to start out a trade package! 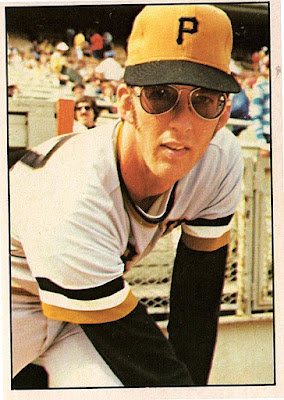 Kent Tekulve is cardboard gold. From the guys unique delivery to his even more unique look. What's not to love. 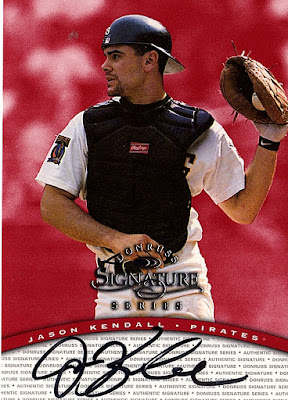 Kendall got in just in time to have a decent amount of auto's out there. Donruss Signature is always one of my faves as it is on card. 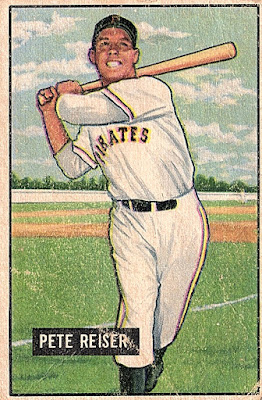 51 Bowman! Reiser was more known as a Dodger than a Pirate. He was a good player in which injuries prevented from being an even greater player. 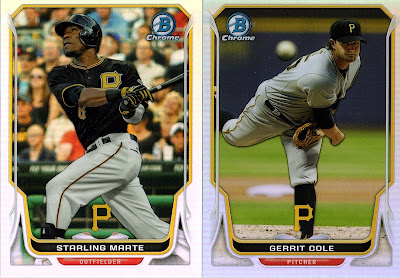 Two Chrome refractors of two of my favorite Pirates. Each are /500. 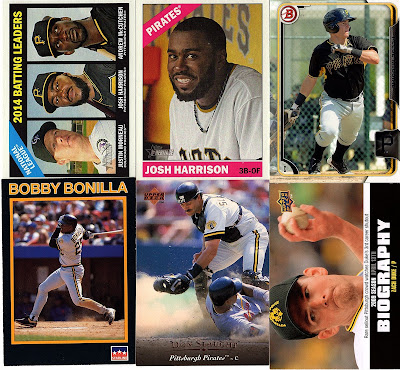 Harrison's Heritage card cracks me up every time. 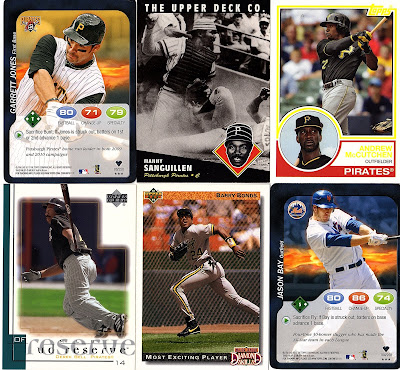 I remember Attax being released, but I didn't pay much attention to it. Thankfully Jim hooked me up with Garrett Jones and Jason Bay.  Also, another visit from Mr. Operation Shutdown Derek Bell.

Nice shot of Manny Sanguillen in actions too! 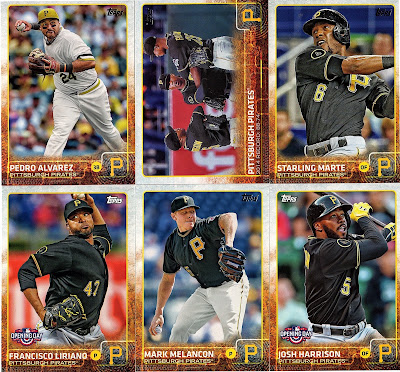 That team card is a weakness of mine. I've been adding parallels as much as I can.

Thanks for all the great cards Jim. Balls in my court!

Thanks for reading.
Posted by BobWalkthePlank at 10:30 PM