Let's Have a Drink

I'm hoping to have a big card day tomorrow, but since it is Friday let's have some beer. By the way if any of you utilize the App Untappd let me know. We can become digital drinking buddies.  It is like Facebook without all the kid pictures and politics. A utopia of hops and barley.

This evening my beer tasting group experimented with some new scotch/wee heavy beers. They were all delicious. 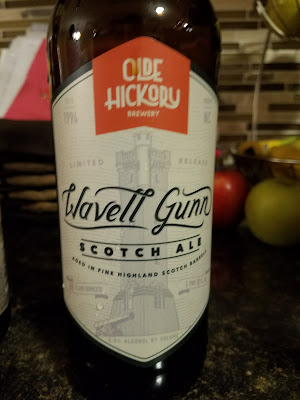 Olde Hickory is a small brewery in North Carolina that does some amazing things. I'm a big fan of imperial stouts and barrel aged beers and they have quite a nice lineup.

I was a little nervous about this beer as it was one of the more expensive ones I've purchased. Scotch ales normally are fairly affordable, but Olde Hickory went fancy pants and got a hold of some Highland Scotch barrels and aged the beer.  The result was fantastic. A perfect blend of sweet and smokey. 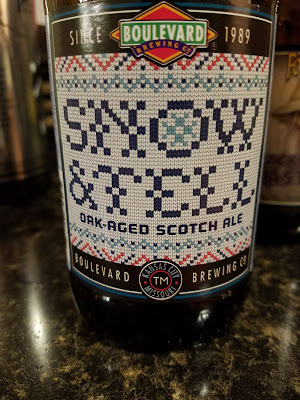 Boulevard is a brewery that is mass distributed to most major metro areas so they are reasonably easy to find. This one was the only one of the bunch that wasn't barrel aged, but instead oak aged. You lose the bite of the barrel so the abv is lower, but you gain a nice sweet/smooth taste. 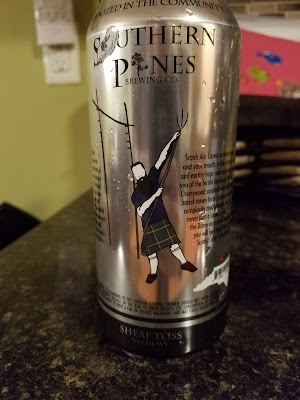 Another NC brewery! Sheaf Toss is a great name for a beer. This one mirrored the flavor of the Wavell Gunn beer but was a tad bit thinner. It was outstanding. 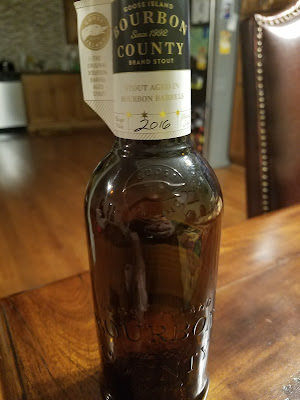 Later this evening my brother stopped by so we broke open a 2016 Goose Island Bourbon County Stout. The beer is a barrel aged is packs a punch at ~14 abv. It is probably the most famous barrel aged beer along with Founders KBS and one that helped pave the way for the craft beer explosion. It has been around for a long time, but it is still among the best you will find among barrel aged beers.

Cheers! Thanks for reading.

Posted by BobWalkthePlank at 9:57 PM