The first package to arrive in 2017 was Brian from HSCA box break of 2000 Finest and 2004 Bowman. I was most excited for the Finest portion of the break as I've always been a huge fan over the years, but rarely broke any. Unfortunately each break was a little light on Pirates, but it was still a fun trip down memory lane. 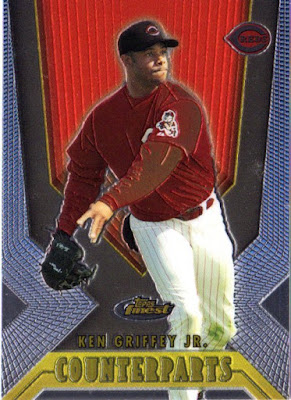 If you like chromey cards this is the set for you. 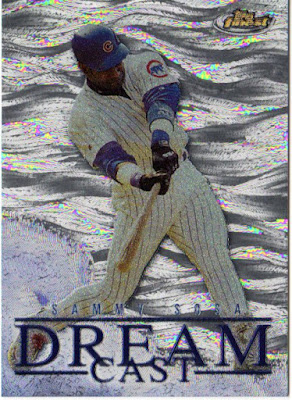 I feel like if you stare at this one long enough a boat should appear..... 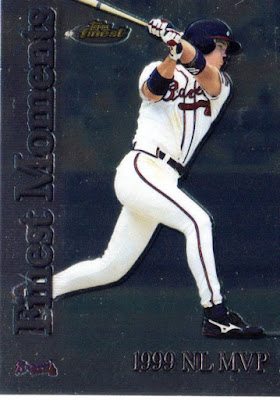 I wonder how long stupid voters will make Chipper wait for the Hall of Fame once he is eligible.  Should be a first ballot guy.....should be. 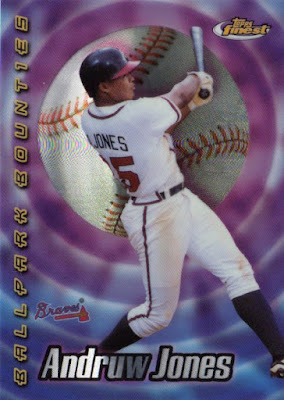 I love this card! Poor Andruw Jones career went off a cliff once he went to LA.  He was well on his way to become one of the best center fielders in history.  Now he will be stuck as a fringe candidate. One of the best defensive players in history, lots of postseason success, but the lack of counting stats will probably hurt him. 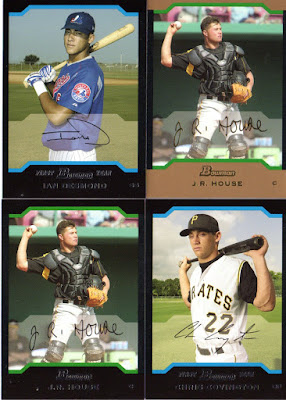 JR House was a two sport superstar that was from WV. 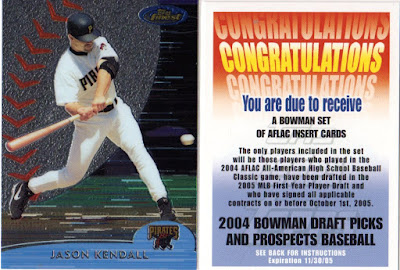 We all had a nice laugh about the redemption for the Aflac set because we joked that Brian would pull it. It was destiny.

As is protocol, Brian threw in a bunch of extra cards. 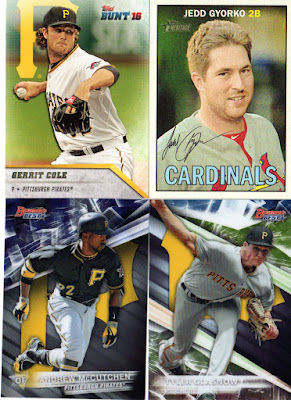 I think this is my first taste of Bowman Best. That set is always overshadowed by the flagship Bowman and Chrome, but offers a cheaper alternative for some of the bigger rookies. 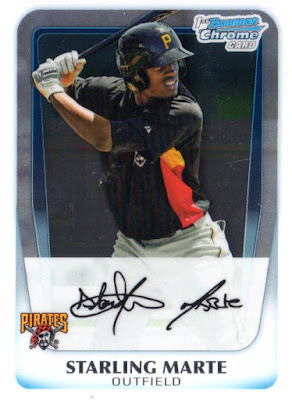 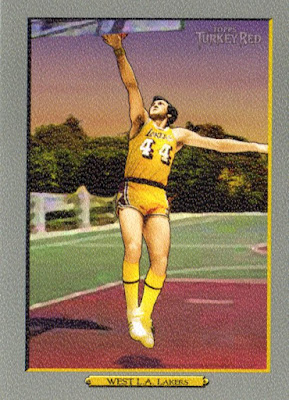 I love the Turkey Red cards.  Extra cool to have one of the logo. 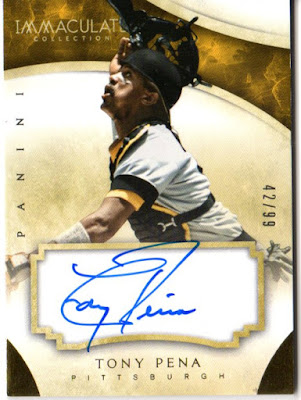 Tony has a nice auto.  The catcher cards can skirt the licening issue very nicely. 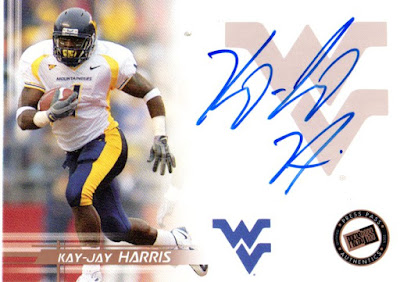 Kay-Jay once held the single game record for rushing yards when he torched East Carolina for 300+ yards. 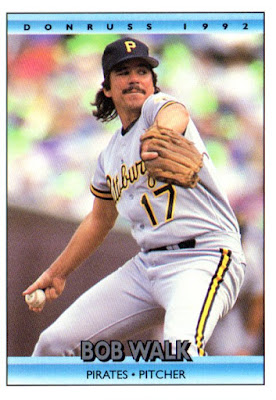 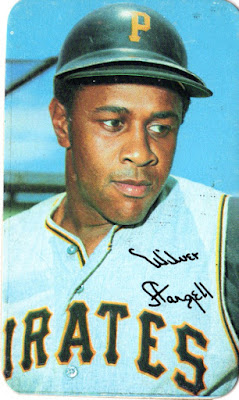 No pun intended, but the BIGGEST highlight of the package was this 1970 Topps Super Stargell. Also for whatever reason my daughter kept trying to grab this card. Maybe she needs to put this set together....

Thanks for the break Brian and all the extra cards.
Posted by BobWalkthePlank at 6:04 PM