Thanks for everyone that participated in the Secret Santa this year.  We had 36 people which I thought was a decent number for the first year.  Hopefully we can make it bigger and better next year.  Please leave comments below if you have some other ideas on how to make this more fun.  One thing that I was a little to vague on was the revealing of identities.  I'll be more upfront next year.  I thought it would be best for the senders to reveal since many people that joined were newer to the blogging community.  Might be a good way to get noticed by the masses.  Either way we can discuss this and more below.

Here is a list of all those who participated this year.  I'll add a link to the names to those who posted about it.  If you didn't receive cards please shoot me an email and I'll see what went wrong.  If I missed your post leave a comment below and I'll update accordingly.

It's like having my own Card Shop  (Sent by Brady from St. Louis Cardinals' Cardboard)

The Lost Collector (Sent by P-Town Tom from Eamus Catuli!)

The Raz Card Blog (Sent by Plaschke, Thy Sweater is Argyle)

Baseball Every Night (Sent by The Chronicles of Fuji)

Eamus Catuli!  (Sent by It's like having my own card shop)

Ain't Nobody Got Time For Cardboard (Sent the Pedestrian Collector)

The Other World (Sent by Night Owl)

The Chronicles of Fuji (Sent by Dan from The Other World)

Off Hiatus Baseball (Sent by Tyler from Rekindling the Cardboard Flame)

The Pedestrian Collector (Sent by Billy from Cardboard History)

Cardboard History (Sent by Peter from Baseball Every Night)

Dime Boxes (Sent by Jared from Catching Up with Collecting)

Catching Up With Collecting (Sent by Twitch from Twitch Collects Cards)

Swing and a Pop -up   (Sent by William from Foul Bunt)

Dawg Day Cards (Sent by AJ from The Lost Collector)


Sorry if I missed a post.  If you don't plan on making a post just make sure you let your person know the cards arrived safely. 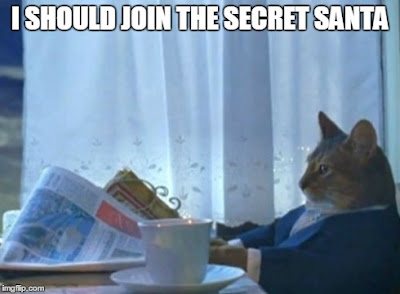 Posted by BobWalkthePlank at 6:25 PM