Hope everyone had fun with the Secret Santa this year.  I have a few tweaks in mind for next year, but for the most part it looked like it went pretty well.

When I made the initial call for participants we ended up with 35.  Since it was an odd number I decided to take last name myself which happened to be my pal Dion.  While not being much of a secret, Dion and I were happy to swap some cards because it had been way too long since our last trade. I always enjoy trading with Dion because he collects all things autographs. He is the easiest person in the world to shop for!

Right before Christmas I received my package from Dion. It was a huge envelope filled with Pirate cards in 9 pocket pages and one beautiful 8x10 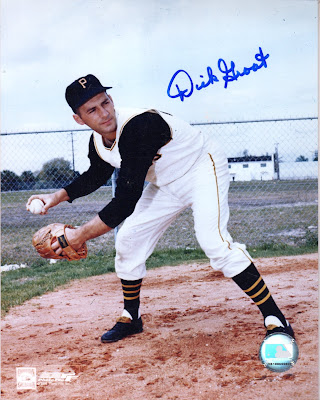 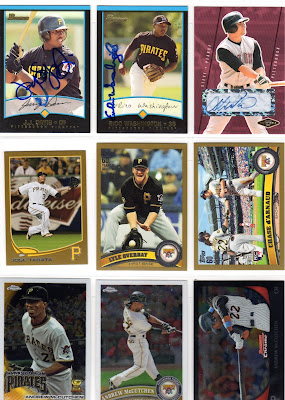 Every time I get a gold 2011 Topps card I stare at the back looking for /2011 at top and finally realize the numbering is on the bottom.

The Steve Pearce auto is cool.  I'm so happy he ended up getting a nice career. He had so much talent, but just couldn't stay healthy with the Pirates.  Cool to see him get a two year deal with the Blue Jays. 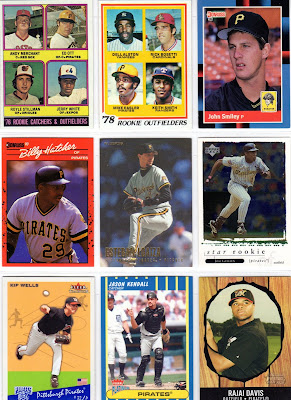 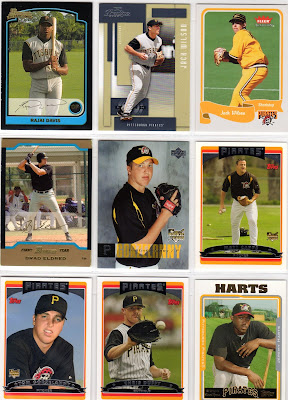 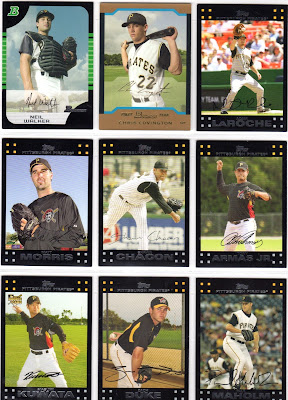 Weird to see Neil Walker as a catcher. It didn't take long for the Pirates to figure out that his future wasn't behind the plate. 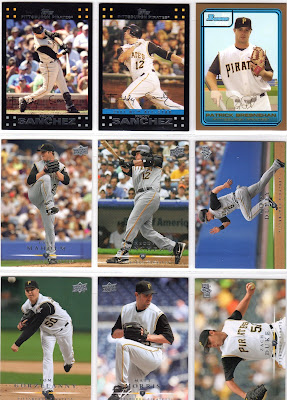 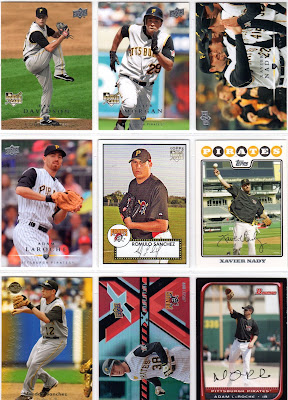 Adam Laroche was one of the more irritating players in Pirates history.  Probably didn't appreciate him enough during his time here. 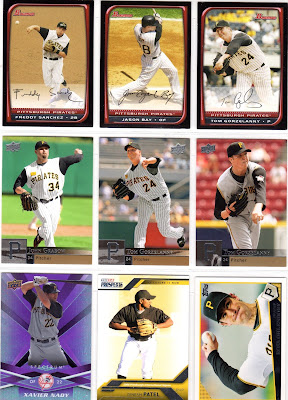 Those UD Spectrum cards were always weird.  Lot of instances where the player uniform and team don't match up.  Sure that drives team collectors mad. 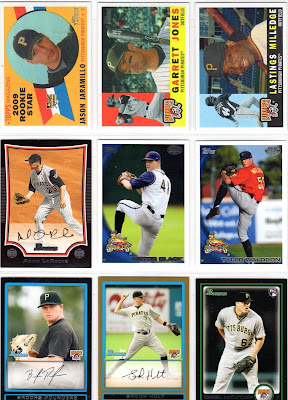 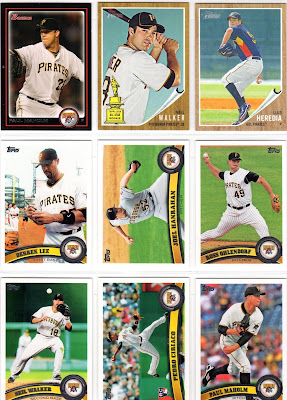 The Derrek Lee is my favorite here. He was a very short stay Bucco so cards of him are very limited. 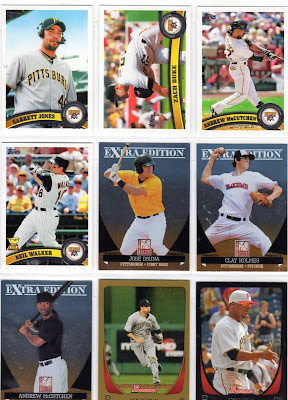 Cutch in a black tshirt. Not very creative with the non licensing. I did see a few pictures of 2017 Donruss and it looks like they are starting to go the way of Donruss football with the design which would be a good thing. 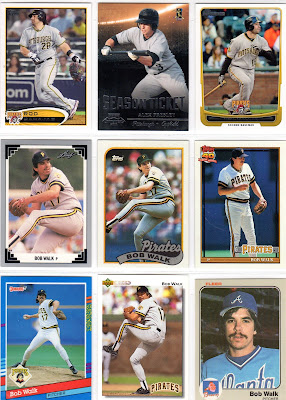 6 cards of the legend 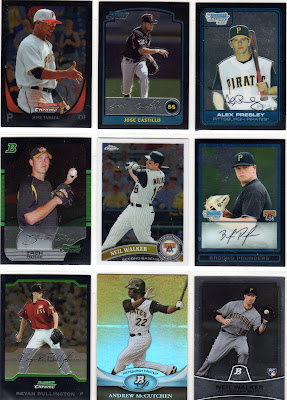 Thanks for participating in the Secret Santa Dion and big thanks for all the great cards.  That Dick Groat picture is fantastic.

Thanks for reading.
Posted by BobWalkthePlank at 10:40 PM