Stealing Home Helps Me Bring in the New Year.

Hope everyone had a nice New Years.  Pretty uneventful my way, but that was what I was looking for after the hustle and bustle of Christmas. New Years Eve is actually my anniversary as well so my wife and I just hung out with some immediate family at our house.  We plan to celebrate more formally tonight with some friends.

I'm still getting caught up on all the trade packages received over the holidays. Not complaining though, as the influx of envelopes has created a cardboard Christmas of sorts today as I open package after package. Merry Cardboard Christmas to me! First to the plate is my good pal Oscar

I received this great package from Oscar (aka Stealing Home) of All Trade Bait, All the Time fame right before Christmas.  Oscar and I are kindred spirits as we both love cards, beer and poker. My monthly game is kind of funny as I'm the only non police officer in the group.  It is really turning into a fun game as my brother and I have been introducing all kinds of craft beers.  The Morgantown police department will soon be the most hipster force in the US before long. 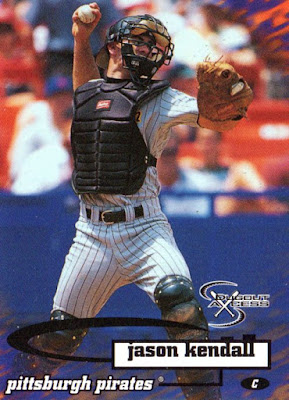 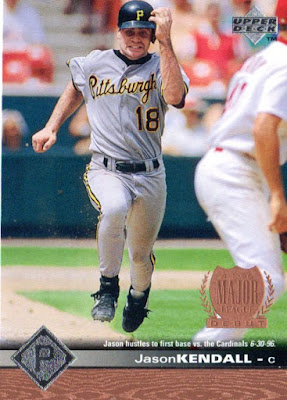 For whatever reason Jason Kendall has some of the best cards of any Pirate in the last 25 years. Being a catcher gives you an unfair advantage, but even his non catching cards are top notch.  Look at this great running to first shot in Upper Deck.  I cringe a little bit as Kendall suffered one of the worst leg injuries I've seen on a baseball field running out a grounder. 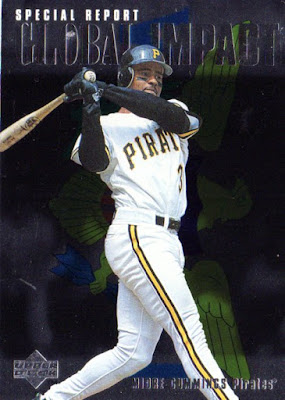 It is hard to see in the scan but the seal of the US Virgin Islands is in the background of this UD Global Impact insert of Midre Cummings. Midre was another hyped up player in the late 90's early 00's that never panned out.  Card wise he has plenty of cool stuff to choose from since the era he played in had so many sets. 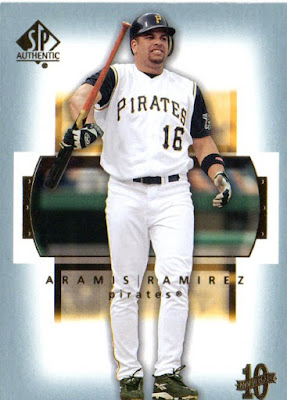 Looks like Aramis just struck out in this card. 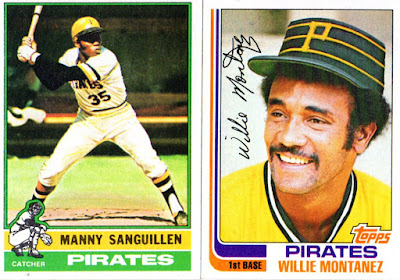 The rarity of a non smiling Manny Sanguillen card.  Oscar made sure to have a substitute smiler in Willie Montanez. 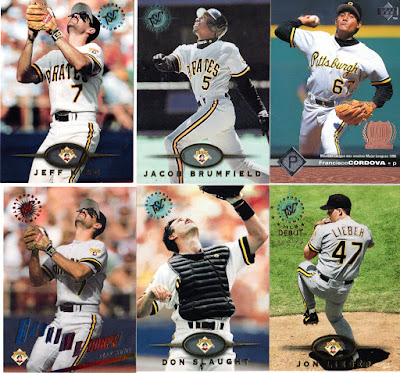 Probably the most unique thing about mid 90's Stadium Club is the cardbacks. 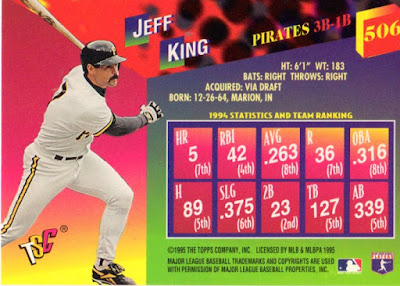 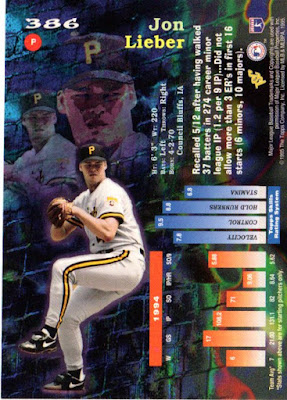 See what I mean........lots going on here.  I like the triple picture of Lieber. 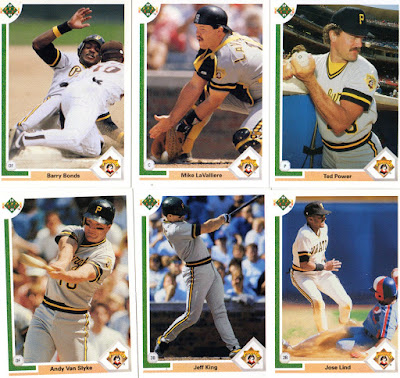 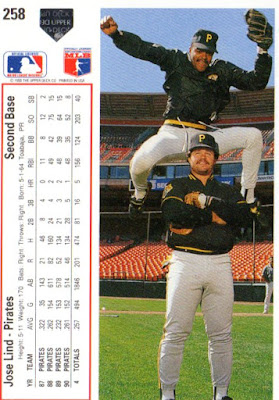 Jose Chico Lind was quite the acrobat! 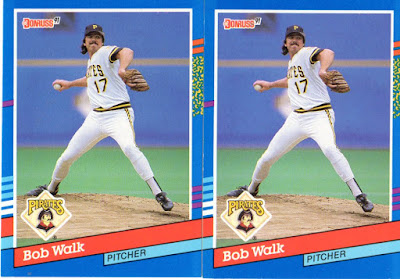 Thanks Oscar for sending such a nice suprise.  Happy New Year my friend.

Thanks for reading.
Posted by BobWalkthePlank at 1:05 PM