A couple months back P-Town Tom hit me with two packages about a week apart.  One was a bubble mailer and the second was this box full of Pirates and Blue Jays to forward to Kevin in France. 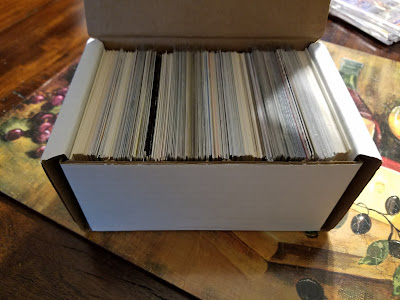 Why am I just now posting about the box? Well, it got buried on my desk. My wife put it in a different spot than my other mail and I covered it with other card related items on my desk.  I shot Tom an email to apologize and let him know it was here and will be posted.  It took me a little longer than I hoped as I was still trying to dig out from JBF's bombings and get through a pile of envelopes that had accumulated on my desk over the holidays.  Sorry Tom!

The contents of the box was a nice variey of Pirates. 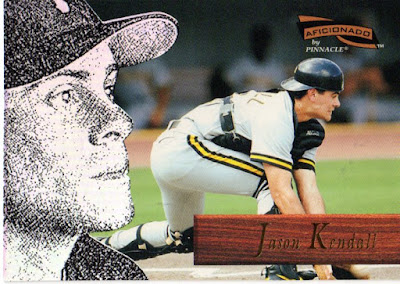 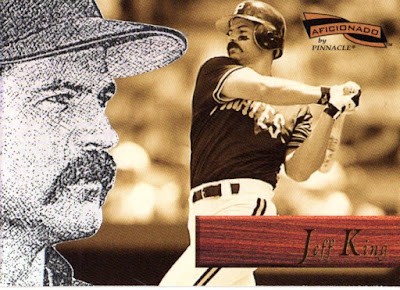 1996 Pinnacle Aficionado was an odd set.  Supposedly the cards were sprayed with a bubble gum scent.  Seriously I'm not making this up.  Read the description..... I love getting cards from these mid 90's one off sets.

I love multi player prospect cards.  It was a guarantee that pretty much every Pirate put on one of these in the 90's and early 00's failed to make any type of impact.  Of these three cards only Jermaine Dye and Richard Hidalgo had decent careers. 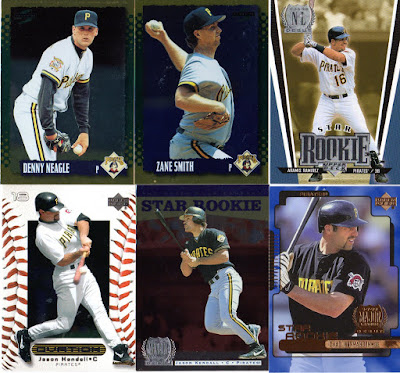 I remember loving the Ovation cards when they came out. 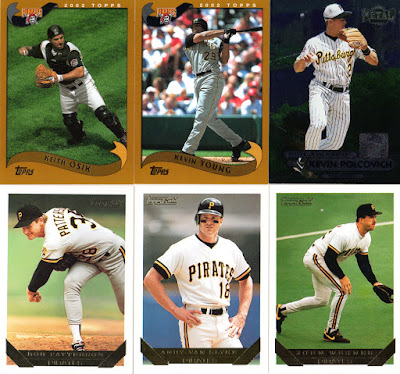 Ugh..Kevin Polcovich.  The Pirates were such a mess during this time frame.  I guess if their is a bright side it makes it easier to find obscure parallels and inserts since the Pirate checklists are small and acquisiton cost is cheap. 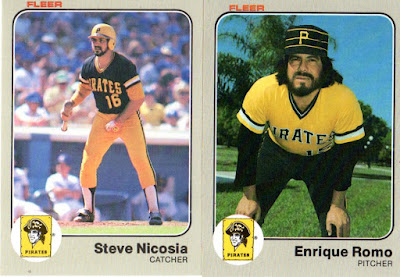 Beard game was strong in the early 80's.  Enriqe Romo loos like he coudl be the Geico Caveman. 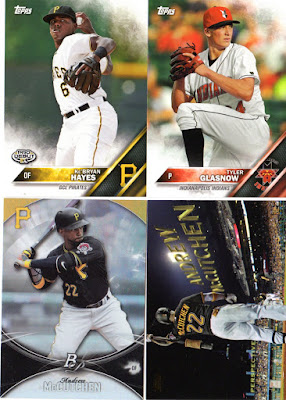 Ke'Bryan Hayes is Charlie Hayes son and is a rising prospect in the Pirates system. Injuries slowed him down, but most reports still have him as a top ten Pirates prospect.

I belive this was the set everyone went crazy for because of the JD Drew rookie card. 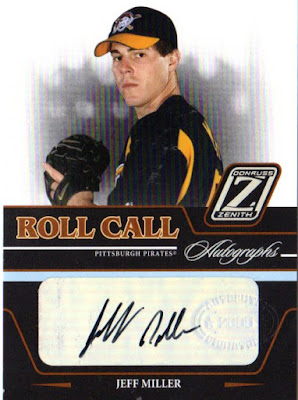 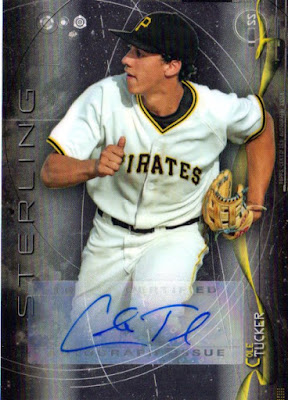 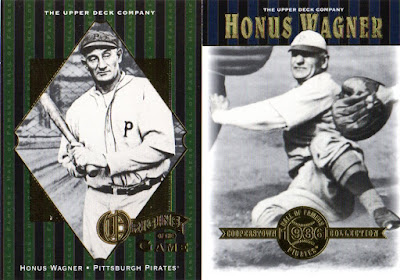 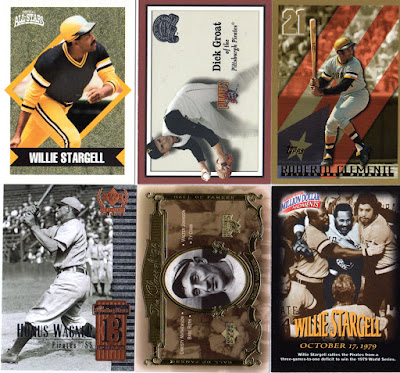 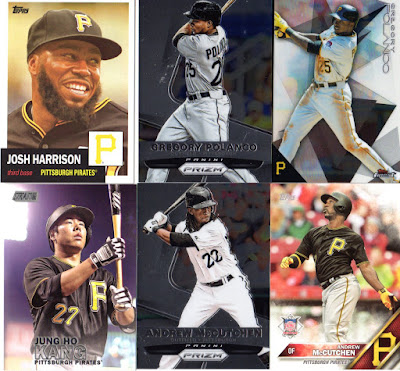 Stadium Club for the win.

I've received so many cool Kendall cards lately.  He would be in my top 5 for Pirate cardboard overall. 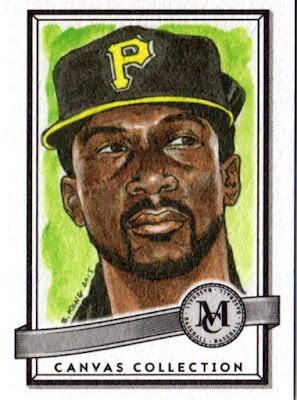 This was a nice surprise.  I don't mess with Museum Collection other than cherry picking a few cards here and there on eBay. 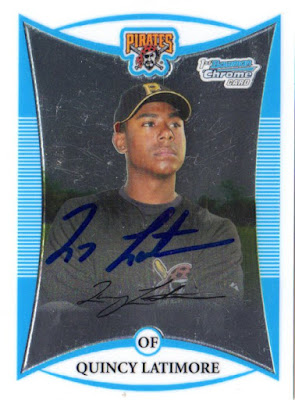 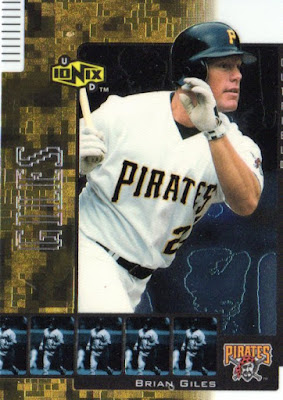 When I was in high school my local Kmart would always carry boxes UD Ionix.  It was one of my more frequent purchases during the time if I was splurging on something fancy. 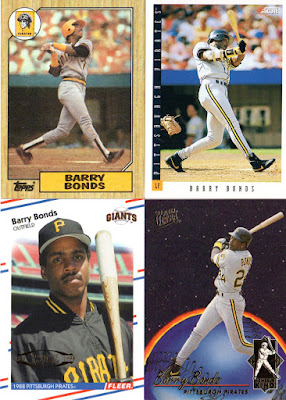 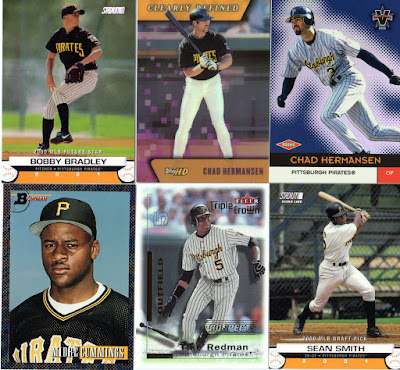 The Topps HD is cool.  Forgot how thick those cards were. 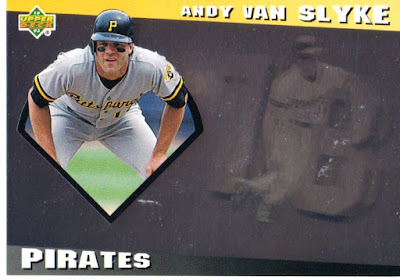 I feel like Van Slyke was everyones favorite Pirate in the early 90's. Guess that just goes to show how big of an asshole Bonds was. 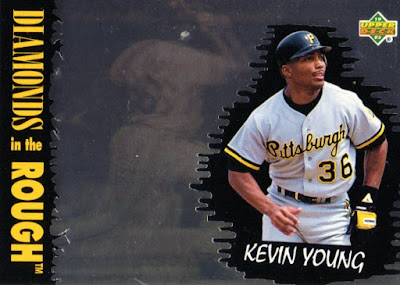 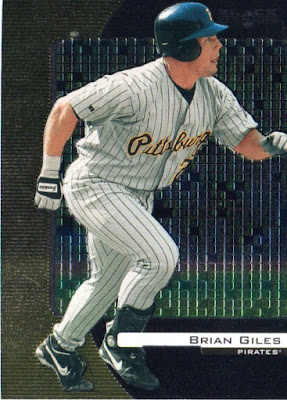 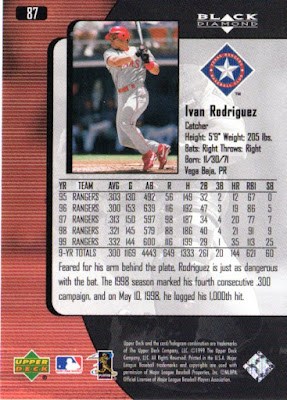 Pudge on the back. Million dollar error card! 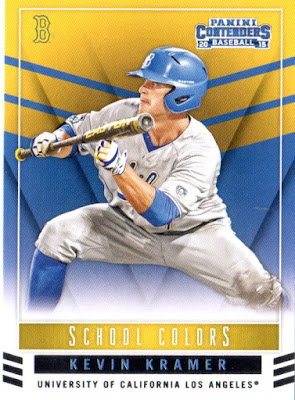 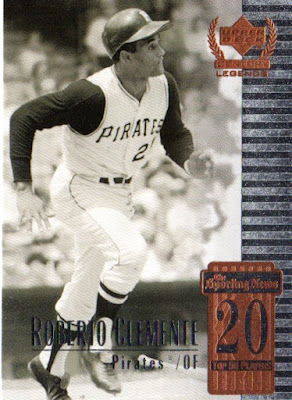 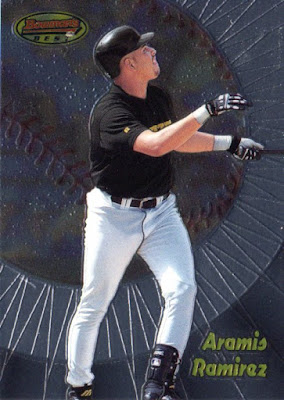 Even the base cards of Bowman Best during this time frame looked like crazy inserts.

Thanks for the cards Tom.  Sorry for the delay. I'll be sure to get the Blue Jays to Kevin.

Posted by BobWalkthePlank at 4:59 PM