My quest to finish out my 2016 trade packages continues with a long time trade partner Fuji.  I think Fuji sent out something to just about everyone in the blogging community to close out his super trading. I was happy to be included in that mix. 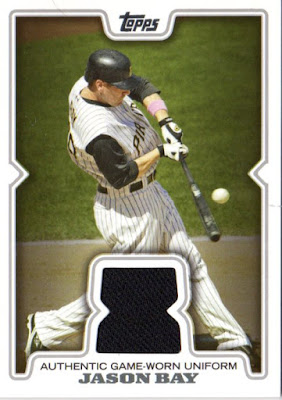 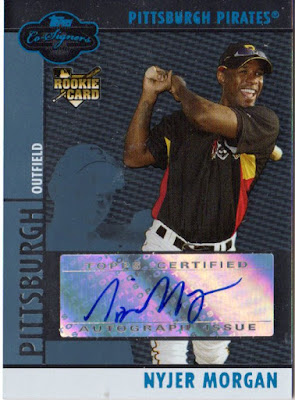 Nyjer Morgan aka Tony Plush was an interesting guy. Last I heard he was still playing in Japan. The weird thing was he never really started going crazy during interviews until he left Pittsburgh.  It reached peak weird when he was with the Brewers. 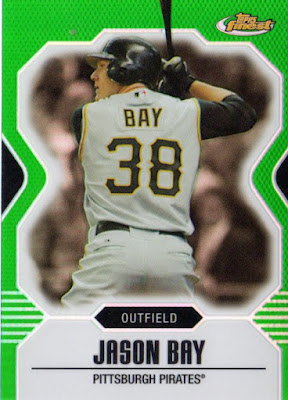 Finest is one of my favorite sets every year. It is always a little too expensive to bust a box, but I'll look for singles like crazy on eBay.  This is a nice parallel /99. 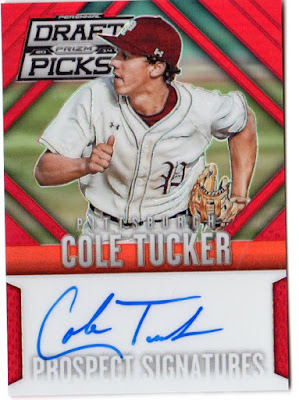 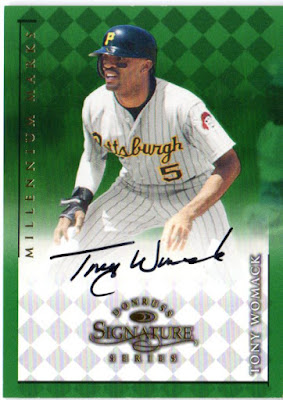 The Pirates dropped the ball a little bit on Womack.  I think they must have thought he was washed up, but he would go on to have some nice years with the Dbacks.

Donruss Signature Series is so nice. 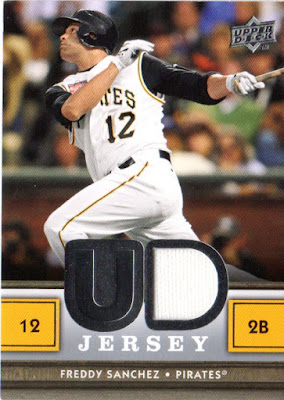 Freddy Sanchez was on the hall of fame ballot this year!  Injuries derailed the former batting champs career. At least he played a big part in a World Series with the Giants. 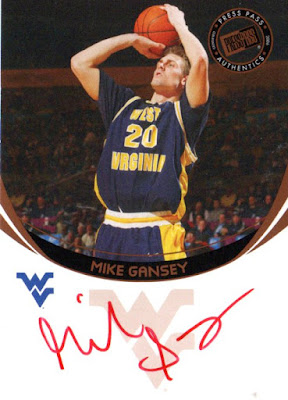 I talked a good bit about Press Pass Football the other day, but much of the same could be said for basketball as well.  Every year I would scope out the WVU guys that would be in the sets and hunt them like crazy. 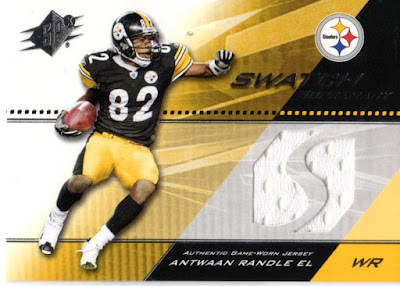 The Steelers had a thing for drafting quarterbacks and turning them into receivers. 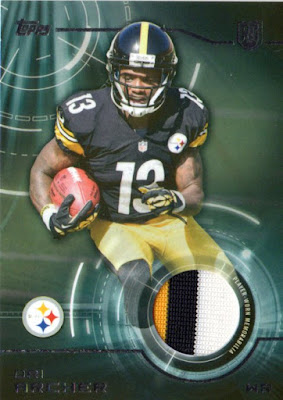 This was a nice surprise! I don't have many nice Steeler patches just because they demand such a premium on the secondary market. Archer is a Buffalo Bill these days. 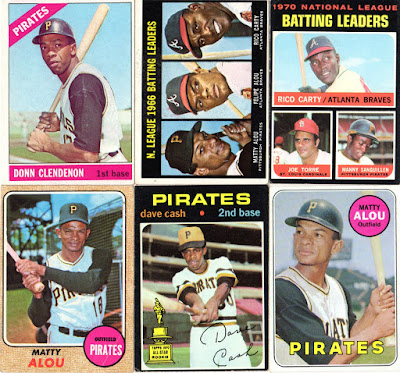 Pretty nice bunch of cards right here! I think my favorite is either the Dave Cash or the 70 NL Batting Leaders card. 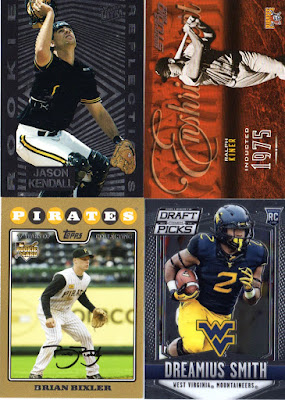 I really need to do a Jason Kendall centric post.  The guy has some all time great cards.  For whatever reason he was captured in some of the coolest cards.

I cringe every time I see Bixler.  Unfortunately I went all in on him as a prospect and he failed miserably. 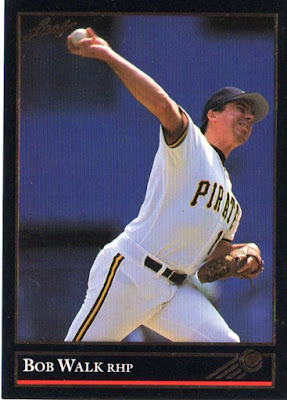 Thanks for all the great cards Fuji! I know you probably don't want anything in return, but sometimes I don't listen very well. :)

Thanks for reading.
Posted by BobWalkthePlank at 10:11 PM

Email ThisBlogThis!Share to TwitterShare to FacebookShare to Pinterest
Labels: the chronicles of fuji, trade 2016