My pal Angus hit me with a box of cardboard that had a nice Canadian theme to it right before New Years.  Are you still savoring that lone Browns win Angus?  Do you think they draft Deshaun Watson?  No fan base deserves to suffer that kind of losing. Being a Pirates fan I understand your pain. 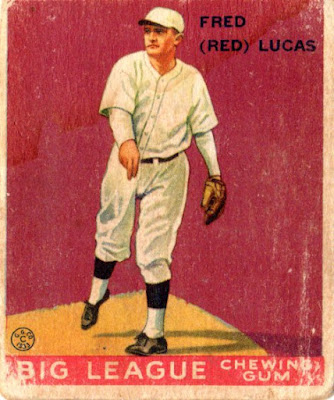 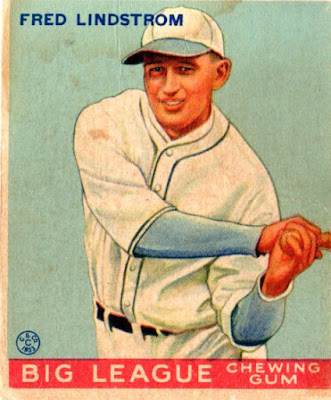 Canadian Goudey! When I first opened the box that Angus sent my attention was immediately drawn to the colorful Goudey cards. Upon examination I found that they were the Canadian version.  So cool!!! Thanks so much for sending these my way. 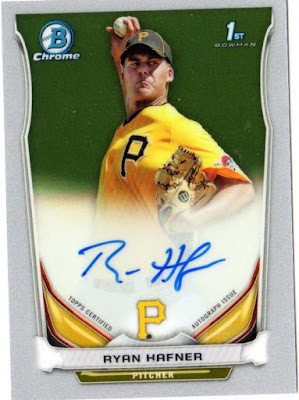 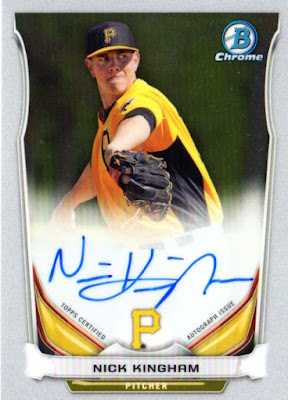 Couple of Chrome autos highlighted by Nick Kingham and his unique penmanship. Kingham is kind of the forgotten man when it comes to Pirate prospects.  He was all set to make his debut in 2015 but blew out his arm. Thankfully he worked his way back last year and has shown no velocity drop. He will likely start the season in AAA, but will be one of the first calls if an injury or trade occurs. 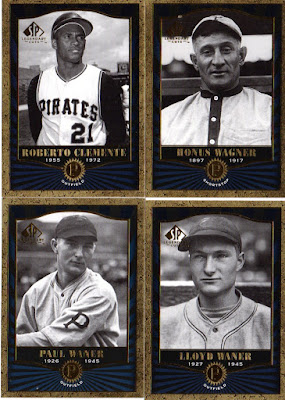 I'm such a sucker for Little/Big Poison cards. Such a great set. 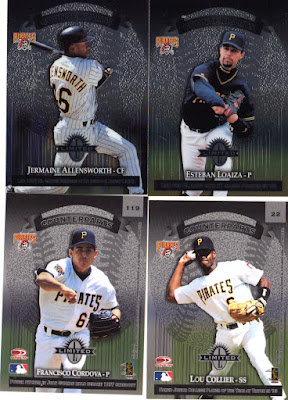 These double sided Leaf Limited cards are so interesting that you can make a post alone. My favorite is the Lou Collier card because he shares with a certain Yankee captain..... 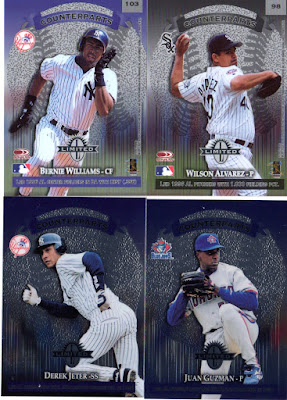 That is right....Lou Collier and Derek Jeter on the same card. 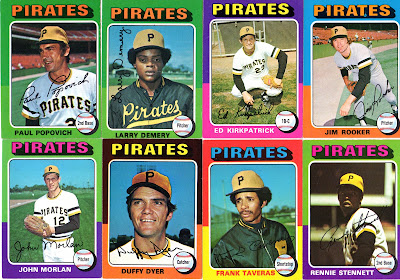 Some more Canadian goodness with the colorful 75 OPC set. 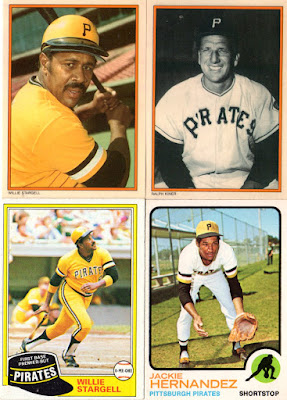 The Stargell and Kiner are Circle K oddballs! 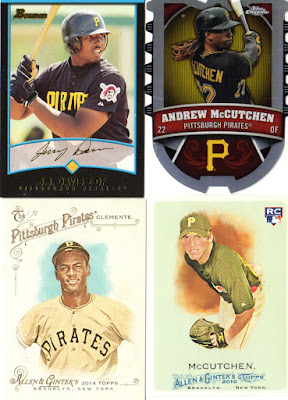 The biggest portion of the box Angus set was a ton of late 70's early 80's hockey.  These Penguin teams weren't that good. Thankfuly Super Mario wasn't too far way and helped put the franchise on the map. 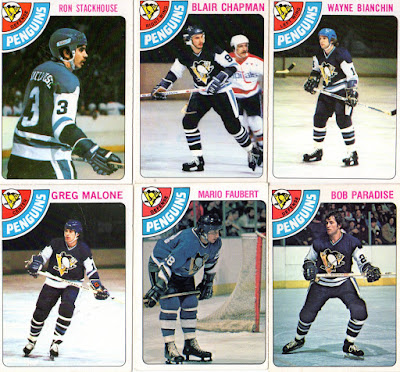 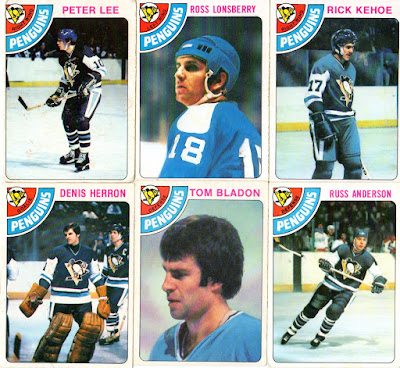 I can thumb through older hockey cards forever. The hairstyles are top notch! 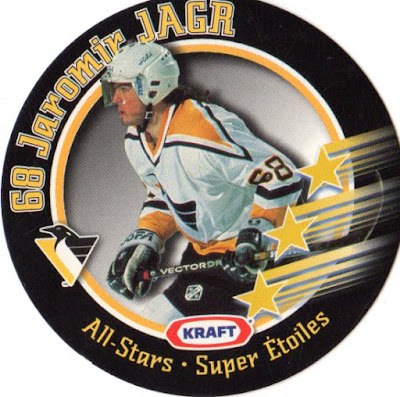 Quick break for a Jagr oddball! 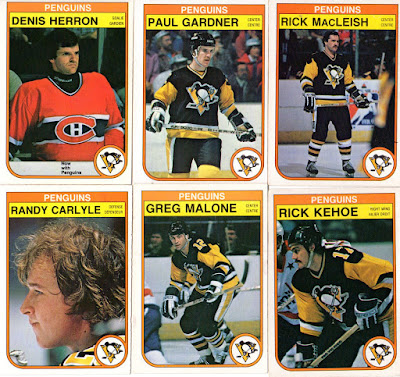 Such an Upper Deck Artifacts move showing a guy in his old hockey jersey.... 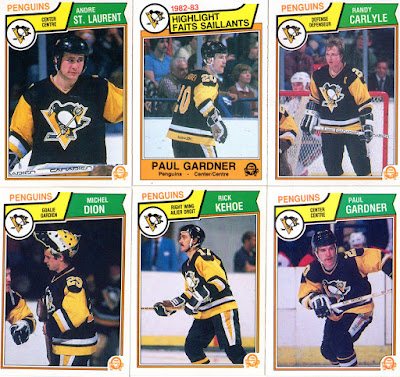 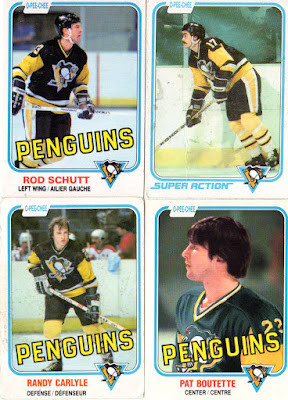 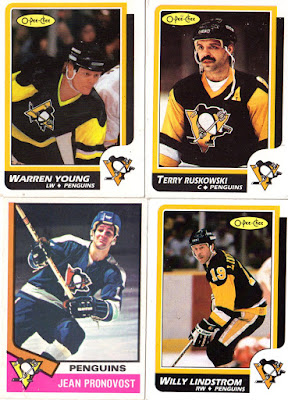 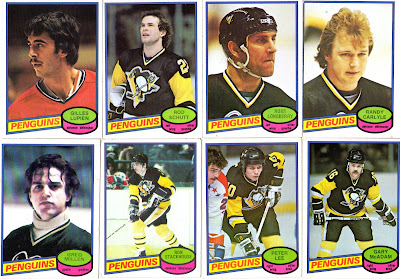 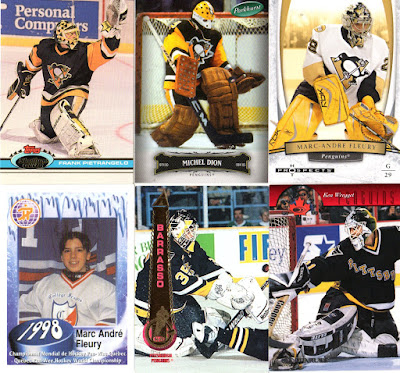 To finish things out some sweet goalie action. Frank Peterangelo and Marc Andre Fleury probably have the two most famous saves in franchise history. Peterangelo's was probably the better save but Fleury's won the 2009 cup against the Red Wings.

Thanks so much Angus for all the great cards.  What a great assortment. You really bolstered my hockey collection.

Posted by BobWalkthePlank at 9:06 PM