I live in an area that sees its fair share of snow, but nothing compared to Night Owl territory.  One winter of constant lake effect snow would likely have me heading south for good. A few weeks back I decided to help Greg with his surplus of snow....cards that is. 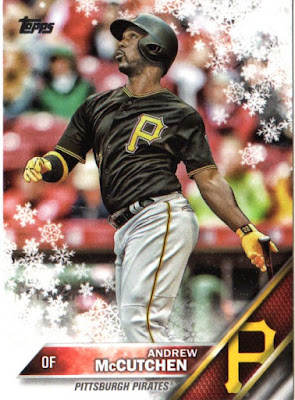 Are these silly....sure, but for whatever reason when Greg put this Cutch on his blog I was interested. Do you think once spring comes around they will replace snow with flowers? That would be funny.

I'm always appreciative when I can get help with retail cards that interest me. Night Owl being the nice guy he is decided to throw in some cool extras! 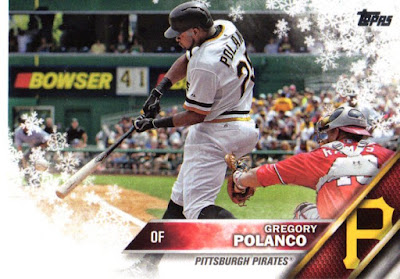 Here is Gregory Polanco pulverizing some snow with his bat. I still feel like Polanco has a lot of room for growth.  Already a good player, but an All Star level player is well within his ceiling. 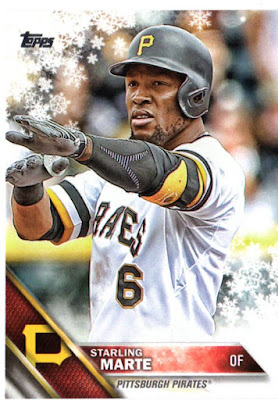 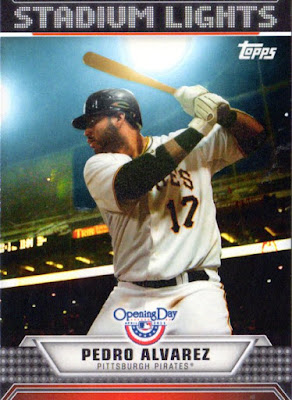 This is a cool night shot.  I'm hoping for a revamp of Opening Day soon. The last couple of years have been rough. The best part of that set is the mascot autos. That is not a good thing when it is a budget set. At least Topps Bunt was cool. 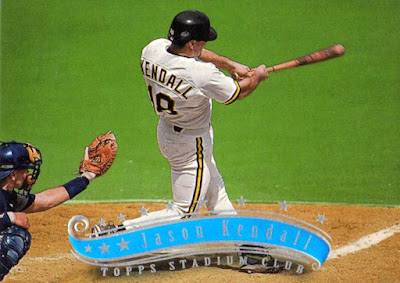 I need to do a battle royale between Kent Tekulve and Jason Kendall cards.  Obviously Teke has the million dollar look, but for photo choices Kendall is top notch.  For whatever reason I've received a ton of Kendall cards the past month. No complaints here! 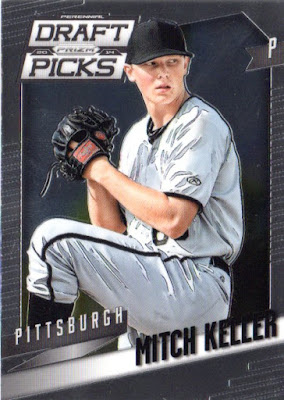 Mitch Keller is the fastest rising prospect in the system. The Pirates have had a lot of luck developing pitching lately.  Hopefully that trend continues. It is possible that 4 of the 5 starters could be home grown this year. 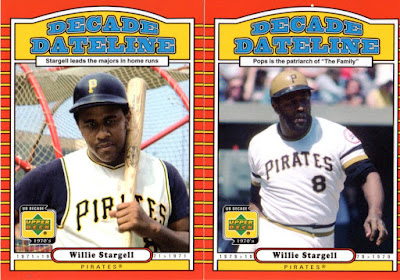 Double Pops! Any set celebrating the 70's will have a lot of black and gold. 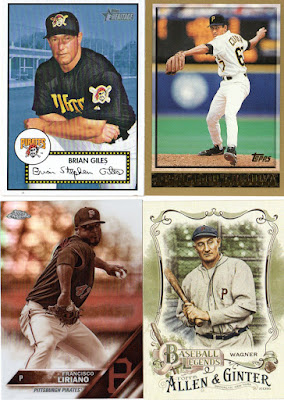 I heard that Mr. Mint Al Rosen passed away a few days back. I'll never forget his adds in Beckett. I'm pretty sure he sold his share of Wagner cards over the years.

It always kind of cracks me up when players are featured in poses that I would have done in Little League.  I wonder if Brian Giles mom bought the platinum package that came with a bunch of wallet size pictures like my mom did of me. 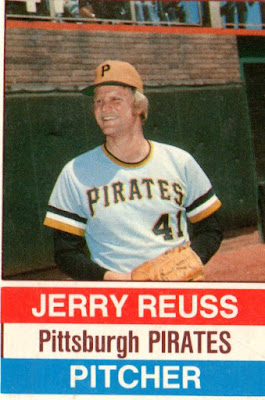 Jerry Reuss looks a lot like one of my uncles. That same uncle even had that moppy blond hair look.

Thanks for the Cutch snowflake card and all the extras Greg.  I'm sure I'll find something for you soon. Hope you are not getting pounded with snow this weekend.

Thanks for reading.
Posted by BobWalkthePlank at 7:52 PM