My trades with Dennis from Too Many Verlanders have taken a life of their own. What started out as a frequent blind trade has blossomed into a semi-frequent bombings of mass destruction.  You name it Dennis has sent it. 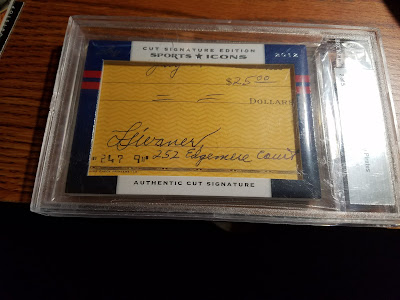 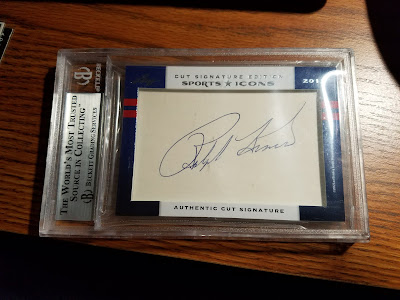 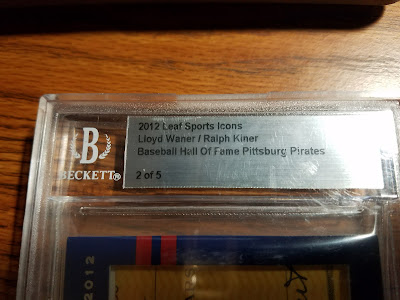 See what I mean!  This is a crazy two sided cut autograph of Pirate legends Lloyd Waner and Ralph Kiner that is numbered to 5.

I think Dennis and I are to the point where we are just trying to be creative as possible finding pieces that fit each others collection.  We both collect the exact same way so I think we we inherently know when something is a good match.  Such was the case with this bad boy.  WOW!!!!

Of course Dennis threw in some other cards too. 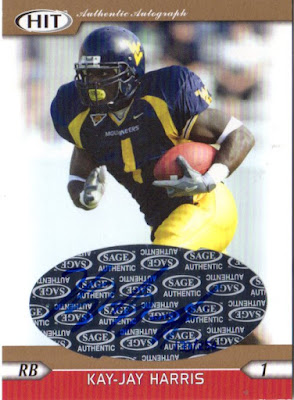 Sage cards never scan well because of the sticker emblems in the background. I'll never understand why they made the sticker such a focal point. 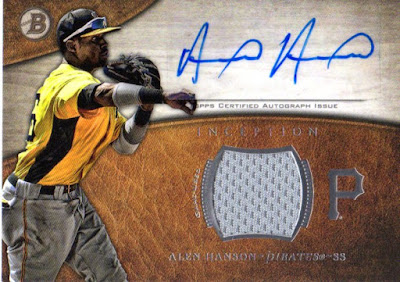 Alen Hanson is a weird case for the Pirates.  I feel like he has been a "prospect" since the Kennedy administration.  Since he is out of options he will either make the team or be put on waivers.  Going to be an interesting call.  Part of me hopes he gets a look, but I just don't see a scenario where he gets many at bats.

I always liked Bowman Inception as a nice alternative to Chrome. 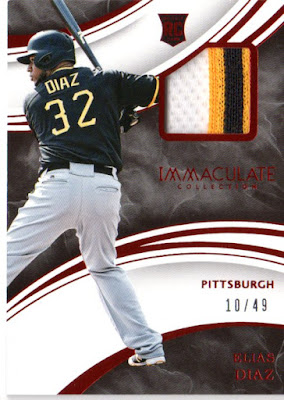 Elias Diaz will likely see some playing time this year as both Francisco Cervelli and Chris Stewart are frequently banged up.

What a great looking patch!!!!

Dennis always finds me great WVU cards. My favorite here is the Owen Schmitt.  It has been a while since I've added a card of the former fullback.  He currently owns a bar/concert hall in Morgantown.  It is actually a cool spot.  Perfect for getting one hit wonders going on nostalgia tours or up an coming acts heading out on their first national tours. 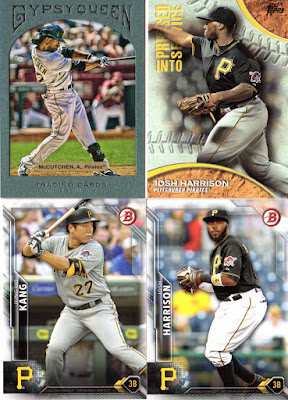 I have my fingers crossed for a big year from Cutch.  I don't think I can stomach if he continues to regress. 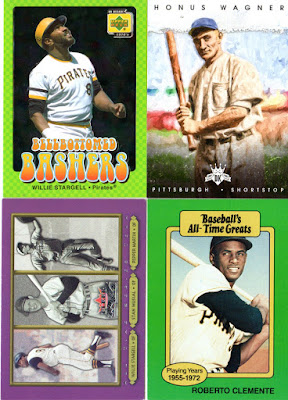 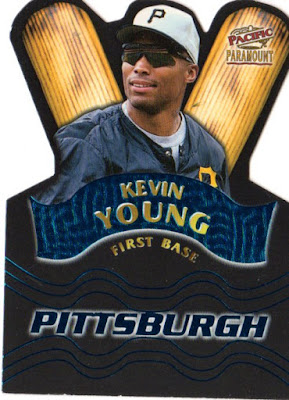 Dennis knows I have a soft spot for crazy ass Pacific cards. I'm still convinced every design expert for Pacific was on acid.

Thanks for the great cards Dennis.  That dual auto was something else.  Glad I was able to hit you with a quick return shot!  Until next time my friend.

Thanks for reading.
Posted by BobWalkthePlank at 8:32 PM