The Pirates are my team so I would collect them no matter what, but it is nice to have some cardboard legends to chase down.  The likes of Tekulve, Parker, Madlock and Times Man of the Year Bob Walk makes things more exciting. Last week my pal Oscar from All Trade Bait, All the Time sent me a reminder of another great cardboard hero. 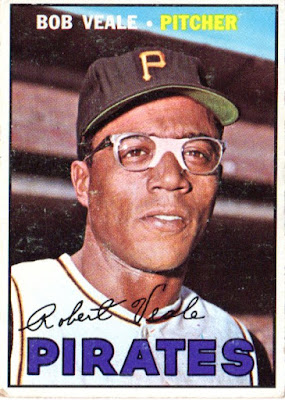 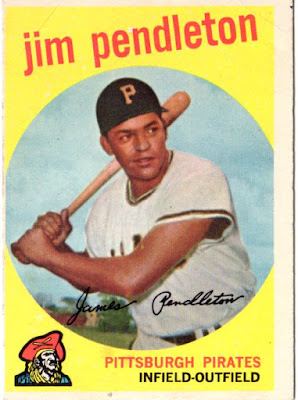 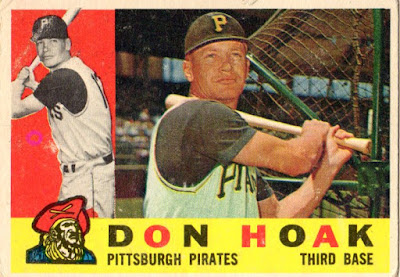 Pendleton and Hoak are linked by trade.  It was a deal full of sweet nicknames.  The Pirates sent Whammy Douglas, Pendleton, The original Frank Thomas and John Powers to the Reds for Harvey Haddix, Smokey Burgess and Don Hoak. 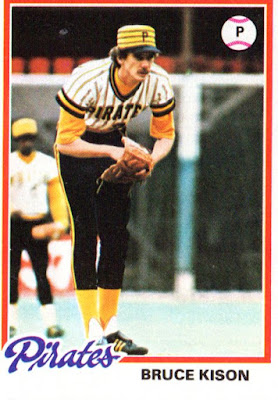 Pretty much one of the coolest uniforms ever. 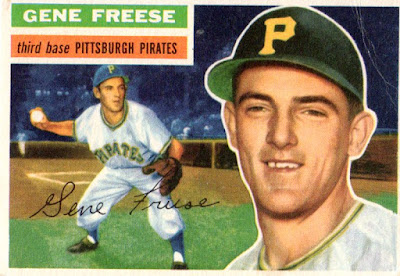 Gene Freese had a couple stints as a Pirate and was born in West Virginia. 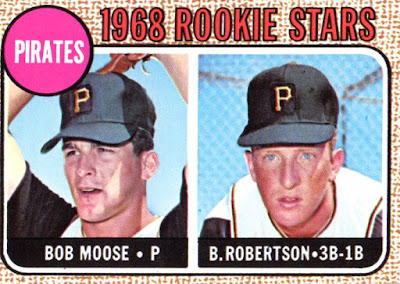 Always fun to have a dual card in which both guys had nice careers. 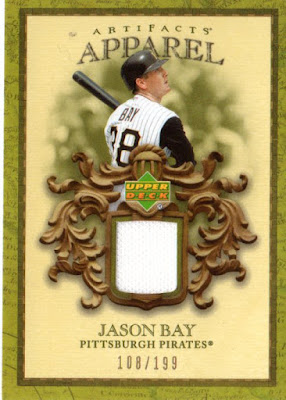 I will never have enough Bay cards. He is my most frequently looked at auctions. Thanks to Oscar I have one less to look for!

Thanks for the wonderful vintage surprise Oscar!

Thanks for reading.
Posted by BobWalkthePlank at 9:43 PM