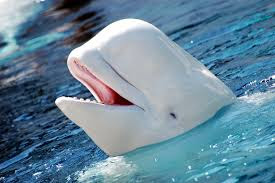 Yesterday I completed a transaction to finish out my white whale list that I have on the right side of my homepage.  The last card I needed was a Starling Marte photo variation from 2015 Gypsy Queen.  This card popped up a lot at the time I made this list so I figured it would be an easy find. Of course the well dried up and I went months without seeing it. Thankfully it popped up on Sportlots and I was able to secure it.

So now for the fun part of creating a new list.  While not an exact science I base my list on cards that I've tried to acquire via some online source, but have failed.  The cards on the list are not super high dollar, but more illusive for whatever reason.

1. 2016 Bowman Chrome Will Craig auto - In my experience no type of card is sniped more than Bowman Chrome rookie autos.  This card is not even that expensive.  If I put in a bid for $5 it will sell for $5.25.  I looked back at auctions I didn't win and I this card pops up 5 different times.

2. 2006 SP Authentic Jason Bay/Chris Duffy/Nate Mclouth Triple Auto /15 - This would have been an easy find for me had I paid attention to eBay around the holidays. I'm notoriously bad about checking BIN only items on eBay.  Once recently sold on eBay for less than $10.  Damn....

I look forward to hunting these down.  If I get help from a friend you get immortalized on my "found white whales" page.  I will also send you some cool stuff!

Posted by BobWalkthePlank at 6:01 PM