I'm currently in DC with my wife visiting some friends and family. While we both get to travel quite a bit it is rarely together and childless. Needless to say we are both excited to have a dinner without a little one tugging on our legs.

The WVU football team is playing away at Kansas State this afternoon.  One of the cool things about being in DC is that it is one of the biggest alumni areas for WVU grads.  Several bars turn into Mountaineer meeting grounds.  So I'm sure we will hit up one to take in the game. 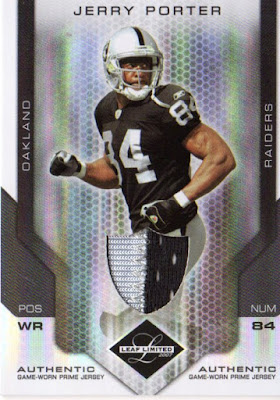 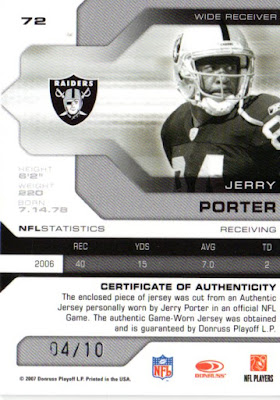 Jerry Porter was one of the best athletes in WVU history.  He played safety, wide receiver and quarterback during his tenure. It just seemed like head coach Don Nehlen didn't know where to play him.

While he didn't have a ton of work as a wide receiver, the Raiders used a 2nd round pick on Porter based on athleticism alone. He ended up playing eight years in the NFL and put up decent stats despite having to play behind the likes of Jerry Rice, Tim Brown and Randy Moss. Injuries derailed his career after signing a long term contract with the Jaguars.

Posted by BobWalkthePlank at 10:47 AM