Wes Sends me Back to College

Wes (aka JBF/Willinghammer Rising)  really needs no introduction. If you read my drivel on semi regular basis you know that Wes and I like to trade everything under the sun.  What started out as a normal blind trade would soon evolve into sending bats, jerseys, books, baseballs and action figures. I could start a side blog just to document our back and forth trading.

This year Wes narrowed his collecting habits so I have had to anticipate his attacks and shop ahead.  Preparation is key to trading with Wes.  The man lurks than pounces when you least expect. I vowed to at least always have a couple cards on hand when that unexpected Priority Mail box hits my doorstep.

Wes went the throwback route with his most recent trade by making it strictly cardboard. For this post I thought I would just share some cards featuring WVU guys.  I have plenty for a Pirates post and a Steelers/Pens. 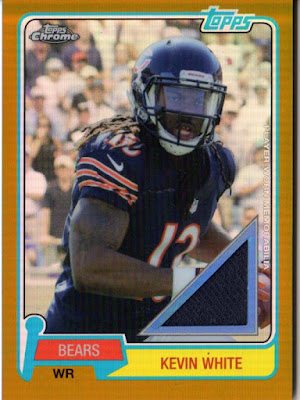 I feel bad for Kevin White.  At least as bad as you can feel for someone who signed for tens of millions of dollars as a first round pick.  He has been hurt 95% of his professional career. Whether it is fair or not he has been labeled a mega bust.  My hope is that he at least gets to have a healthy season to show his true talent.

With all that being said professional success plays no part on whether I collect a player. I want every WVU alum to have a nice professional career, but seeing them in college is why I collect.  Wes sent me a nice gold Topps Chrome relic.  These are tough pulls. 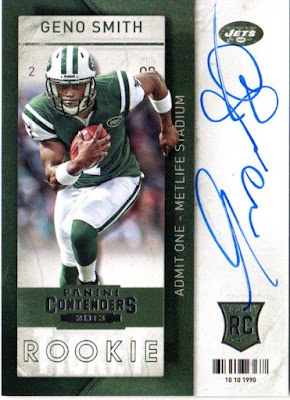 Here is someone that is getting a lot of press lately.  Geno Smith just recently was named the Giants starter this week which started a whole shit storm of bad publicity for Giants management. I think only WVU people are happy to see Geno get another opportunity.  The bad thing is this Giants team might be even worse than the Geno led Jets team. 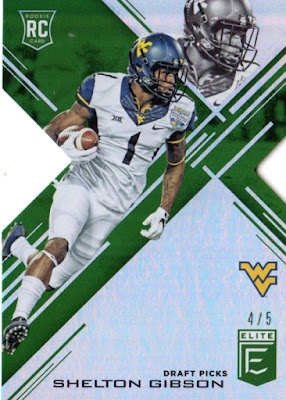 I've long been a fan of the diecut Elite cards in both baseball and football.  Obviously this is a very low numbered parallel.   Extra bonus that the card features Gibson in his WVU uniform. 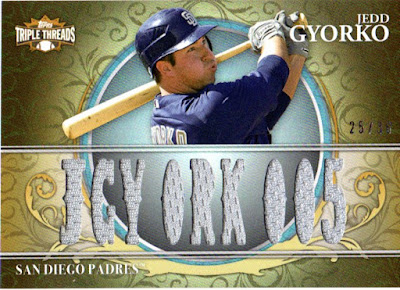 When WVU joined the Big 12 improving the baseball team became an instant priority.  Baseball is a big deal in the conference so WVU had to act quick in regards to infrastructure and personnel.  Jed Gyorko is really the only player in the old regime to make a name for himself.  I suspect WVU will produce a ton more professional players in the near future. 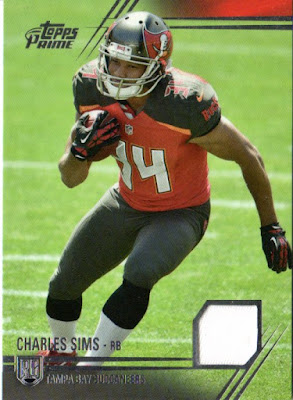 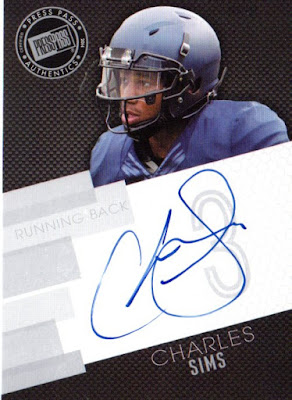 Sims has held the 3rd down back responsibilities for Tampa Bay the last 3 years. I miss the original Press Pass cards with the collegiate logs and the sharp looking on card autos.l 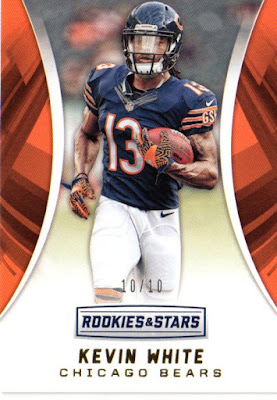 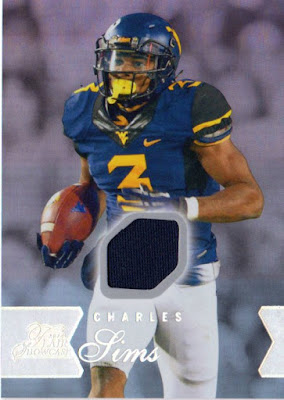 Now this is a sharp looking! 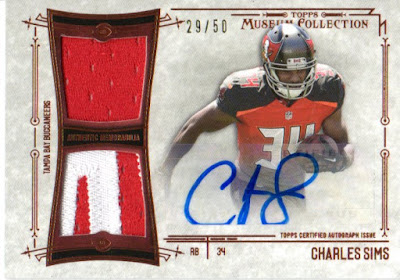 So many great Sims cards.  Museum Collection is fancy pants, so it is awesome that Wes sent some my way.  Nice to have a quality patch too! 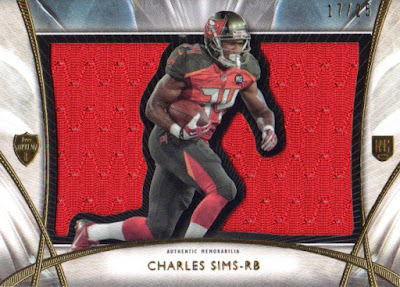 Topps Supreme had some crazy relics in it.  I kind of like how these are done. Nice to see different designs on relics. 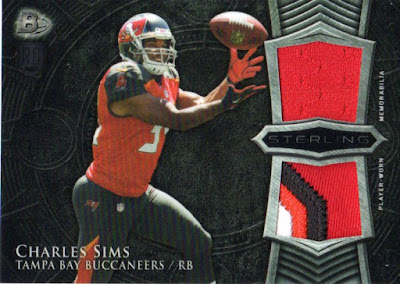 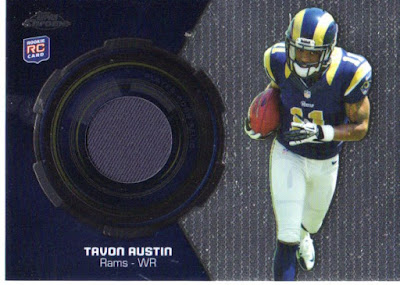 The Rams are rolling now, but it seems like Tavon is a non factor.  It wouldn't surprise me if the Rams try to move him in the offseason. 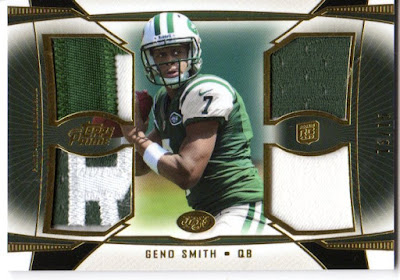 Another multi relic that includes a couple of nice patches. 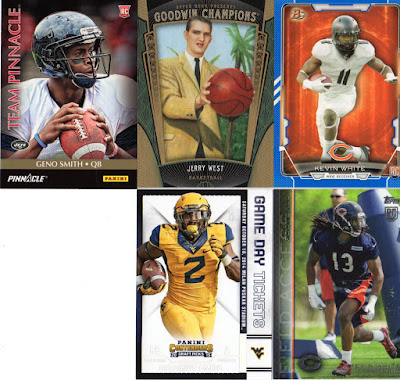 I can't thank you enough Wes.  You cease to amaze me my friend.

Thanks for reading!
Posted by BobWalkthePlank at 6:17 PM