No need to prove me wrong.  I now can say without a doubt that I own two of the best cards ever produced.  The first one was shown here.... 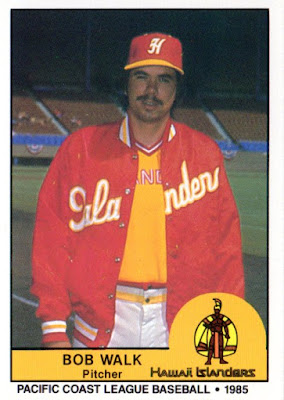 BOOM!!!!! A million times better than any sick hit. I'm thinking about buying a replica of this jacket. The ladies would be all over me.

This one might even be a shade better than the previous one I showed off last month.  The jacket really puts it over the top.  The living legend often talks about his time playing minor league ball in Hawaii fondly during Pirate broadcasts.  One can only imagine the fun he had.

Brian of course did not stop with the greatest card of all time. 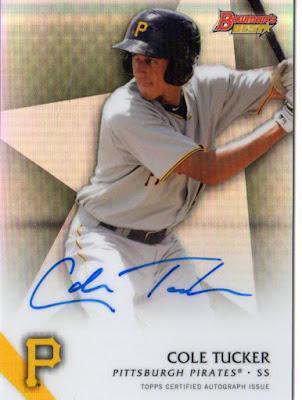 Cole Tucker is a former first round pick out of high school. His first couple of seasons were injury plagued, but the seemed to recapture some of his prospect status this year.  The Pirates haven't been great lately at producing high end middle infielders so it would be nice to see one actually pan out. 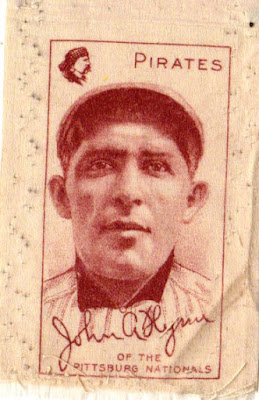 I love these old "silk" cards. 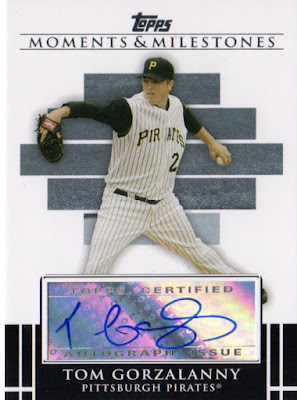 ERROR CARD!!! Give me all the money.  It is spelled Gorzelanny.... I feel like every old time hockey player looked 20 years older than his real age. 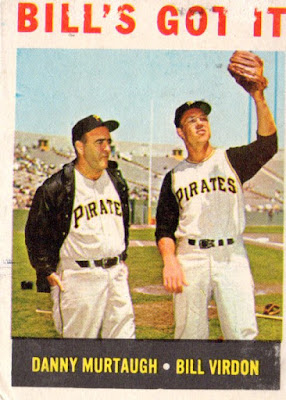 I'm pro manager card.  This is an all time great one. 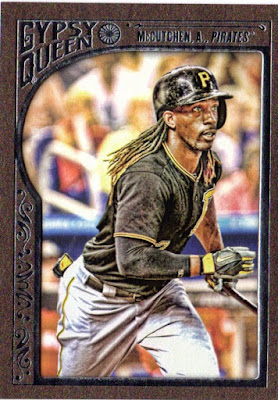 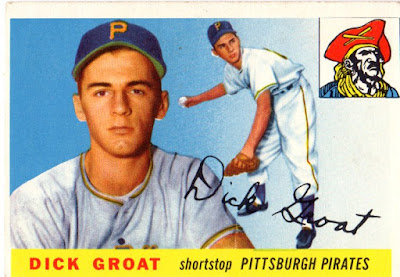 You have to love a 55 Topps of two sport star Dick Groat. 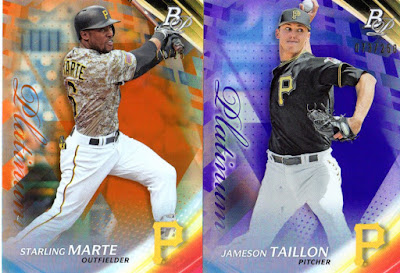 The new Platinum cards kind of remind of the newer Finest sets.  That is not a bad thing. I'm pro wild/colorful design.

I'm excited to get a copy of the National Baseball Card Day Cutch. It still pains me to see so many "normal" posed Cutch cards.  Please card copies make more unique Cutch cards. 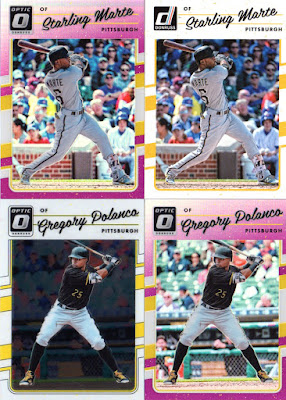 I've actually received a good bit of Optic this year as it seemed more of the blogging world gave it a try. The Marte backswing pose is a nice way to get around the licensing. 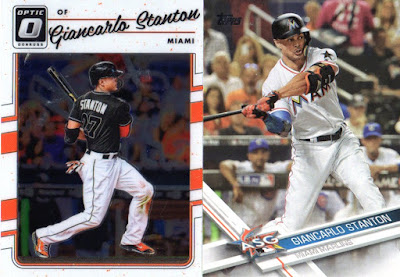 Brian was even nice enough to throw a couple Stanton cards my way.  I've mentioned a few times that I have a few cards of the Marlins slugger as I've been a fan for a long time.  I love watching him destroy baseballs. 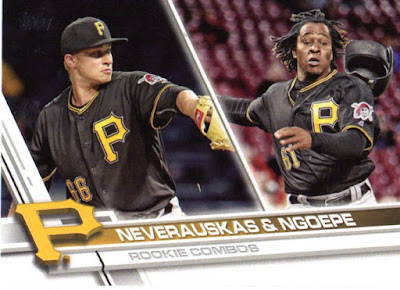 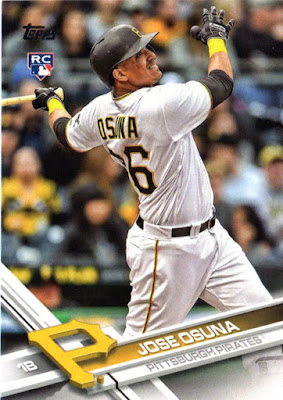 Nice to see obscure rookies get cards.  Osuna saw a decent amount of playing time while Marte served his suspension. 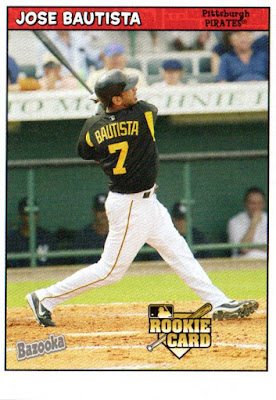 Thanks for the trade Brian!