A Game Cures All

I was hoping to get to the Black Bears game yesterday, but some storms in the area kept me home. So today after a long day at work I made the short trip trip to Monongalia County Ballpark to watch the Black Bears play host to the Batavia Muckdogs (Marlins affiliate).

As far as in game excitement it was lacking. Batavia pitchers had a hard time finding the strike zone and walked a ton of batters. The Black Bears only had 5 hits but scored 7 runs. It has been an interesting start for the Black Bears this year.  The team doesn't have a ton of high end prospects, but they are off to a 5-0 start. It seems they have bought into the organization philosophy of working the count and drawing a ton of walks.

Check out a few pics.  The first picture was stolen from a friend that arrived early to the game. 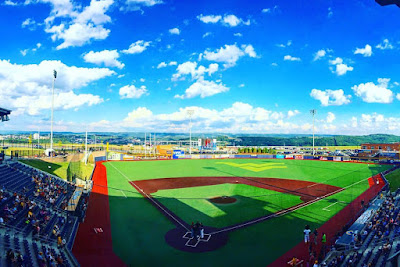 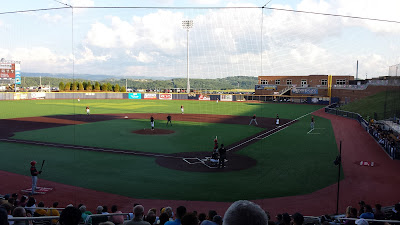 View from my seat. 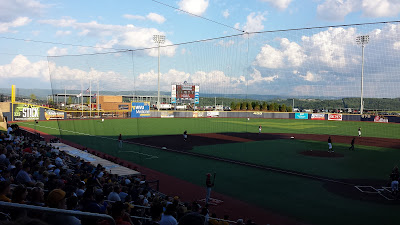 You really can't beat going to a game here. The prices are $10-12 for a ticket. The stadium has a nice craft beer selection and several local restaurants have food stands.

I hope to take work off Thursday to head to Pittsburgh to watch some day baseball against the Giants. It is a good baseball week!

Thanks for reading!
Posted by BobWalkthePlank at 11:00 PM