Normal protocol with our box breaks usually consists of finding something with some hits and has a decent checklist for our chosen teams. Obviously price is also a key component.

This time around Brian decided to do some gambling with his choice and picked a hobby box of Bowman 2016. At least in my experience Bowman has been boom or bust.  For every Kris Bryant you will find 30 late round busts. It is just the nature of the product.

Well, if you saw this post  you already know that Brian made a great decision.

While Brian and Kevin both took home high end autos, I think I did pretty well myself. 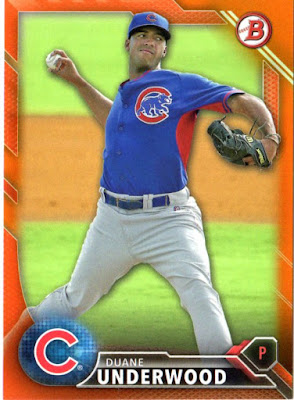 /25!!!! You always want to get nice color parallels in Bowman.  Duane Underwood is one of the better pitching prospects in the Cubs system.  He has battled some injuries, but the organizations seems to still have high expectations. 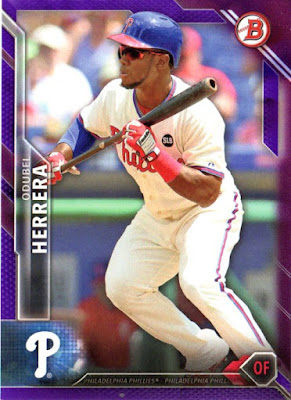 Phillies seem to have struck gold with Herrera.  He is turning into quite the player. I believe this one is /250. 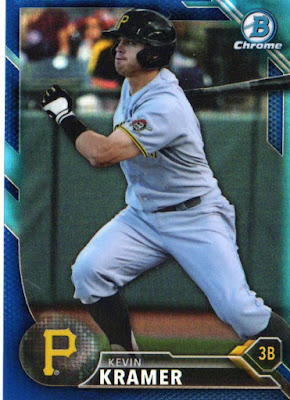 This was a nice Pirates hit for me. Kevin Kramer has done a nice job so far in the Pirates system. The blue refractors are /150. 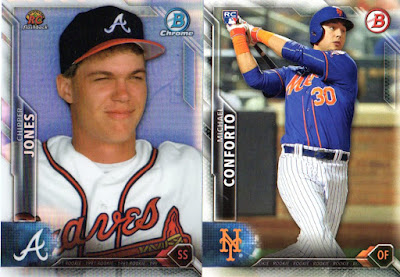 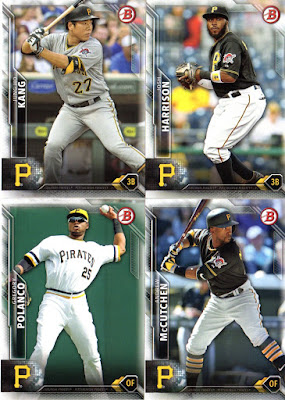 Some of the base Pirates. 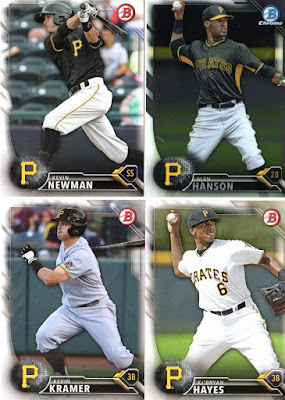 This was one of the more diplomatic boxes we have ever broke. Brian pulled a Sano, Kevin received a nice dual auto and got a color parallel of a Pirate. Virtual high five to Brian.

Of course Brian wasn't done with just contents of the break.  Here are some other cool cards. 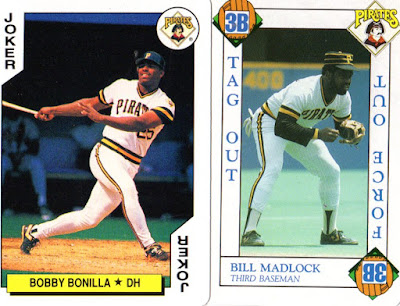 Has there been any baseball card/deck of cards mash ups lately? I don't think so.  That should change.

Hard to pick a favorite out of this bunch. Gun to my head, I choose Wakefield.

I've talked about SI Fleer cards before. If that set was out know I would venture to say it would be a top three favorite of bloggers.  Although, if this set was out now Topps would make it a one pack super high premium offering. 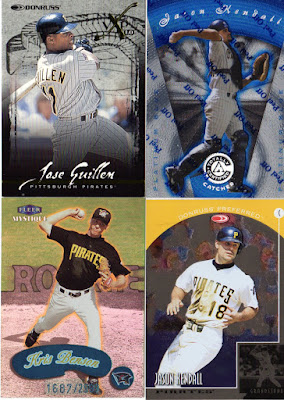 Fleer Mystique sounds so luxurious. It only lasted a couple of years and some of the parallels from this set can go for big money. Nice to get the Benson via trade.

Speaking of Kris Benson I just heard he was going to be in the Fan Favorites auto sent in this years Archives.  While I love this, I would never call Benson a fan favorite.  He was an injury proned pitcher who never met his potential as a 1st overall pick. I'm not sure if I find his inclusion or Sid Bream from last year more puzzling. I still want the Benson auto..... 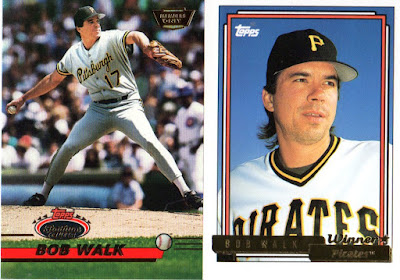 My head would explode if Bob Walk got added to the Fan Favorites set. These are two beauties right here. Topps even had to put winner at the bottom of this Walk card.

I vaguely remember the game in which you could get these "winner cards." 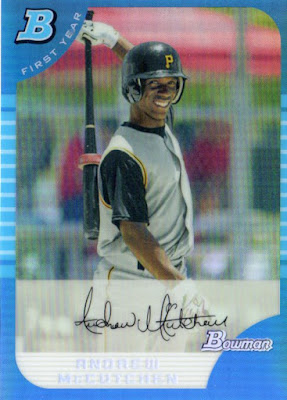 This is the reprint of Cutch's rookie in the 2013 set.  Every Cutch card is awesome so this card rules even though reprints of cards that are not that old to begin with is kind of odd. 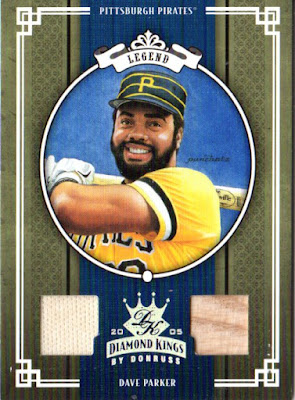 I love this card! Man, I went crazy for the mid 2000's DK sets. They were full of Pirates. Guys like Craig Wilson, Jack Wilson and Jason Bay were all represented. Brian warned me that a Cobra was lurking in this trade package.....

Thanks for the break Brian and all the great extras.  You really picked a winner.

Thanks for reading.
Posted by BobWalkthePlank at 5:47 PM