One of the great aspects about my hometown of Morgantown gaining a minor league team last year is just starting paying dividends the last couple of weeks. Now that the WV Black Bears are entering their second season, cards featuring players in the Black Bear uniforms are starting to hit the market. With the release of Topps Pro Debut both 2015 first round pick Kevin Newman and 2nd round pick Kevin Kramer are featured prominently. 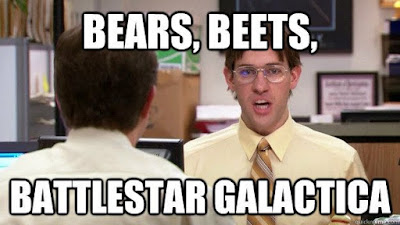 I've decided to accumulate as many cards as I can of the local team.  Since this team is a Pirate affiliate this is really nothing new for me to collect other than I'm going to make a conscience effort to keep track of what I'm accumulating. 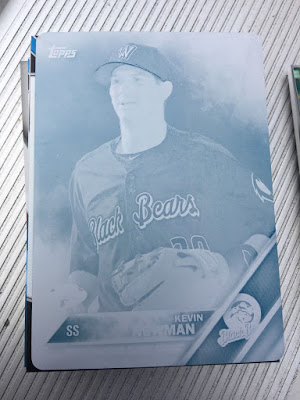 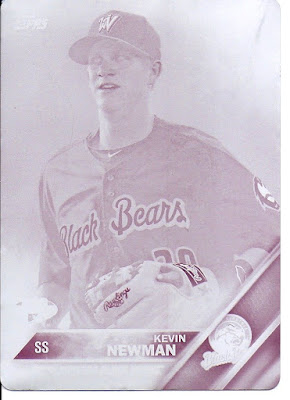 Kevin Newman is very affordable on the secondary market so it has allowed me to chase some higher end cards that I would normally pass on. These two plates popped up not long after the Pro Debut went live. 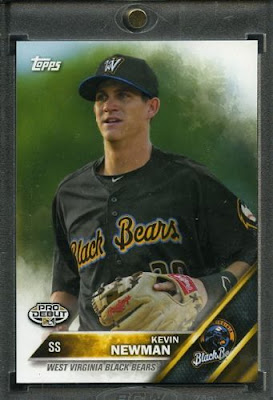 This is a blank back 1/1 that I actually was excited to own. 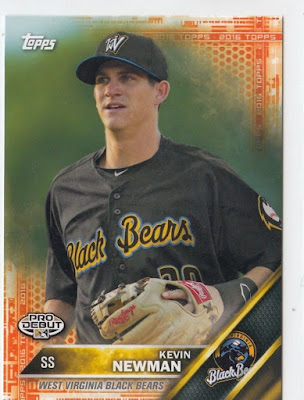 The orange parallels are /25. 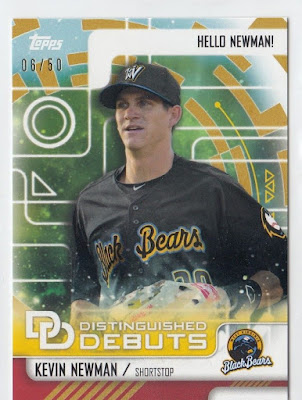 This is a gold parallel of the Distinguished Debuts insert /50. 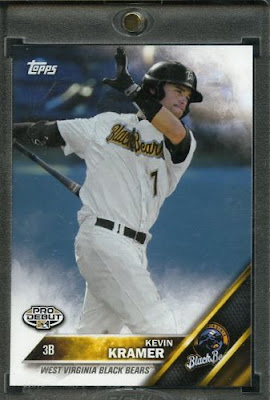 The Kramer blank back went live the same time as the Newman.  Kramer items are also very affordable.

I've also picked up a few lots of the base cards to add to my collection.  I hope at some point to be able to pick up a printing plate of Kramer, but I've yet to see one hit eBay.

Could you imagine all the Seinfeld references if these two make it to Pittsburgh?  I'm sure that would get old quick. Plus these guys were probably in Kindergarten when Seinfeld went off the air.

If you happen to pull any Black Bears cards I'll be happy to take them off your hands.


Posted by BobWalkthePlank at 6:31 PM