This is my first official package from Shane of Shoebox Legends fame, but not my first interaction. Back in September Shane, Mark Hoyle and myself met for dinner while I was in Providence and talked cardboard for several hours. It was by far the best part of my trip.  I have my fingers crossed that I can get up to the Boston/Providence area again sometime next year.

Last week a bubble mailer arrived from Shane. I've been sitting on it because I'm still digging out from JBF boxes, but finally got some time this evening to explore the contents. 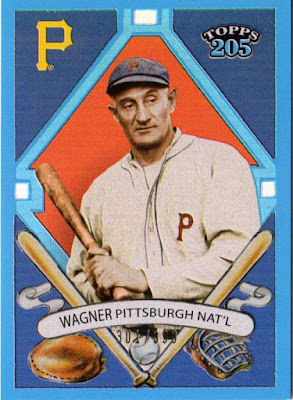 This was my favorite card of the bunch Shane sent. It is a little hard to see, but this is numbered /399 and is on thick card stock. 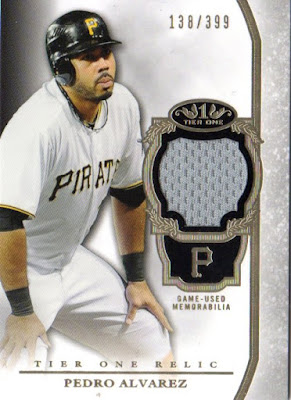 Players like Pedro Alvarez, Chris Carter and Mark Trumbo play in the wrong era. If this was the late 90's early 2000's teams would be lining up to pay them, but now they struggle to find consistent work. Teams just don't want to play one tool players and value positional flexibility these days, even in the AL. Out of the three, only Trumbo looks to get a multi year deal, but I have a feeling it will be a much smaller annual value then most expect. 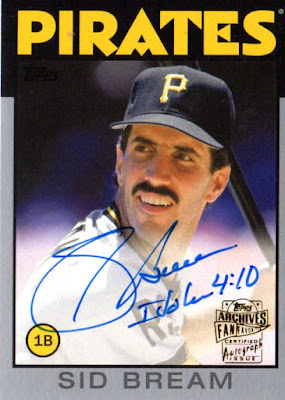 This is a sharp looking card. I think Sid signs with a bible verse just about every time.

On a side note I was happy to see him sign for the Fan Favorites set as it is always one of my favorites, but really question the thought process of him being included. As most know he was involved in the most heartbreaking play when he scored the winning run in the 1992 NLCS as a member of the Braves.

Either way it works out for me as it was nice to see a certified auto of him in the Buccos uniform. 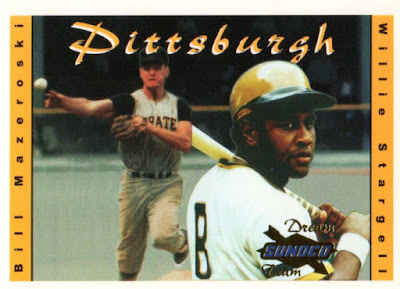 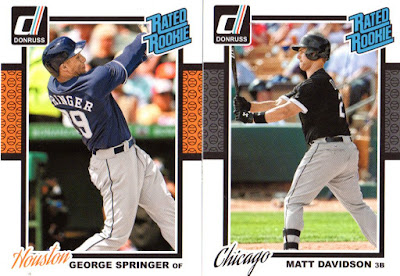 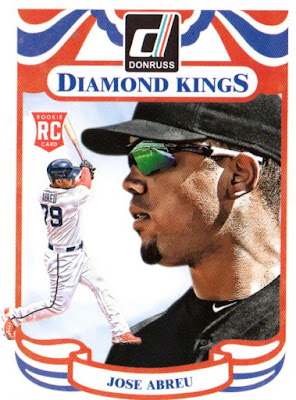 I'm pretty much retired from set building these days.  Shane helped me fill in a few loose ends on my incomplete sets.

I was a Bunt fan.  It was a step in the right direction for budget sets. 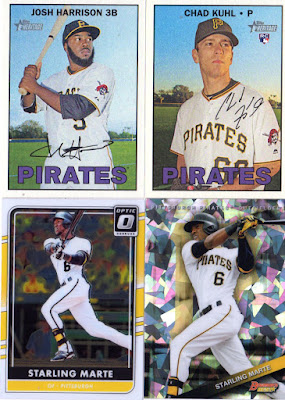 Heritage had a ton of new Pirates this year. The Chad Kuhl rookie is a very welcomed addition. He is likely going to be in the rotation next year.

I don't have many Donruss Optic cards.  It is essentially Donruss Chrome. I dig the Marte. Speaking of Marte he and Gerrit Cole might be the faces of the franchise by the time Spring Training comes around. Pour one out for Cutch :(

Thanks for all the cards Shane. Glad we could break the ice via the blog.

Thanks for reading.
Posted by BobWalkthePlank at 10:32 PM