Some Needles in a Haystack

Pirate shortstop Jordy Mercer doesn't have much in way of autographs or relics.  In terms of recent sets, Panini's Americas Pastime was the only one to feature Mercer.  Recently on eBay I was searching for some Mercer cards in came across a nice lot of older issued Mercers.  Less than $15 later it was at more doorstep. 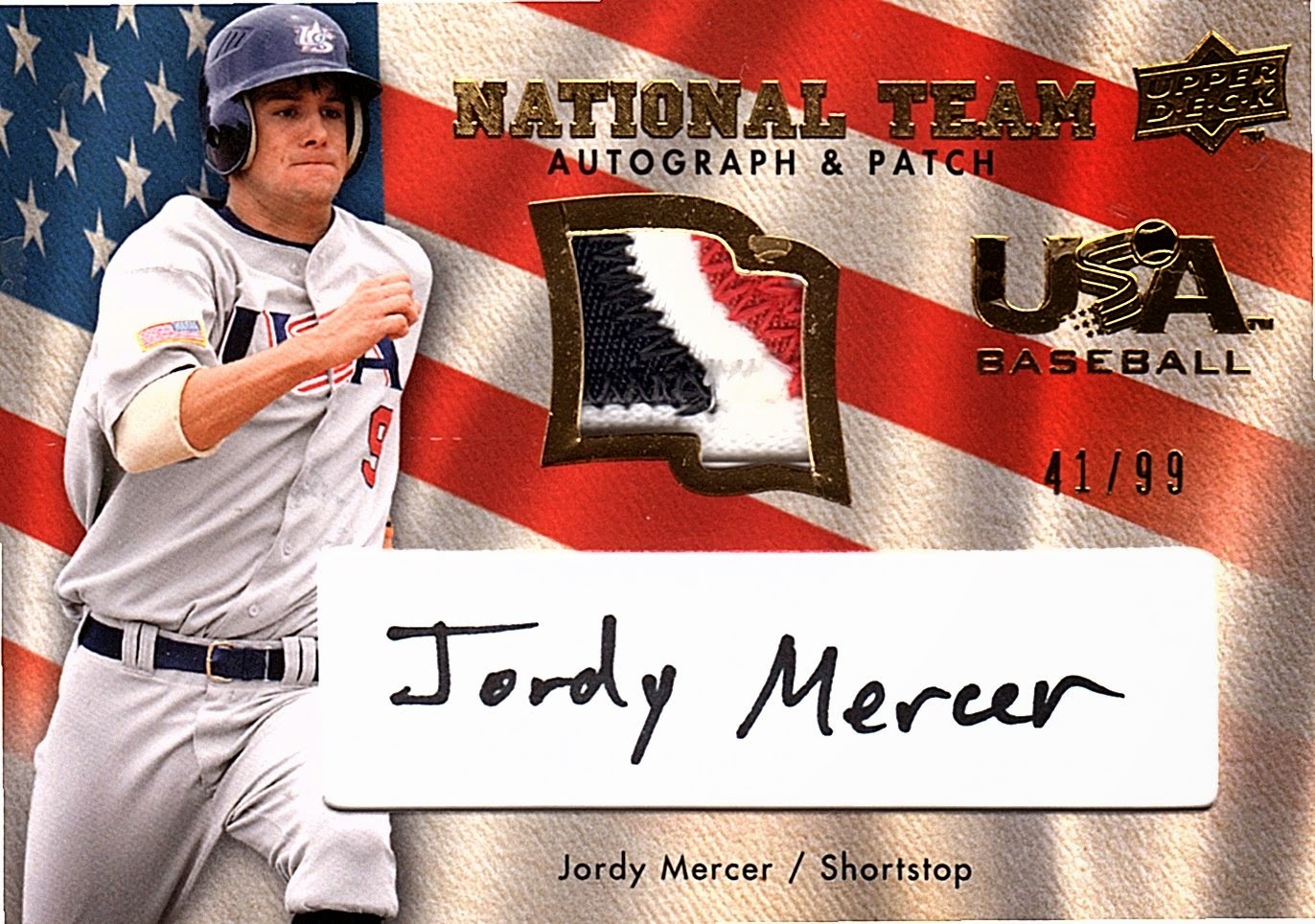 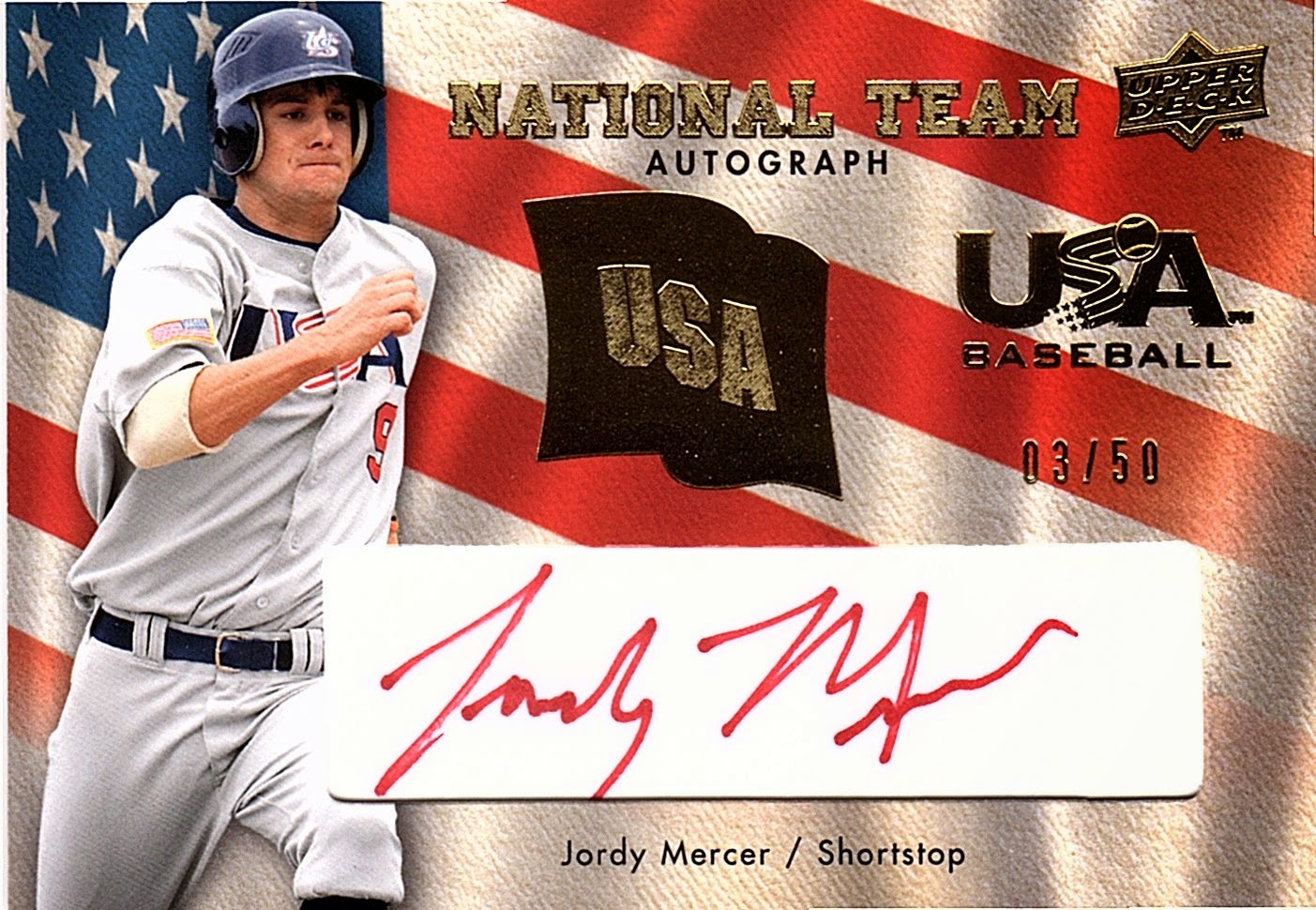 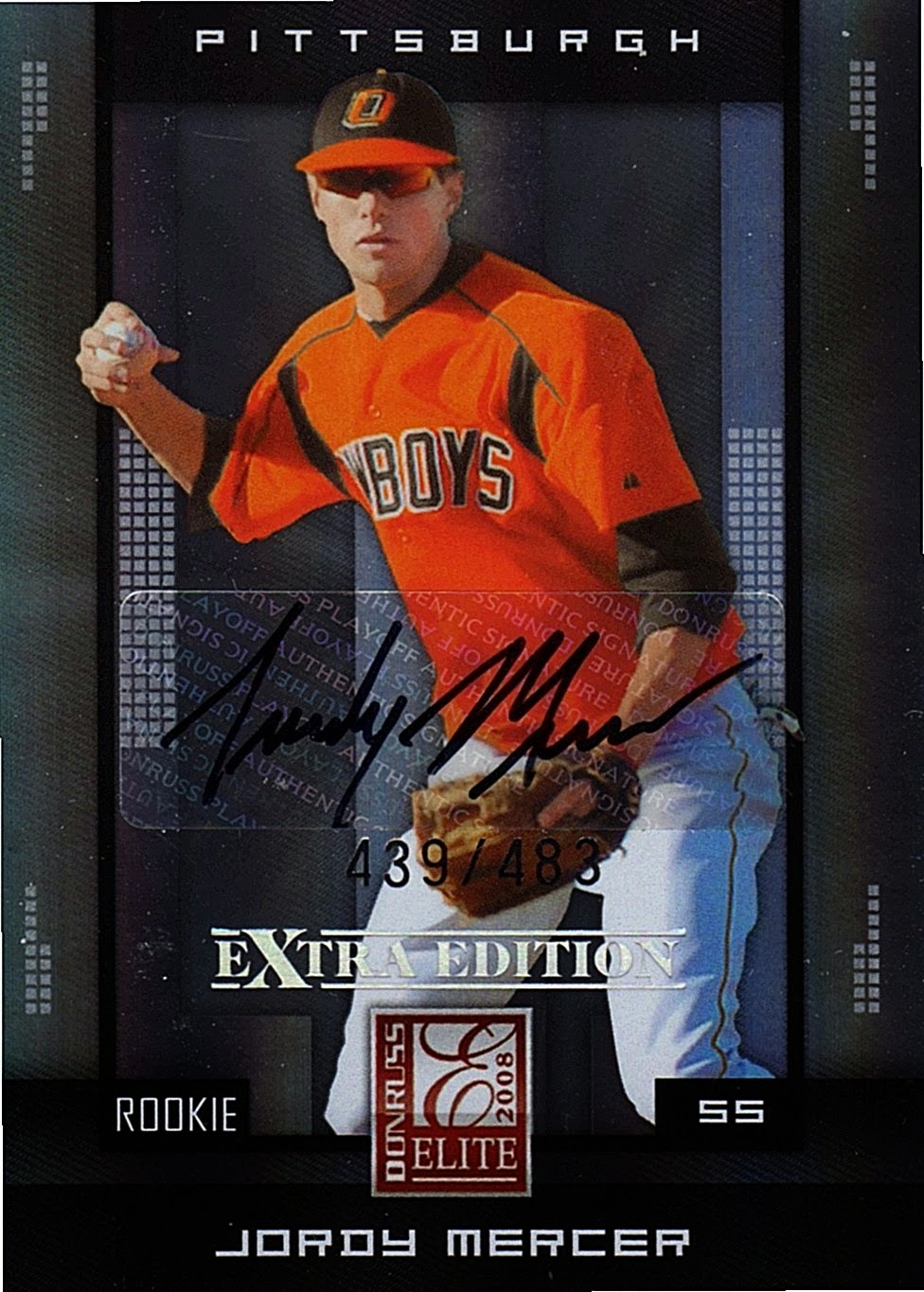 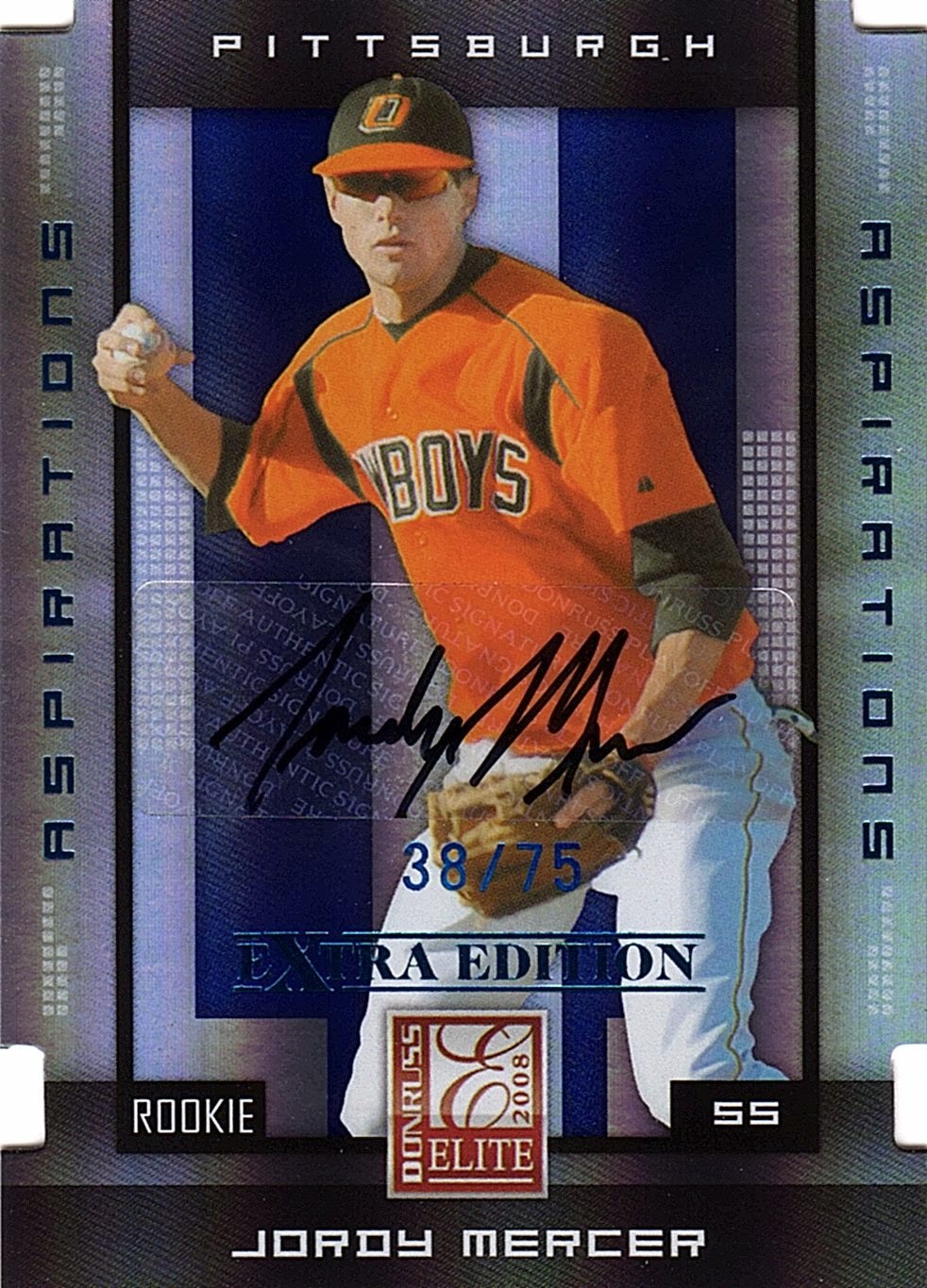 I guess he was trying to be different and printed his name on the patch auto.  Would have been nice if he would have signed it normally, but either way it is a nice card. I'm a big fan of college cards so I'm partial to the Aspirations die cut featuring Jordy in his Oklahoma State Cowboy uniform.

In terms of Jordy as a player I've been pleased with his development.  I didn't think he could stick at short, but he has turned himself into a league average shortstop.  If not for a terrible April and May, Jordy could have produced some big numbers. Thankfully management stuck with him and he went on to produce almost a 3 WAR season.  Not bad considering he was close to losing his starting job.

Thanks for reading!
Posted by BobWalkthePlank at 8:23 PM