Weeks like this are why I love having a blog.  My mailbox has been bombarded with trade packages. Today is brought to you by Cervin' Up Cards.

Zippy Zappy and I have traded multiple times now.  One thing I can always count on is prospect cards.  The cool thing is that it has recently been announced that Morgantown is getting the Pirates short season New York-Penn League team and will face off against Zippy's Staten Island Yankees. Rivalry! 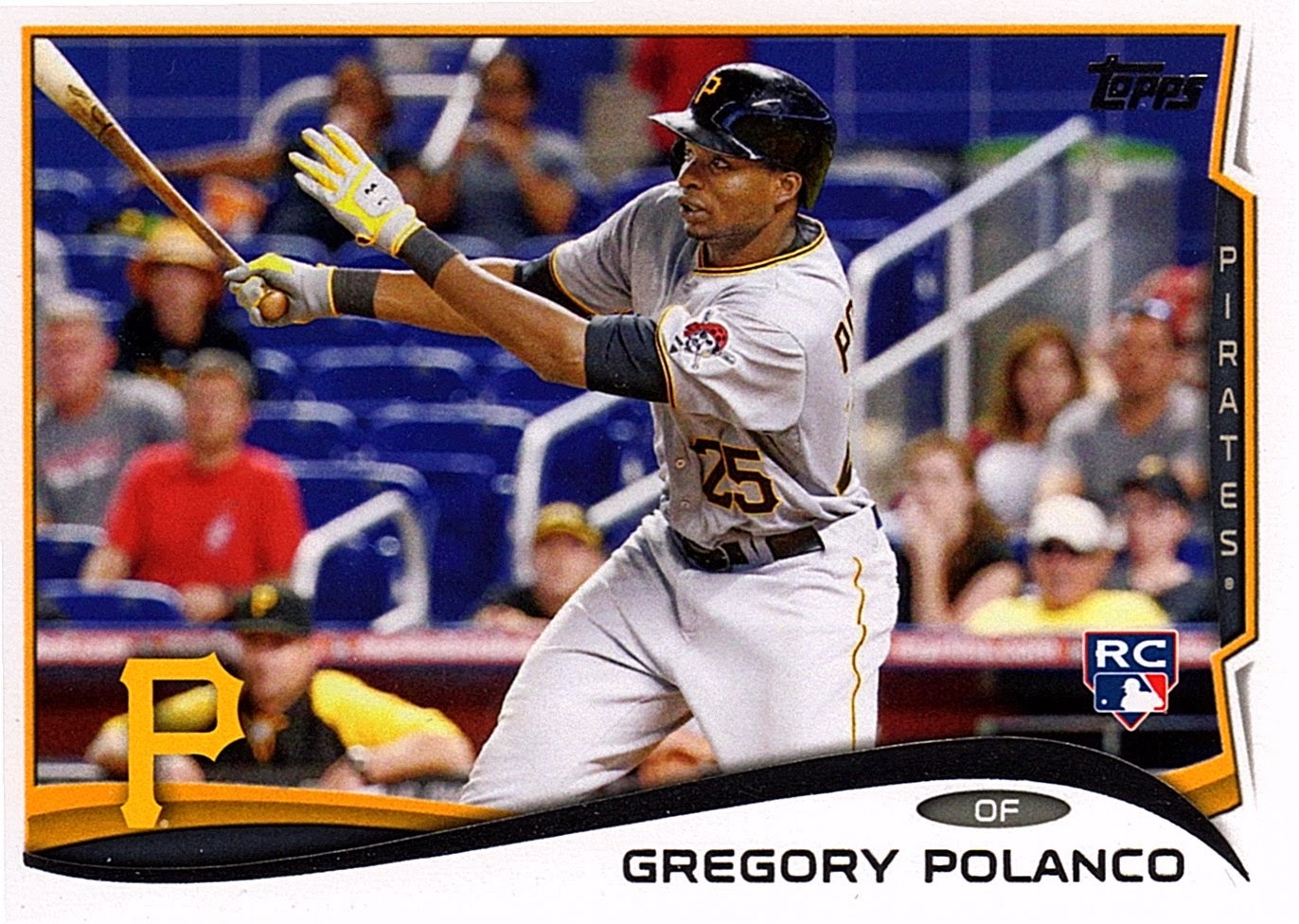 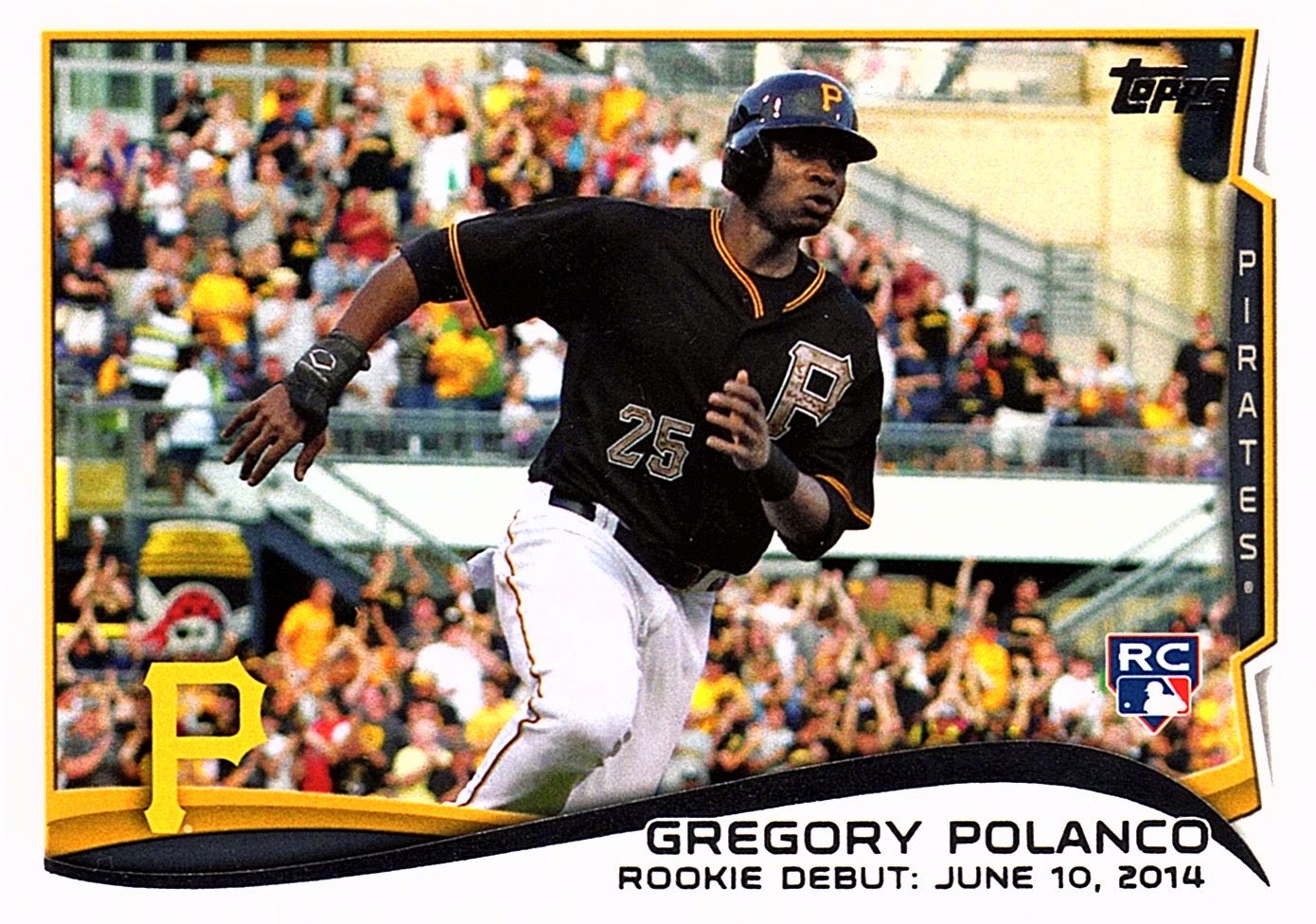 Couple new Topps Update Polanco's. I've added a boatload of cards of the young Pirate outfielder in the past couple months. I haven't got around to Update yet, so big thanks to Zippy for the doing the work for me! 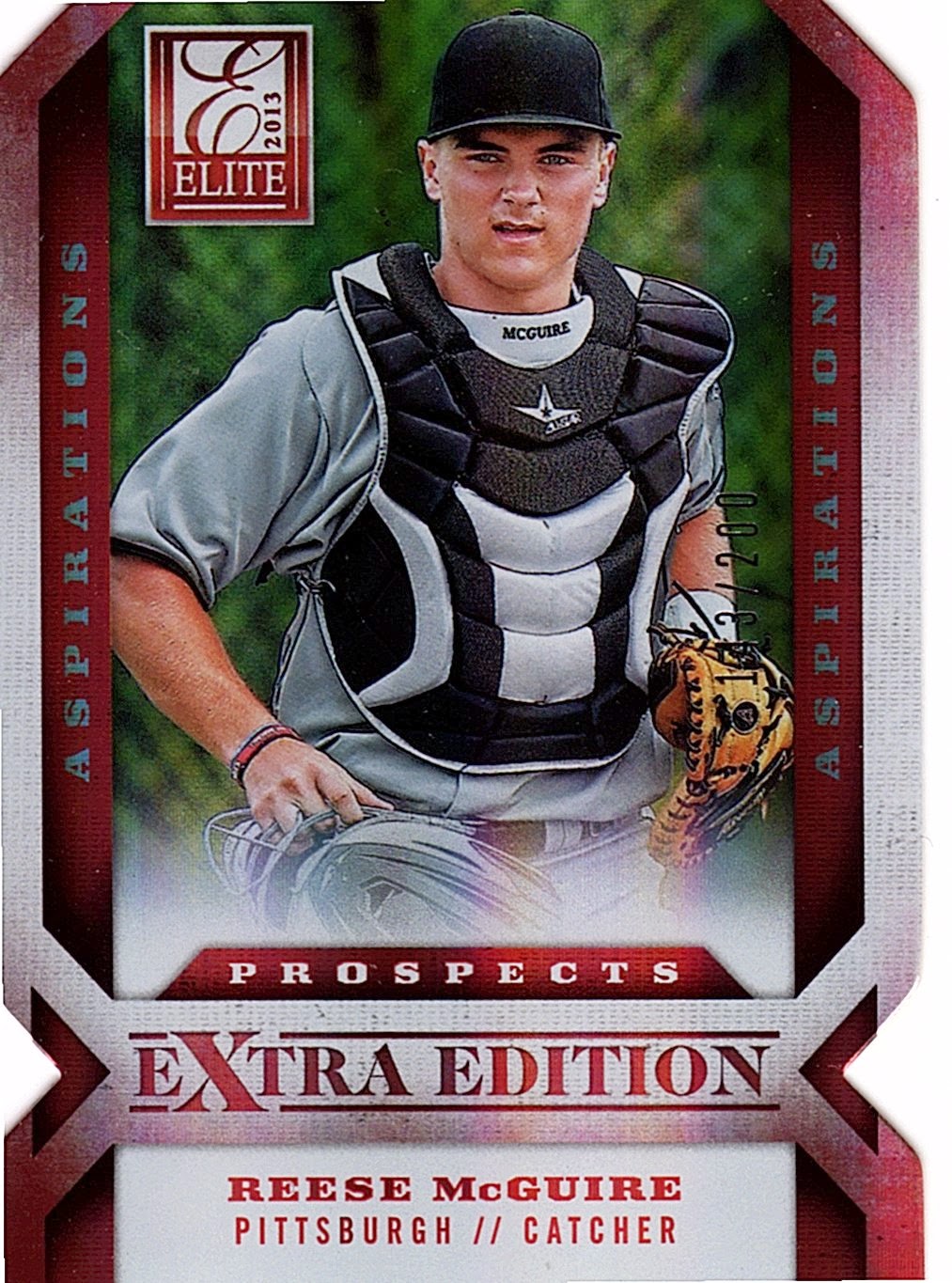 Not having a license works pretty well for catchers. If I recall Zippy pulled this out of a pack and was nice enough to save it for me. The Aspirations diecut is numbered to 200. McGuire's glove is considered advanced for his young age. If his bat comes around he could become an interesting prospect. 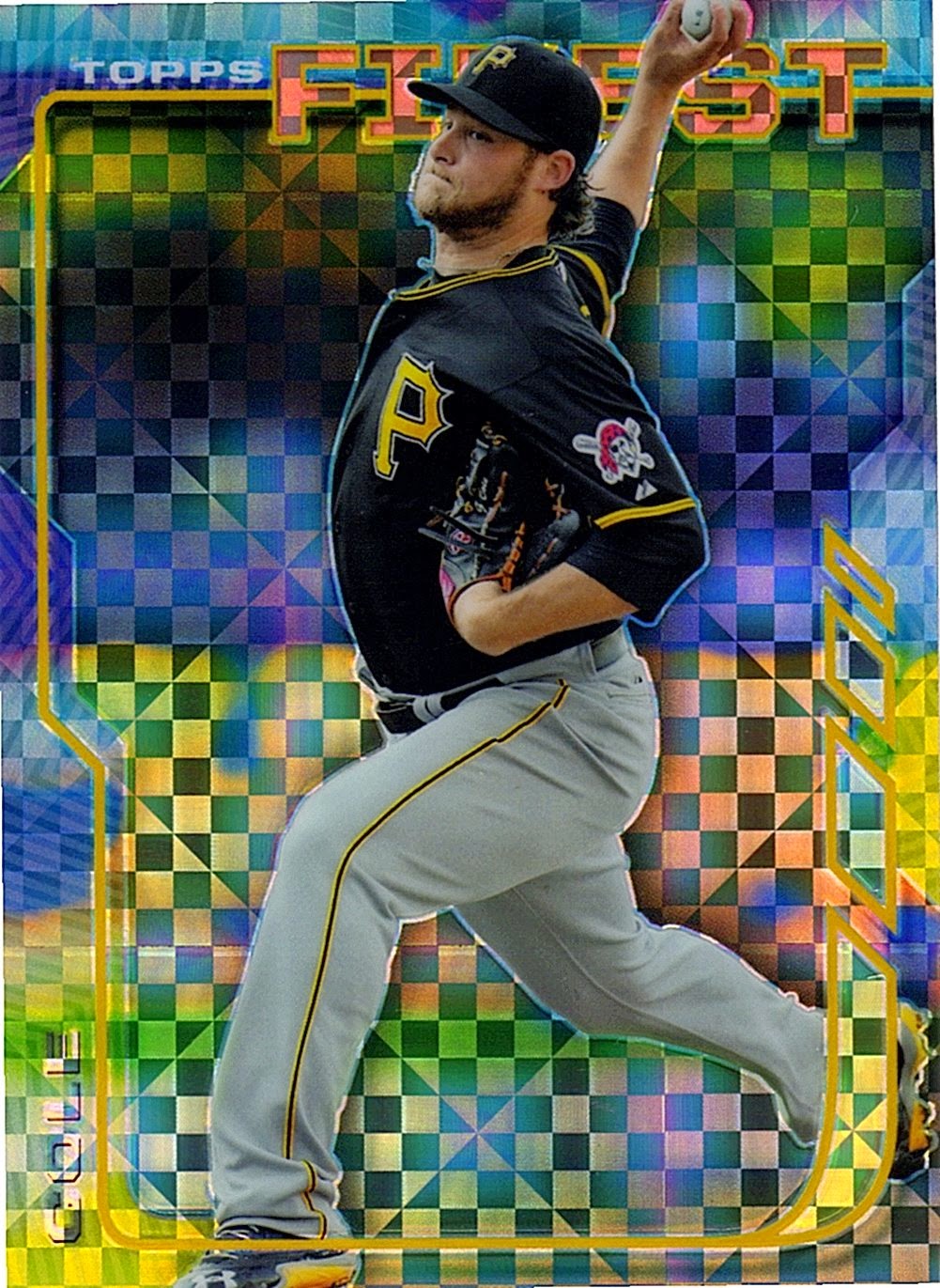 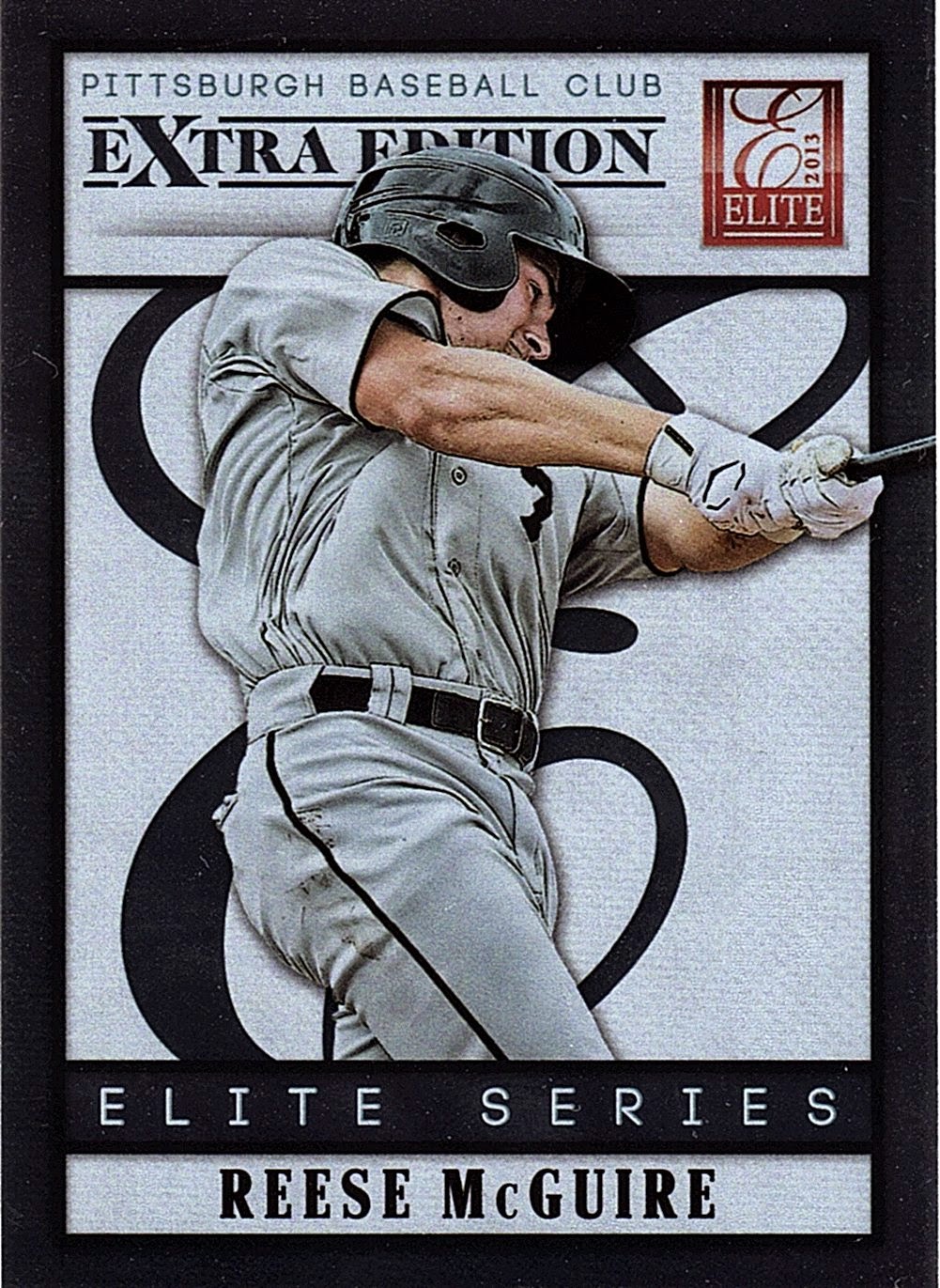 Why is the McCutchen outlined in black?  Until Zippy clarifies I'm going to assume it is a super ultra 1/1 worth 10k. I love these Sega Gen cards. Whenever I see them I automatically think of Cervin' Up Cards.

Harold Ramirez's stock continues to rise in the Pirates system. He is cut from the same mold as a Marte and McCutchen in the sense that he doesn't have 1 great skill, but is good at everything. Let's hope the talent keeps blossoming as he goes through the system.

Nick Kingham might play a role in the Pirates rotation next year.  Nothing flashy about his game, but he has been solid his entire career so far.

Thanks again for all the great cards Zippy! I always enjoy the assortment you send my way.  I put a package in the mail for you today, but it won't be much of a surprise. Either way I know it fits well in your collection.

Thanks for reading.
Posted by BobWalkthePlank at 9:28 PM