A while back Jim from the great blog GCRL and I realized we hadn't made a trade yet.  I think each of us had been following each other for quite sometime, but never got around to trading. We decided to do a blind trade with me leading off.  On Friday Jim sent back a return package that was packed with Pirate goodness. 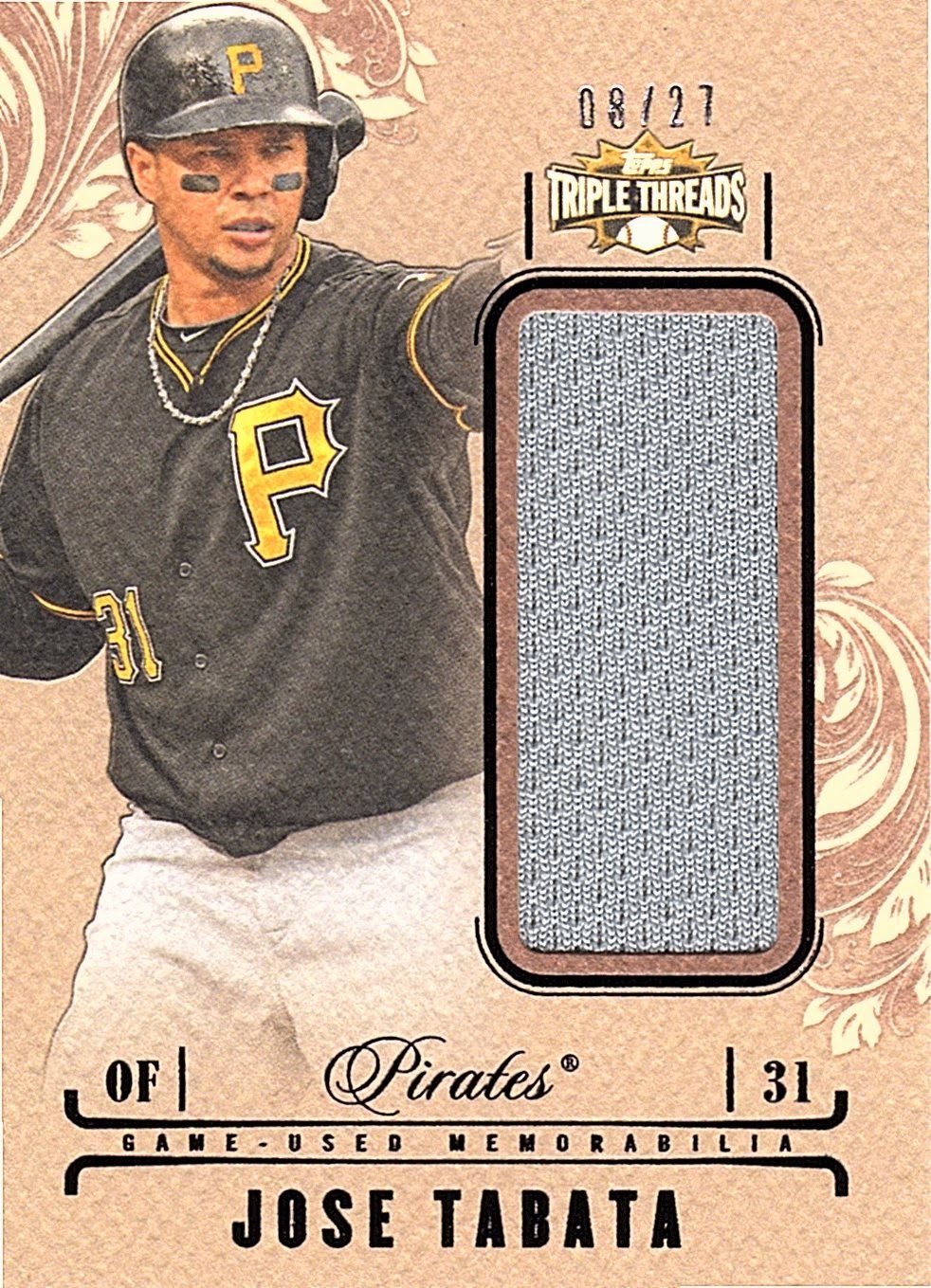 I haven't got around to buying much 2014 Triple Threads on eBay yet.  So this is much appreciated. 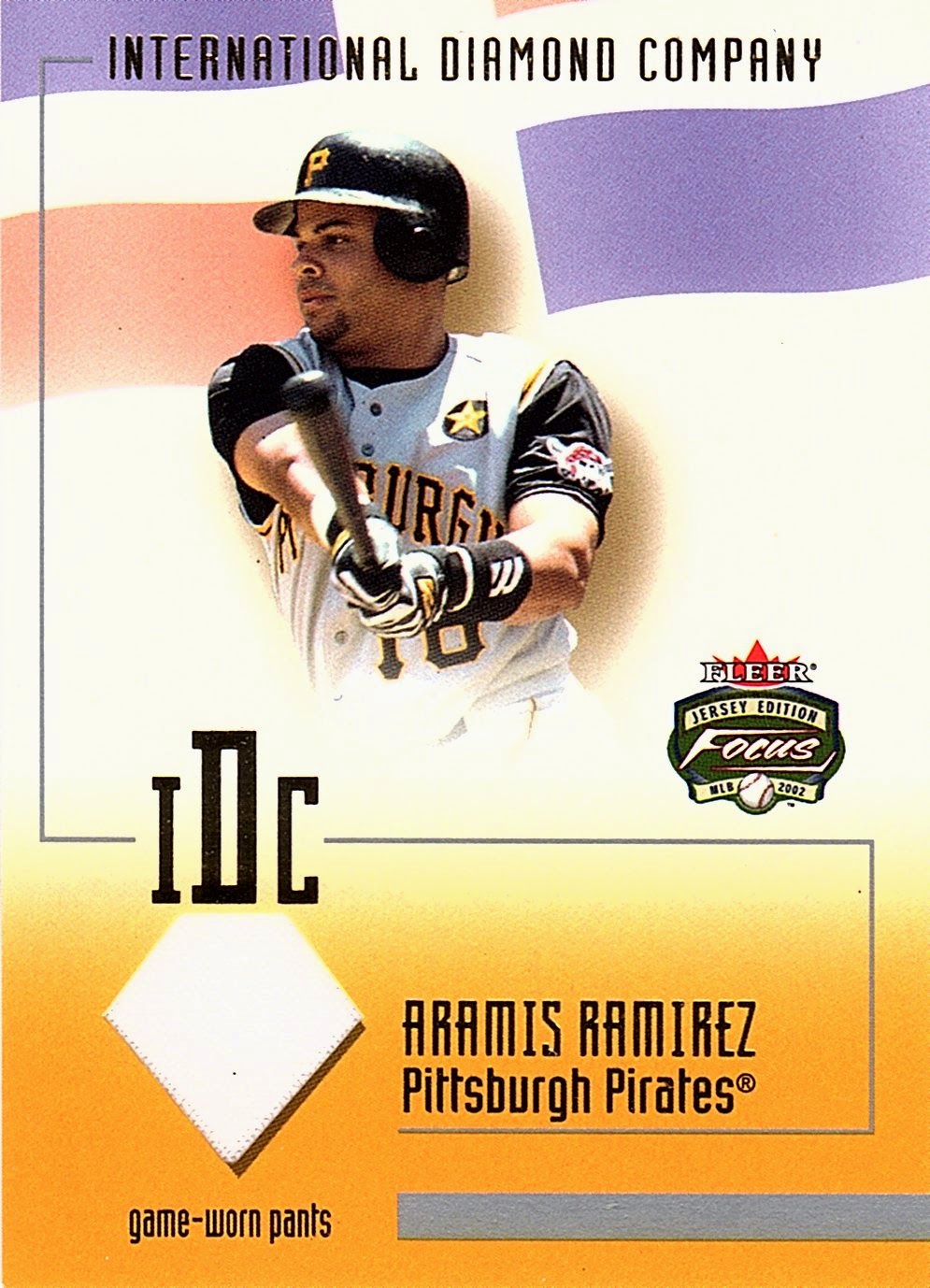 I've vented a few times how the Aramis Ramirez trade set back the franchise for years.  Thankfully the Pirates have gotten away from these types of moves.  This card is unique in that the relic is game used pants. 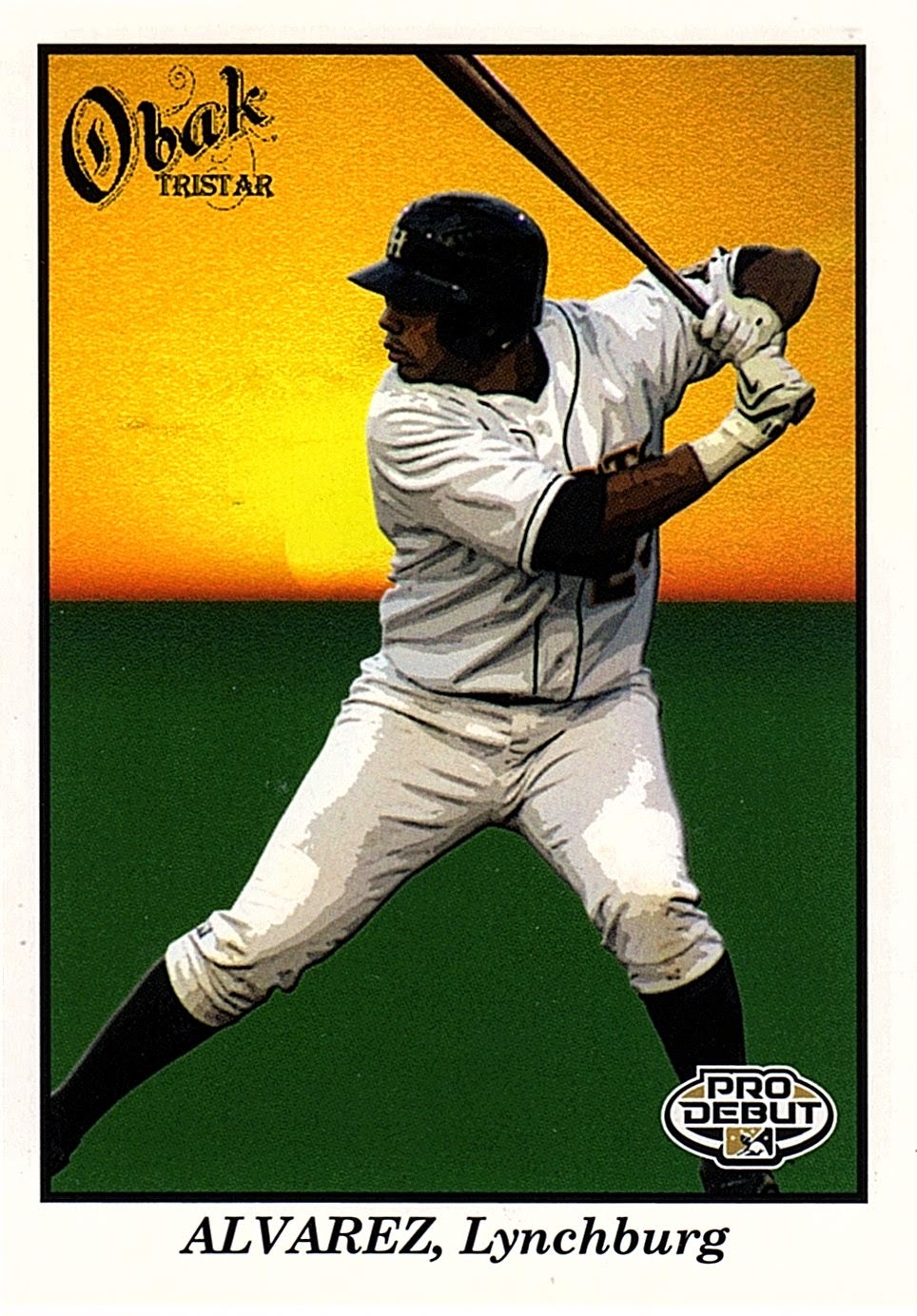 This is a unique Pedro Alvarez card from Obak Tristar.  It is very low numbered /50. 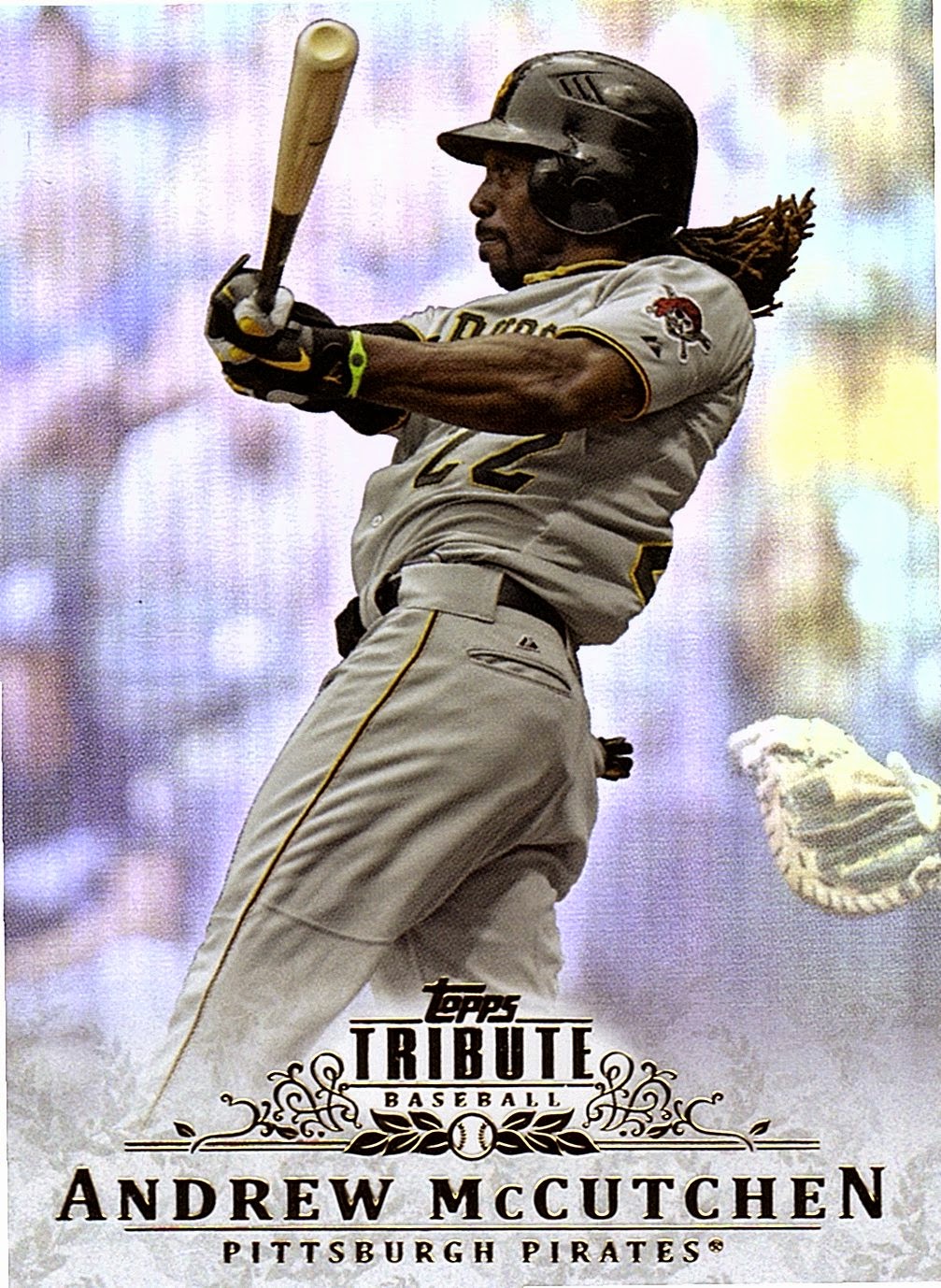 I think I did more with the WBC Tribute set than the main this year as both Jameson Taillon and Jason Grilli were represented.

Always nice to receive the base cards from such an expensive set.  The cards always have a nice look. 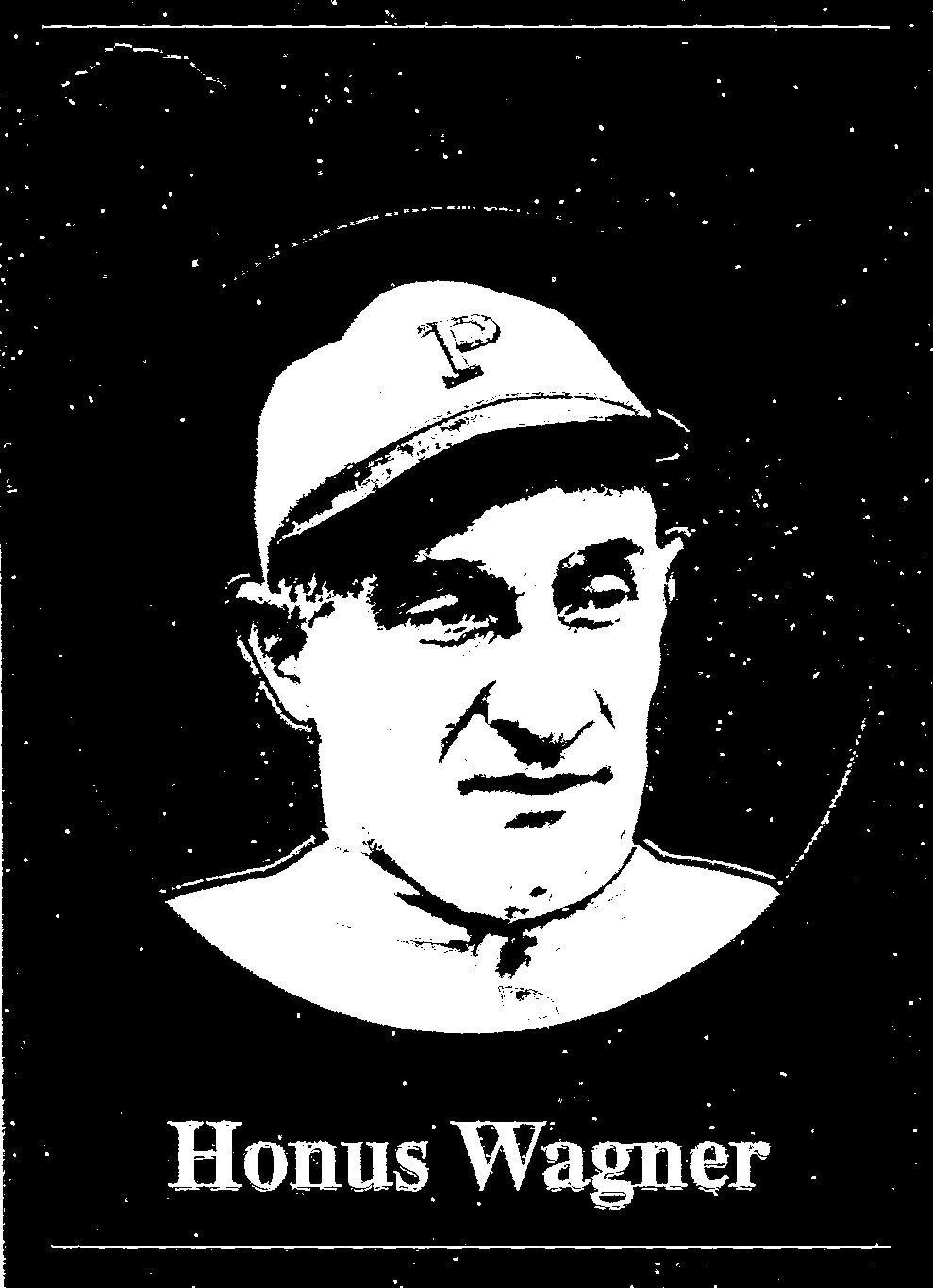 This card didn't scan well, but it is from 2001 Chrome.  You will have to take my word that it is a nice looking card.

Some random vintage.  Always welcomed anytime as I've stated a lot that vintage is the weakest part of my collection. 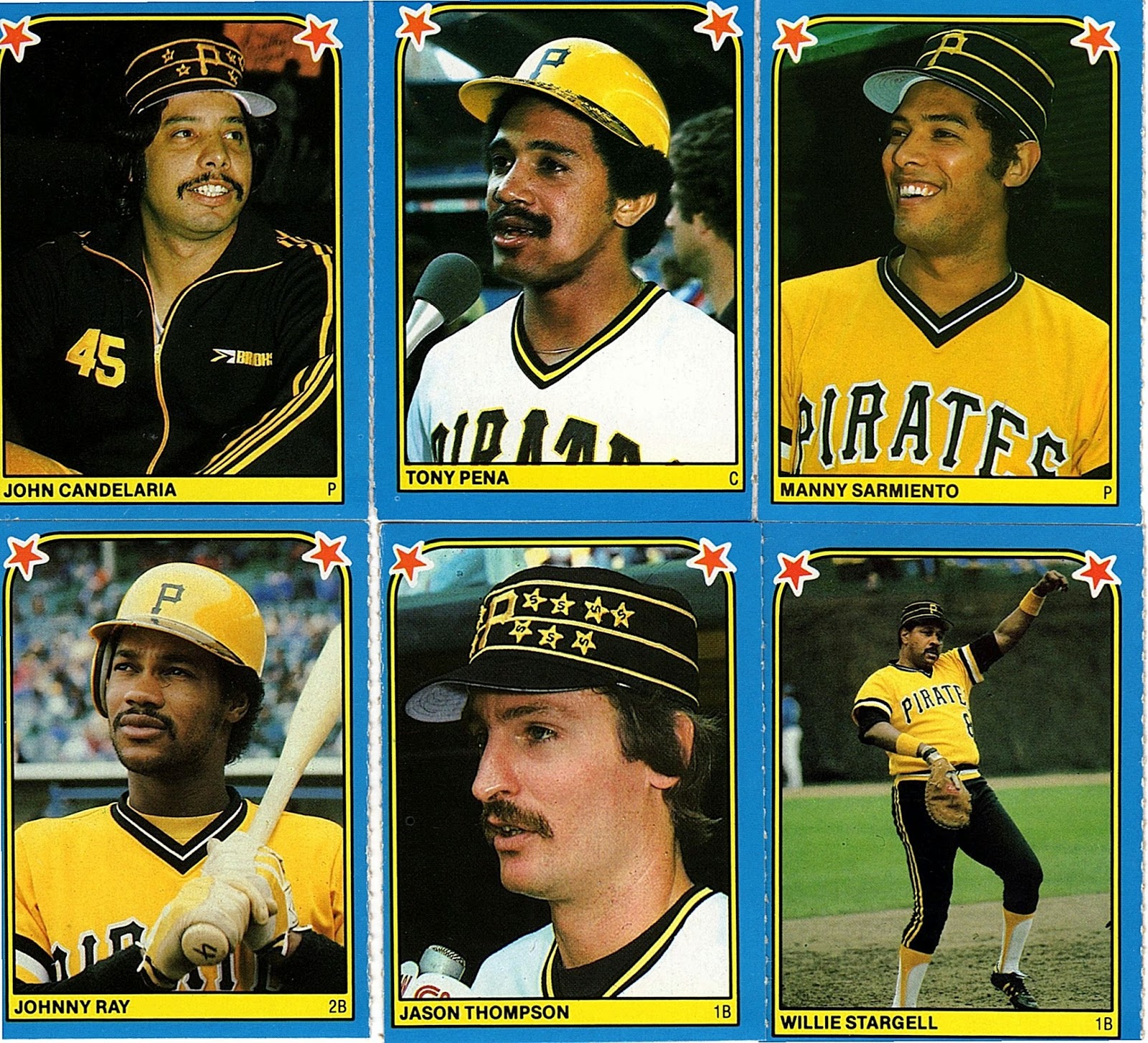 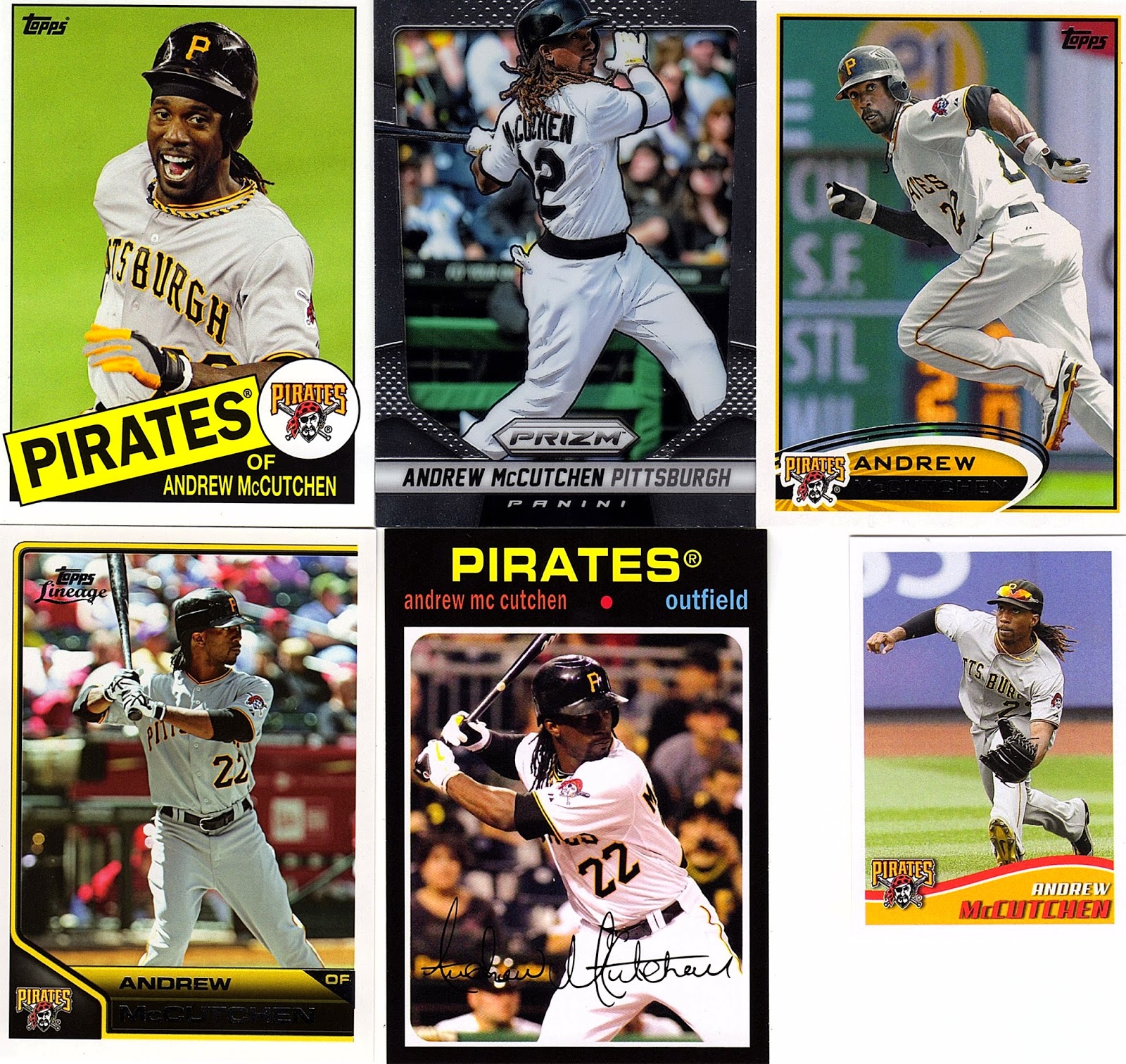 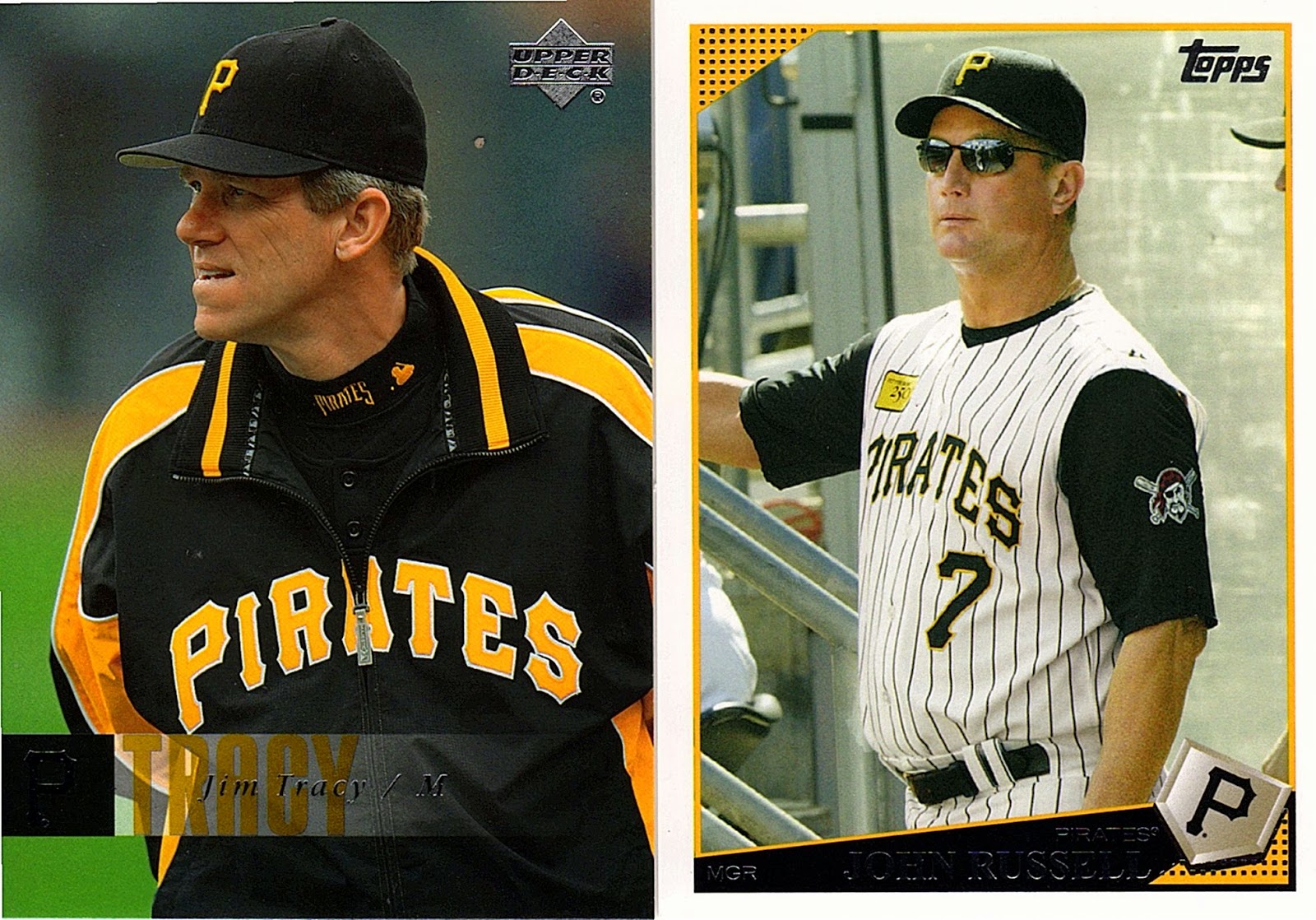 Two former managers of the Buccos in which I don't thank anybody was sad to see go. Both Tracy and Russell are starting to get linked to open jobs, but as of now Tracy remains unemployed and Russell is still the bench coach with the Orioles. 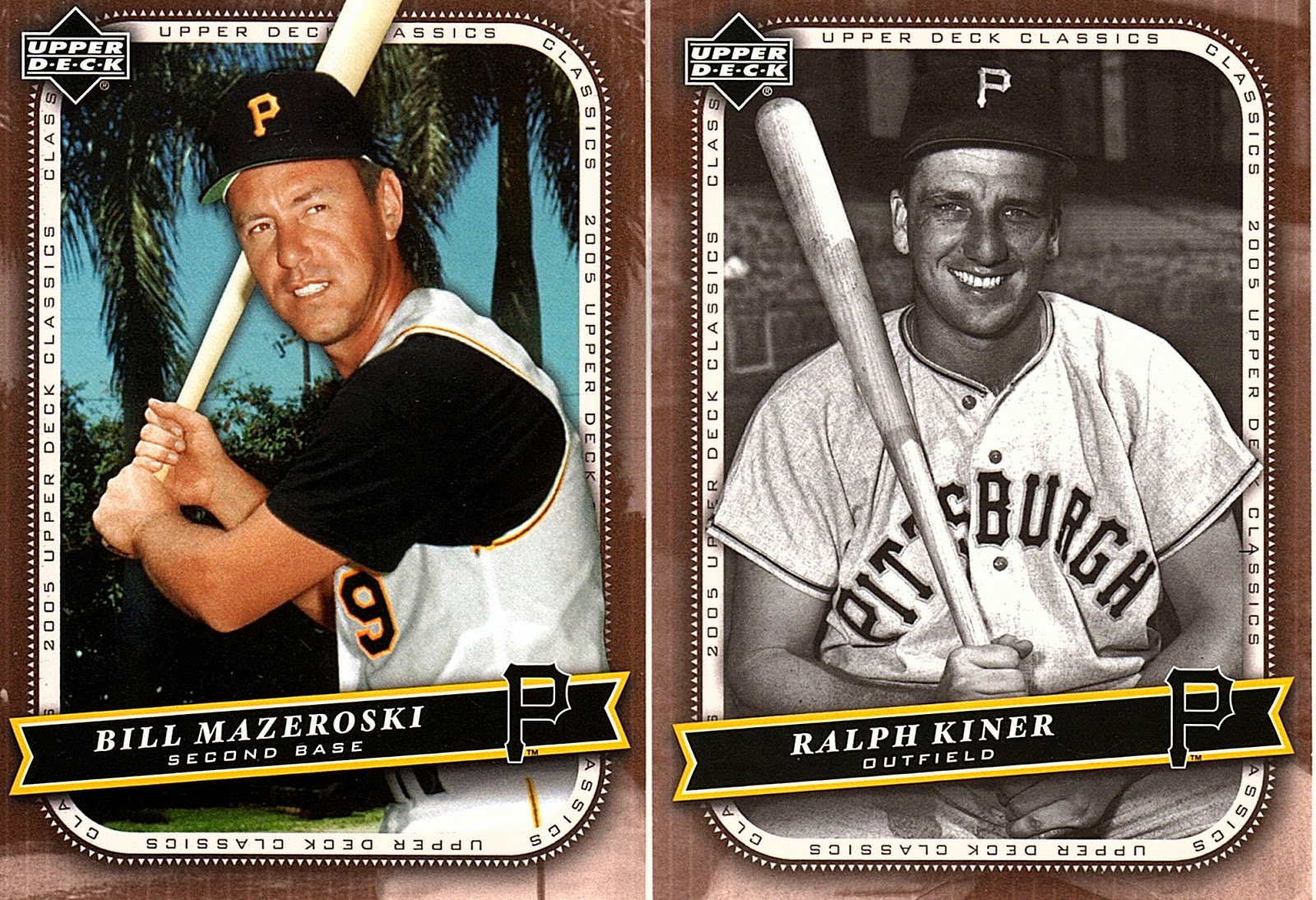 Some parallel Topps goodness.  Not long ago I was mentioning that I didn't have many of the cards that depict Burnitz as a Pirate.  I think in the last two weeks I've received 4 or 5. This version is the gold /2006.

Thanks for all the great cards Jim.  This was only a small sample of what was sent as the enveloped was packed full.  I'm game for the next swap whenever you are ready.

Posted by BobWalkthePlank at 3:49 PM