A couple weeks back I shipped off some Phillies autos to Brad's Blog.  Brad in return shipped a boatload of Pirate cards back my way with a huge surprise. 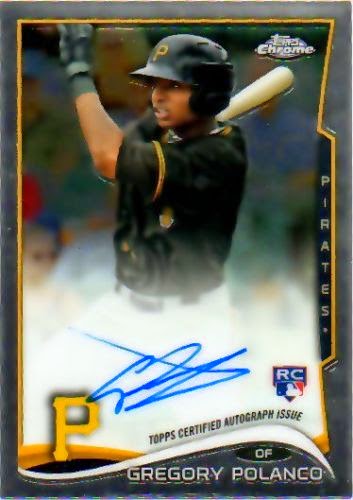 Might as well start off with the heavy hitter first.  Did you pull the Polanco out of your case Brad? What a beautiful on card signature of the Pirates top prospect. One thing I like about trading with Brad is that he always surprises me.  Our last trade he threw in a Justin Wilson /5. 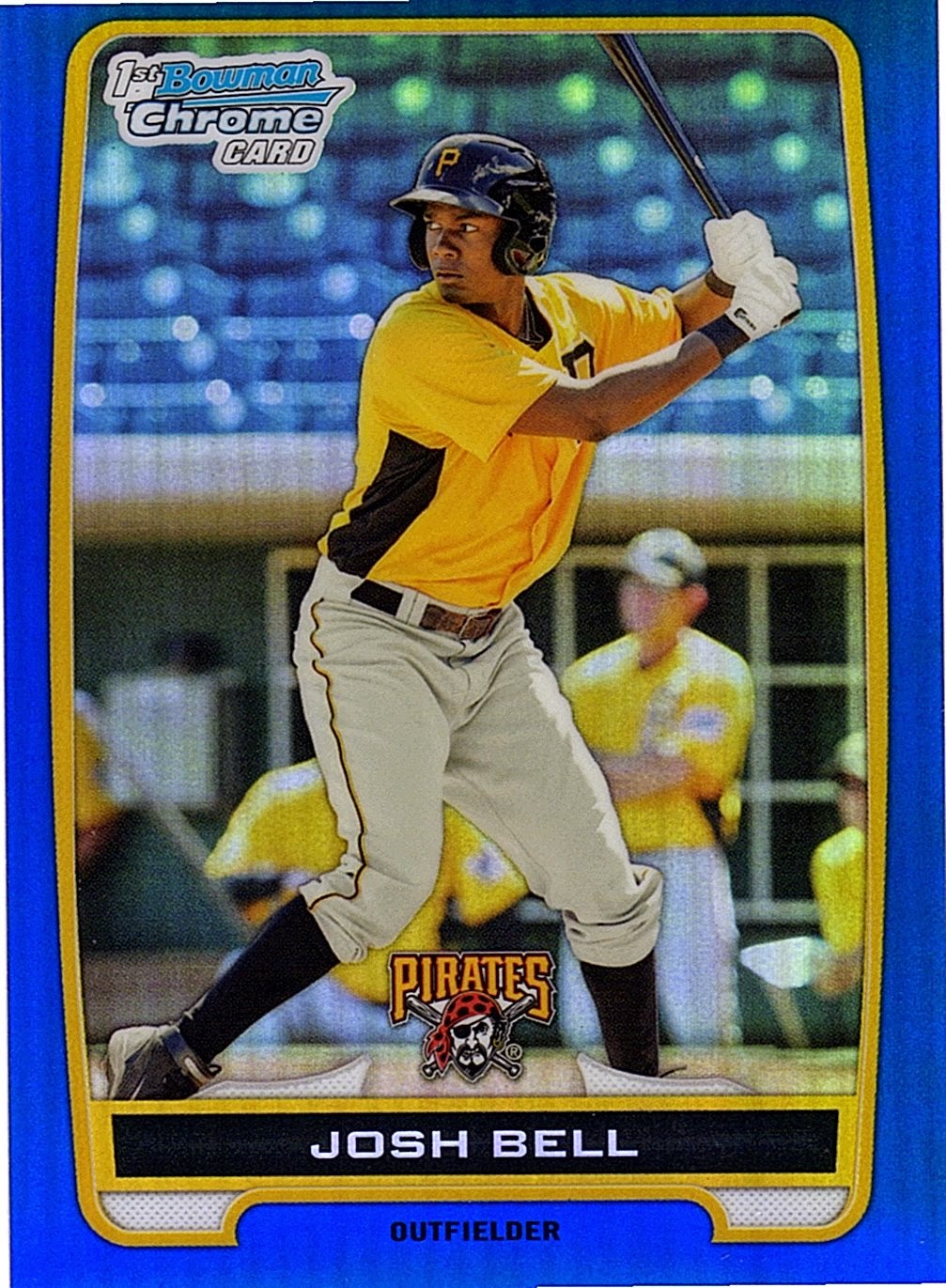 This Josh Bell is numbered to 250.  Bell stock has been rising after overcoming injuries early in his career.  The Pirates are currently in the process of switching Bell from the outfield to first base. It will be interesting to see if the talent continues to blossom.  Great card! 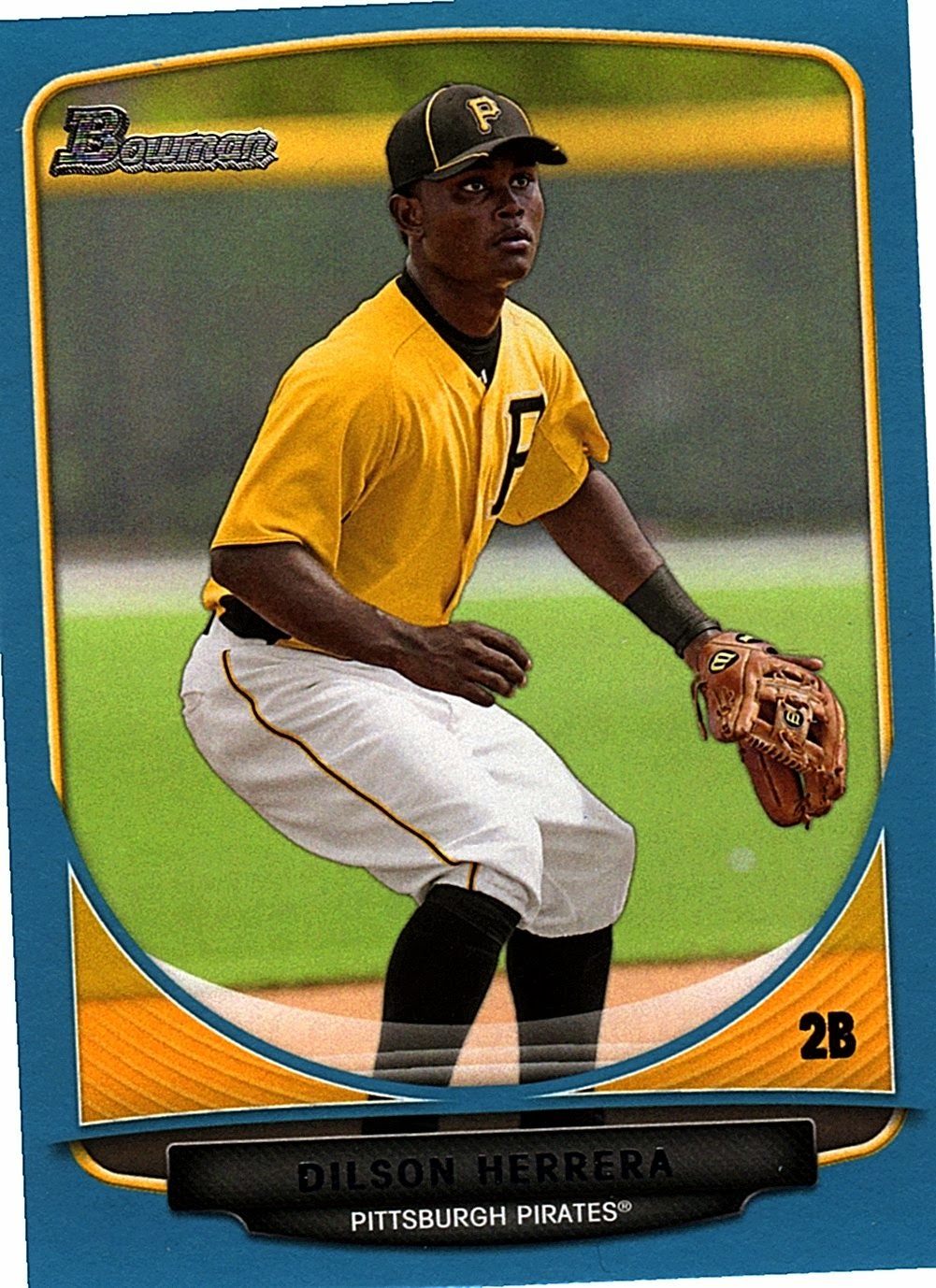 Dilson Herrera is making quite a name for himself with the Mets.  The Pirates dealt the young second baseman in 2013 for Marlon Byrd.  It looks like it may have been a deal that benefited both teams as Byrd was a key figure in the Pirates making the playoffs and hit a huge homerun in the Wildcard game and Herrera has been fast tracked by the Mets and made his MLB debut.  This card is numbered to 500.

Some refractor and xfractor goodness of Marte and Liriano.

Some refractors of Cutch! 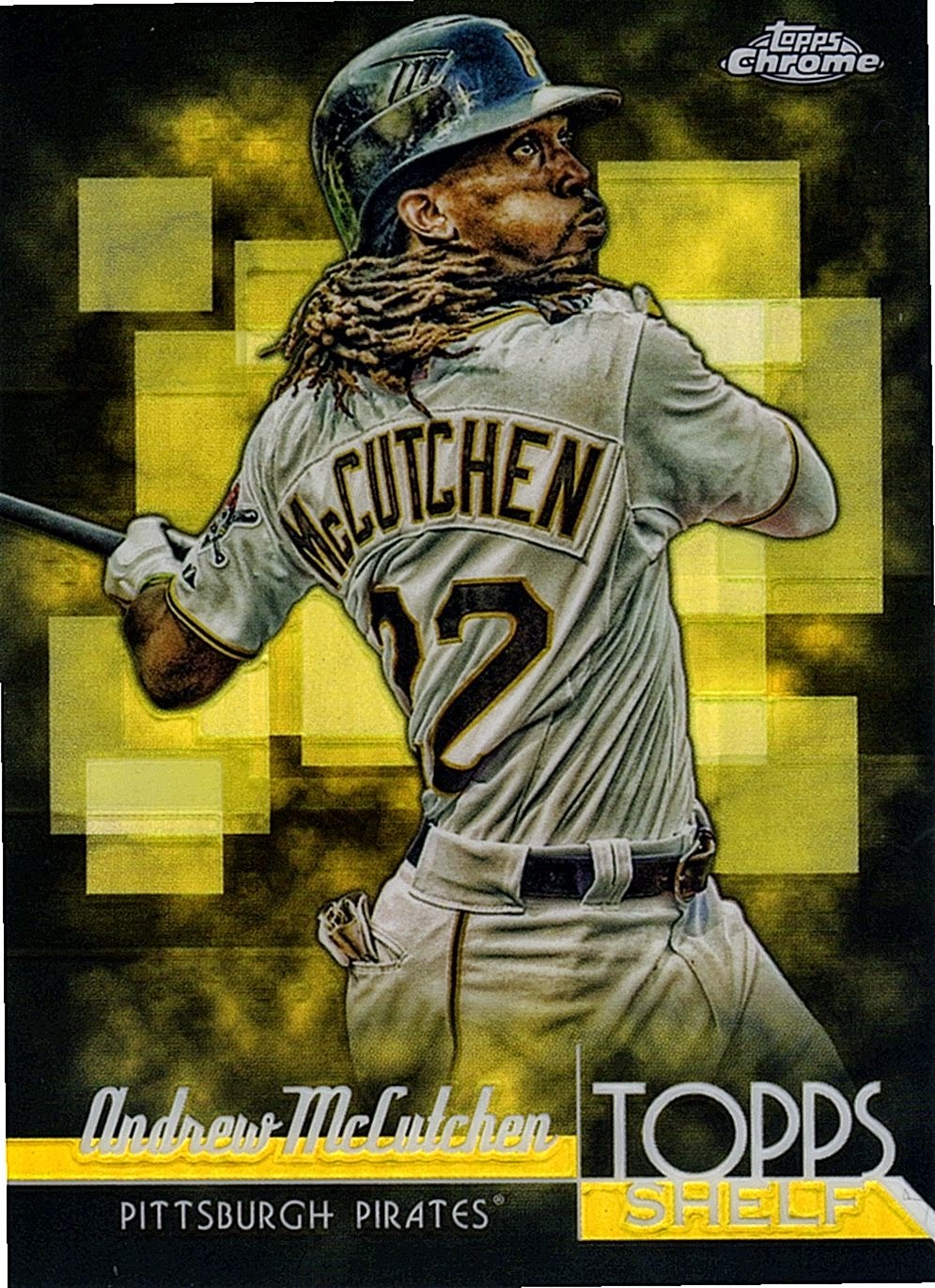 Awesome insert of the Bucco superstar! 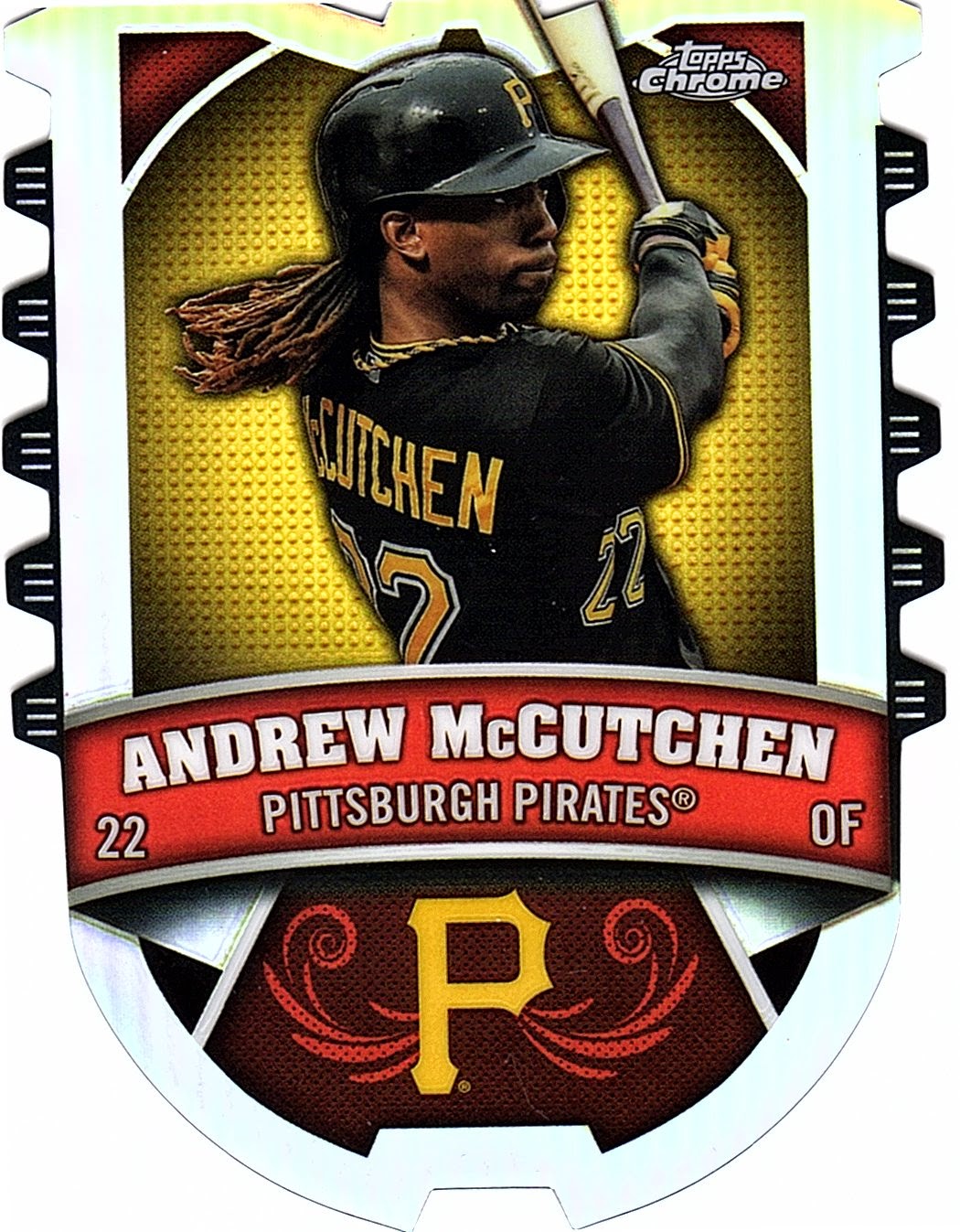 Base and refractor of Pedro Alvarez.

A gold foil and normal issue of the Clemente Chasing History card. 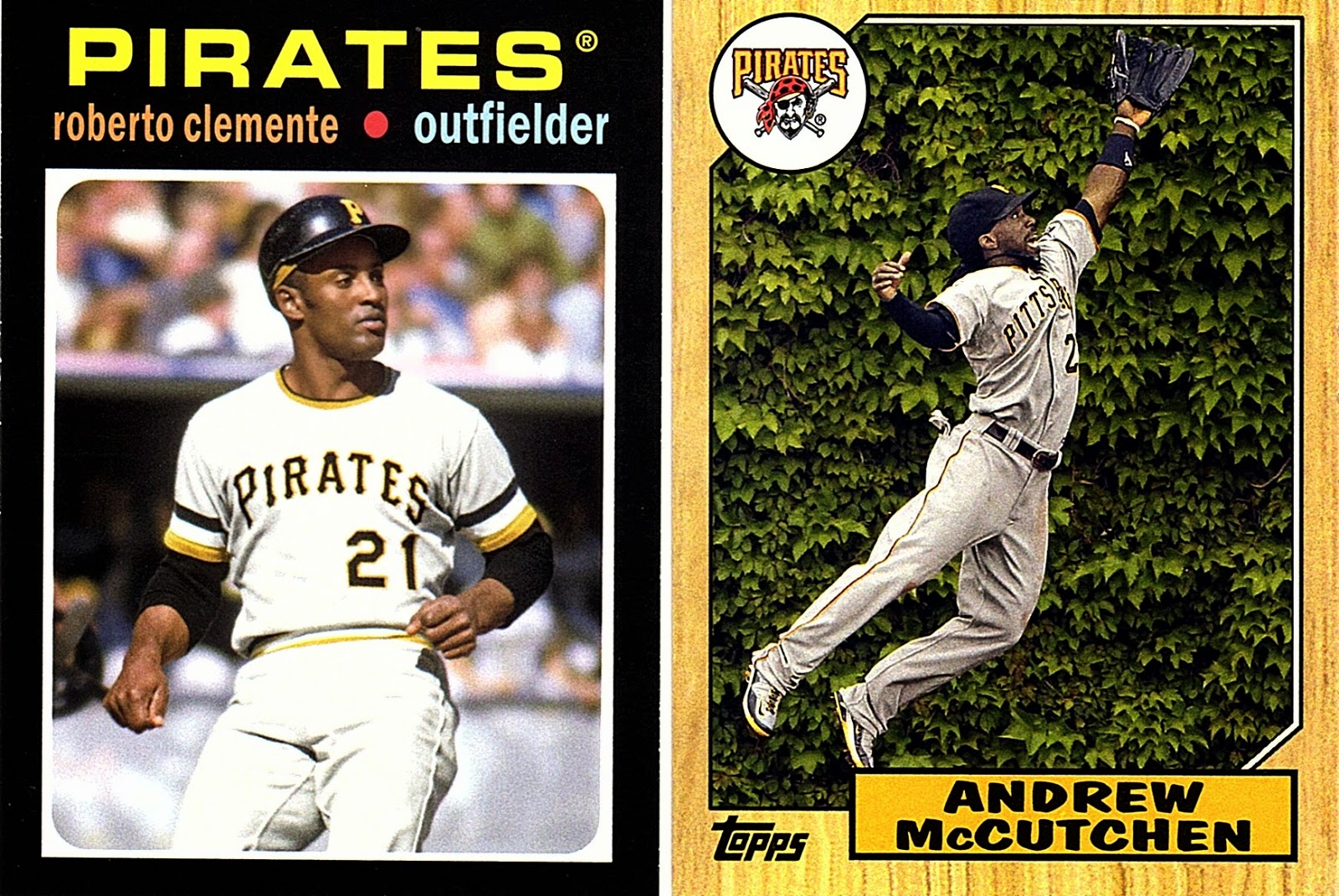 Minis of a past legend and one in the making!

Another thing about trading with Brad is that he'll always keep you on your toes with some oddballs. Check these comic cards out.  The company is called Comic Images and the set was called Phil Rizzuto's Baseball "The National Pastime." 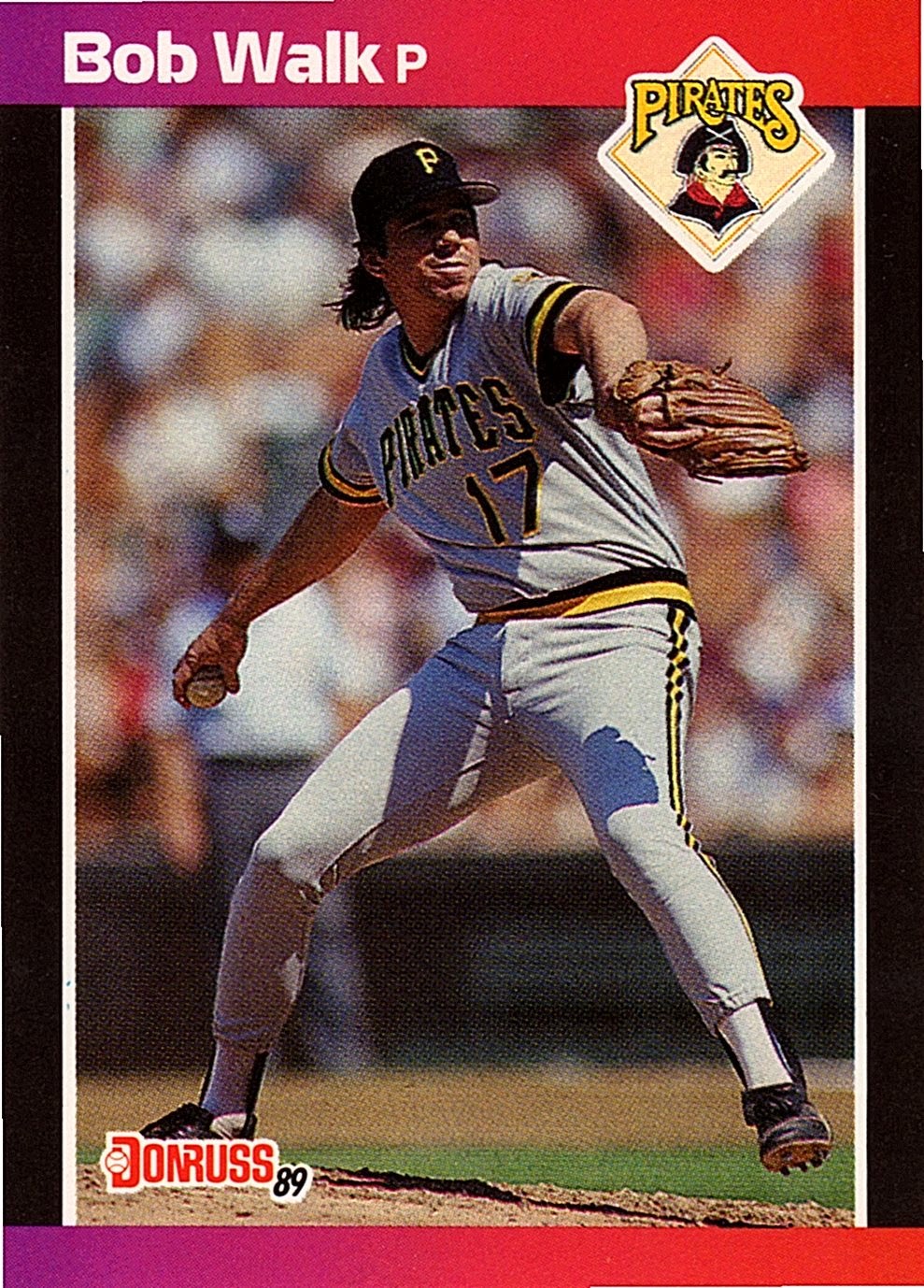 Last but not least!

Thanks again Brad for all the great cards.  I really appreciate the Polanco auto.  If you've noticed I've been kind of obsessed lately adding his autos. I'll hook you up with some more stuff soon!
Posted by BobWalkthePlank at 9:08 PM