I'm a glass half full type of guy so I wasn't down in the dumps today after last nights dismantling. The Pirates took a huge gamble on Sunday by throwing Cole to make an attempt to win the division and it didn't work.  That left us with a less than desirable pitching matchup for the one game wildcard. Madison Bumgarner was dominating and the Giants had some timely hits capped by Brandon Crawford's grand slam.  The Pirates just didn't have it last night.  I'm just happy that I've watched meaningful October baseball two years in a row.  While nothing is guaranteed the Pirates do look to be set up well the next few seasons.

One note about the wildcard games in general.  It still boggles my mind that coaches handle their pitching staffs just as they would if it were a getaway day game in May.  In a one game playoff there should be no giving the benefit of the doubt to a pitcher.  Bullpens should be activated early.  Bob Melvin left Lester in way too long.  Ned Yost has one of the best bullpens in baseball and he puts in a starter on 1 days rest.  Clint Hurdle didn't even have someone warming up when Volquez loaded the bases with no one out.  Kind of stuff that will leave you scratching your head.

Speaking of the Pirates future, let's showoff some Jameson Taillon cards.  Taillon missed this season because of Tommy John surgery so I made it my mission to add some cards of the young Pirate prospect while he was off the radar.  Here are 3 cards I purchased as a lot. 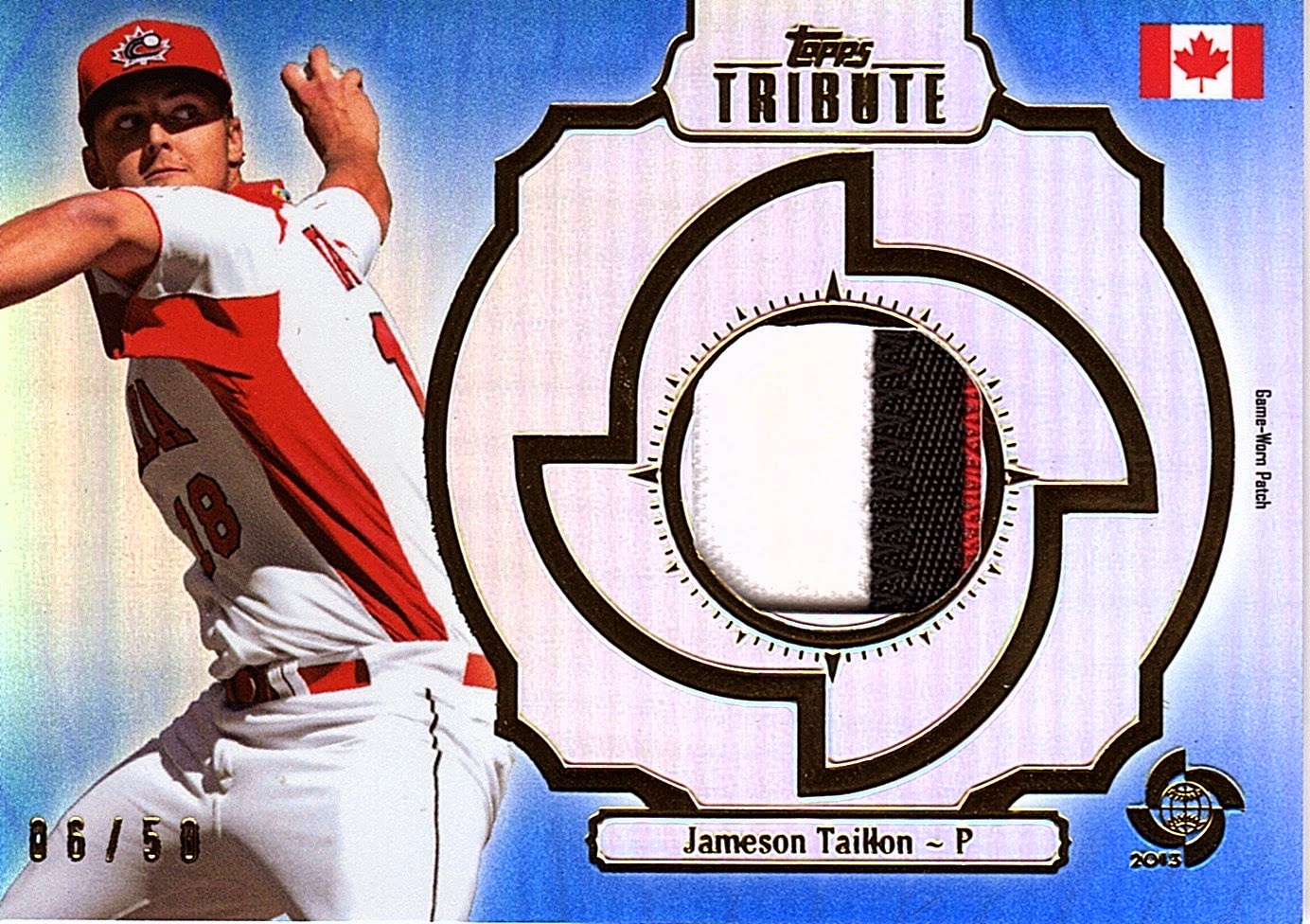 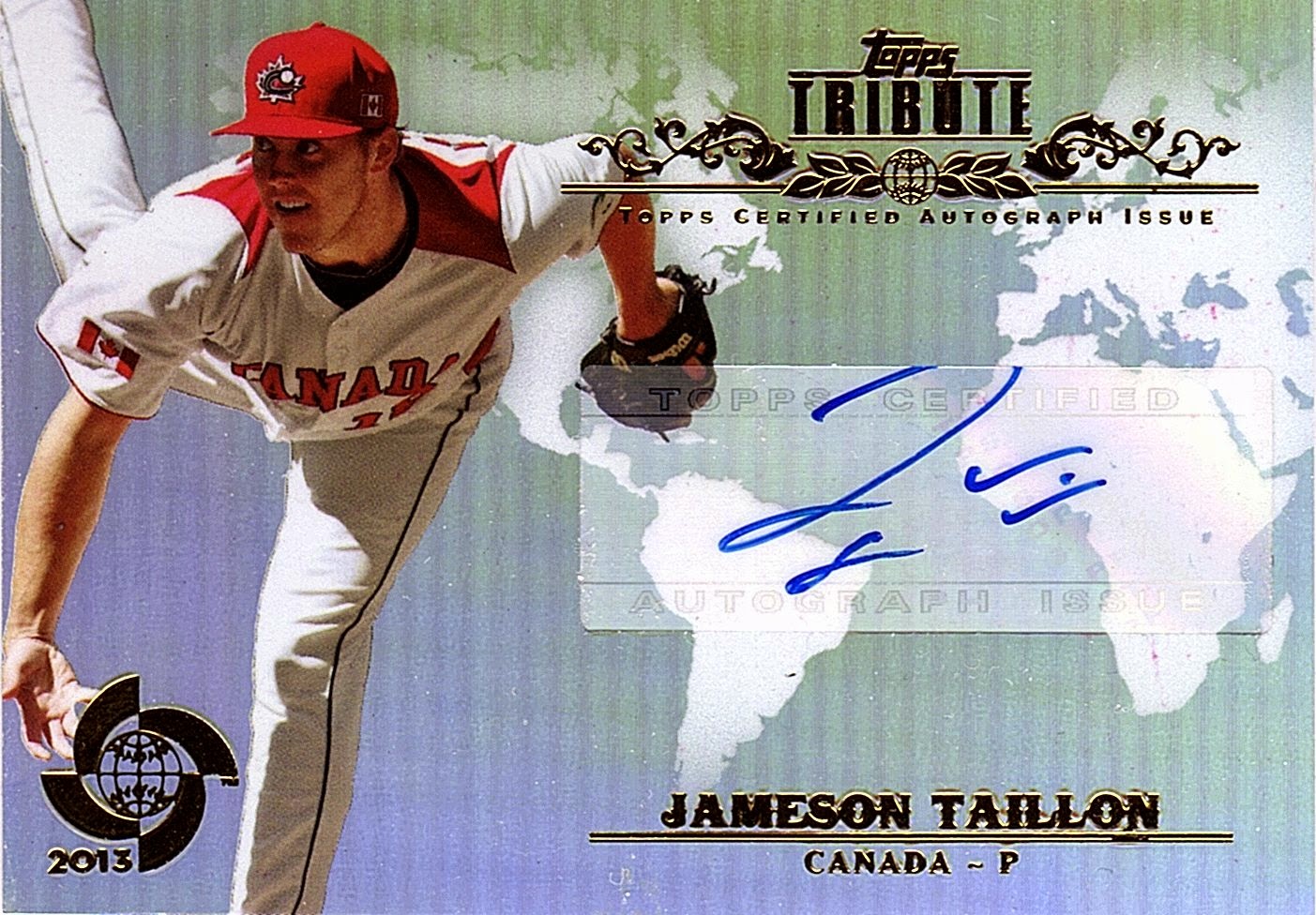 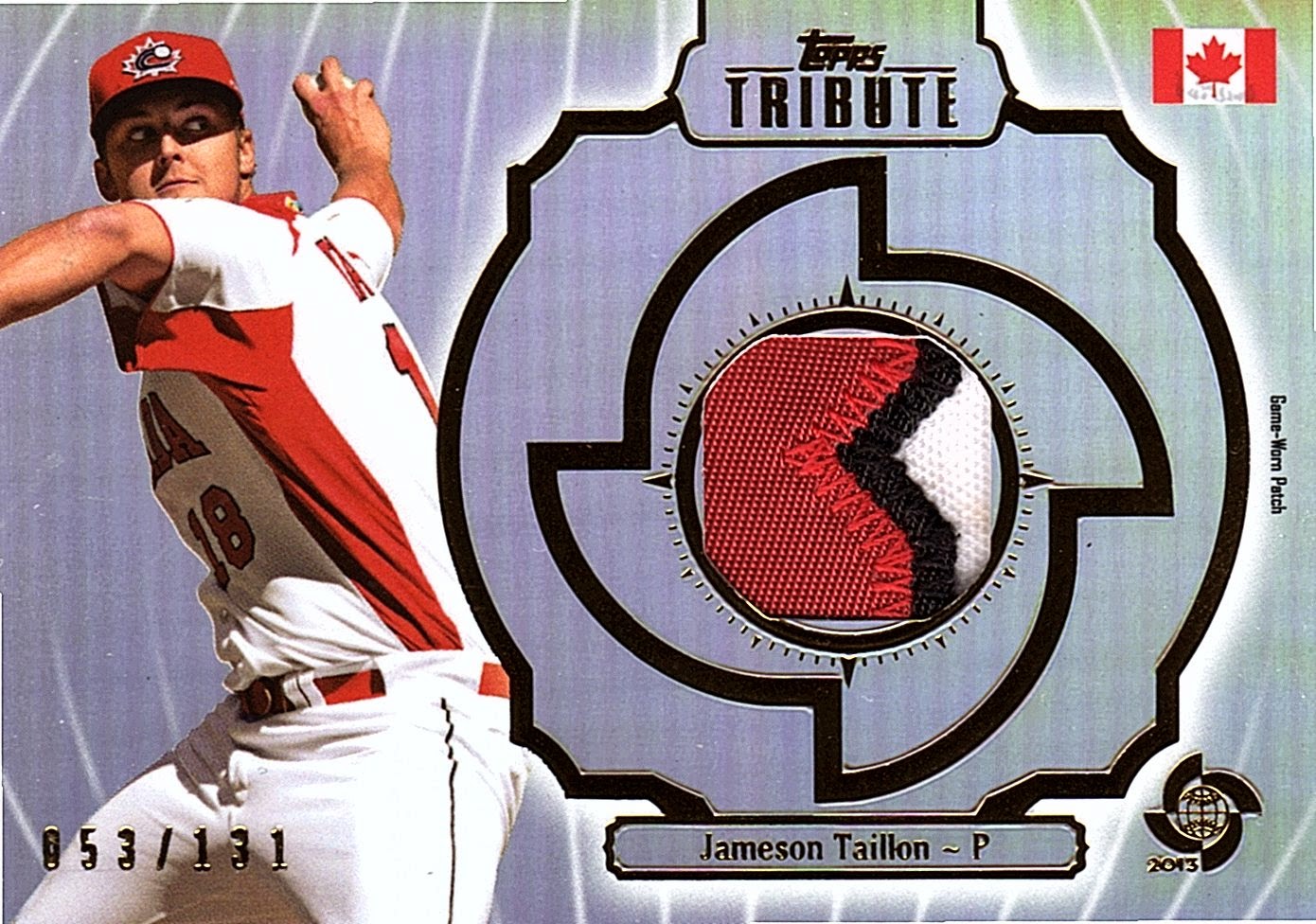 Taillon was able to play for team Canada as both his parents were born there.  I'm curious to see how his recovery goes as he will be slated to join the rotation at some point next year.

Posted by BobWalkthePlank at 10:35 PM