Chicago and a Thwarted Kidnapping

My wife and I were invited by the WVU Children's Hospital to attend the Vermont Oxford Network conference in Chicago. The Vermont Oxford group is a collaboration to help improve neonatal care. Our daughter was born at 25 weeks, weighing only 14.5oz so it is a topic near and dear to both our hearts.

While in Chicago I was hoping to kidnap Jake Arrieta until after the Wild Card game, but he was away in Milwaukee. As disappointing as that was I still enjoyed my time in Chicago. It was nice to finally get some time to sight see as most of my time in Chicago had been airport layovers. Check out some pics.... 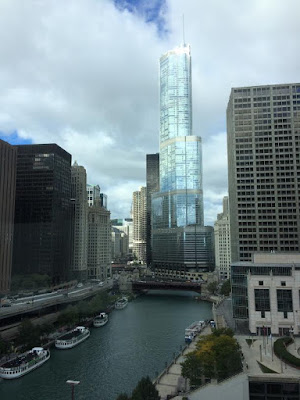 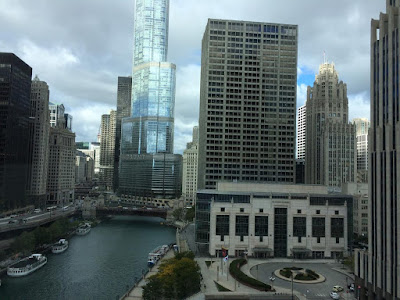 Couple of views from our hotel room. The big shiny building is Trump tower.  If the building wasn't unique enough for you, TRUMP is plastered in huge reflecting letters on front of the building.  We were told that the city passed an ordinance that you are no longer allowed to place the name in such grandiose fashion. 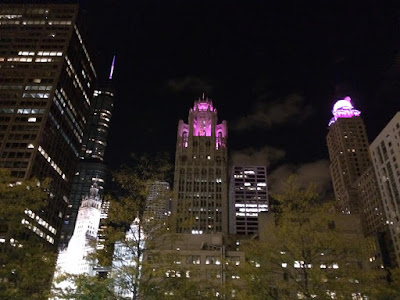 Cool night shot my wife took while we were walking around. 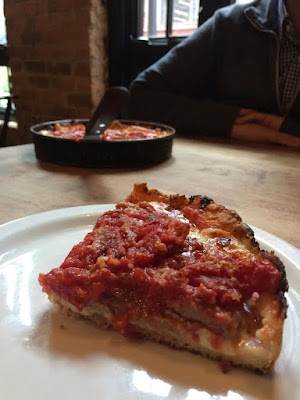 Some deep dish pizza. My wife likes NY style so she is not a convert, but still enjoyed it. I'm not a huge pizza fan to begin with so I'm not a good judge. It tasted good so that is all that matters. Maybe my wife would have liked it more if she was able to fold it. You need knife and fork to go at the crust. 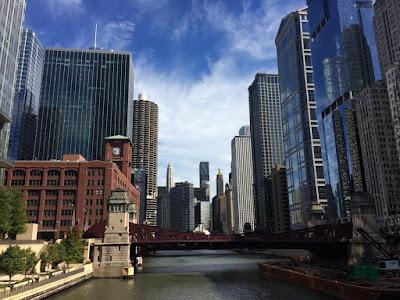 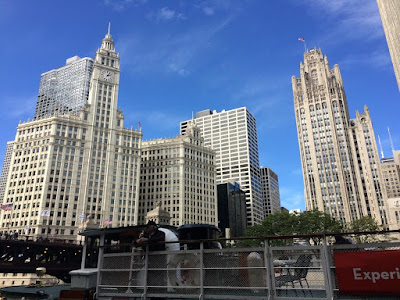 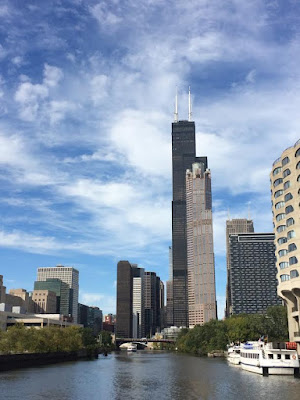 Friday afternoon was our only significant down time from the conference so we made the most of it. The three pictures above were taken on a river architectural tour. It was very well done and lasted about 90 minutes. Plus the boat had a bar! 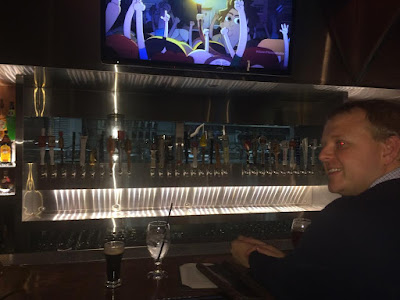 This is me with Satan eyes. My wife really should work for TMZ. As soon as I turn around she is ready for a shot. This was a taphouse attached to the Chicago Tribune building. I believe it had 115 beers on tap. Cool place that I wish I had more time. This picture was taken about 1230am so last call was coming. The bartenders were cool guys and gave us a good late night spot that was right next to our hotel. 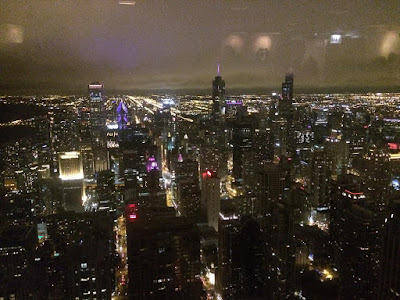 This picture was taken inside the Signature Lounge which is on the 96th floor of the Hancock building. It is the ultimate tourist trap, but still cool nonetheless. The setup to get on top is much like that of the Empire State Building. Lots of waiting for a limited amount of elevator space. The cool thing is they have a fully functional restaurant and bar on top to go along with an observation deck. We chose to do the bar since the observation deck had a charge. View with drinks is always better than a view without....


As for my daughter here is a progression of photos that shows her progress. 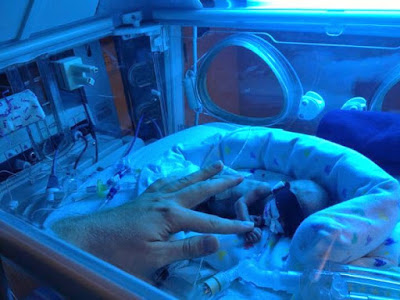 This is Luisa not long after being born.  As you can see my hand is bigger than her. 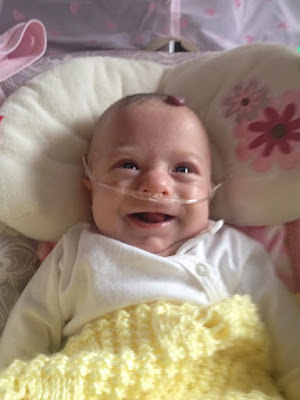 This is Luisa not long after we brought her home.  She was on oxygen for about 6 months after we got her home. 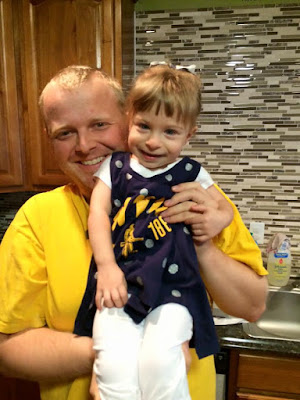 This is Luisa now! She is a tough little cookie. Knock on wood, but we are not showing any developmental issues.

Thanks for reading!
Posted by BobWalkthePlank at 2:49 PM