I was in Washington DC all weekend hanging out with friends. Lots of good stories were told, and beer consumed. The group I was with are full fledged beer geeks so we visited a lot of breweries and drank some fancy beer. 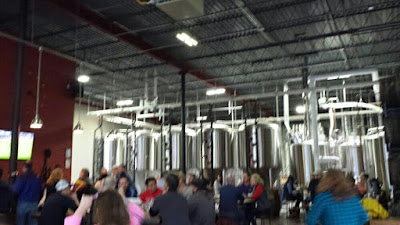 My favorite of all the breweries was called Ocelot. It was a cool setup and the prices were very affordable. Without knowing it turns out that two of the brewers are WVU grads and they even name some of their beer after places in Morgantown.

The only negative is that was located way out towards Dulles airport so it was an expensive Uber ride. 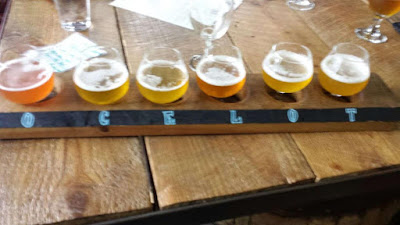 Here is one of their flights. They really cater to the IPA and Sour beers. 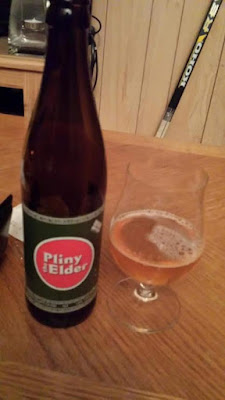 For all the beer nerds out there this is for you. This is one hard as hell beer to find and considered by many as one of the best ipa's in the world. The brewery is Russian River which is in California.  One of the guys I was with this weekend is a military guy so he has an extensive network of friends from all over the US. He was given two bottles, one of which he shared with us.

It was a fun weekend, but I feel my body needs a nice week long cleanse.

Now for a card I've been really excited to show on the blog.... 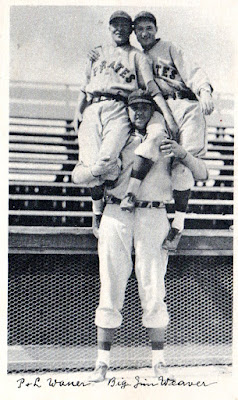 I've been on a nice run adding the Waner brothers to the collection. This set is pretty unique as the first half featured normal baseball poses while the second half of the set featured pictures like this card. When I saw the card on eBay I fell in love with it.

The card is in perfect condition so I wasn't too upset with the price of $34 shipped. Probably the biggest issue will be storage as these are tall cards. I like it so much I may just put it on a shelf for display.


Posted by BobWalkthePlank at 4:39 PM