According to the preseason projections I've been reading that the Cubs are the team to beat this year. While I'm sure it makes weathered fans like Tom nervous you really can't argue the fact that all signs point to the Cubs building on the success of last year. They had three big free agent signings in Heyward, Zobrist and Lackey to go along with arguably the best young core in baseball. Feel the pressure Tom!

Tom recently sent me a bubble mailer full of great cards.  I think this is about the 6785 package I received from them. 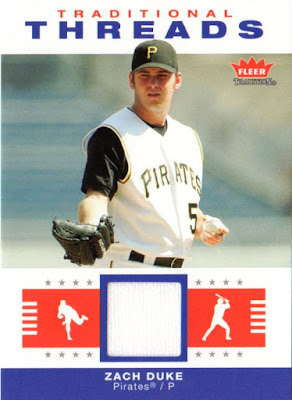 Zach Duke was such a tease. He has seen the highest of highs and the lowest of lows in his career. Now he is found the middle ground as a good reliever. 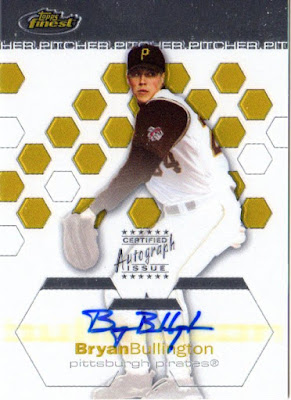 I love the Finest autos. They are some of the nicest you can find.

On a side note seeing cards of Bryan Bullington makes me sad.  What a bust. 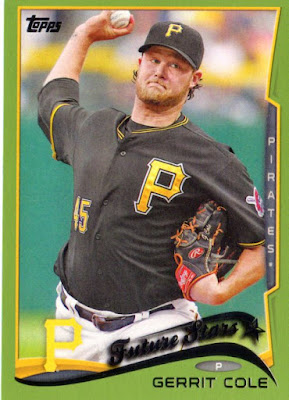 The Pirates are a little thin at starter this year.  Cole needs to be awesome this year. 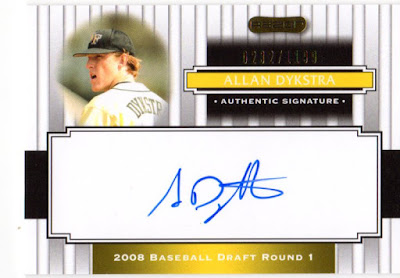 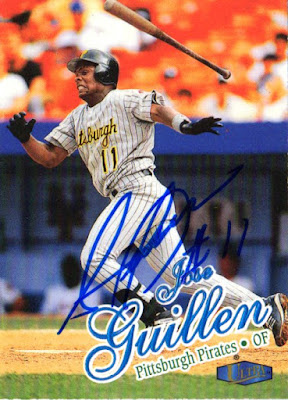 Cool IP auto of Jose Guillen, Jose had a nice career, but I think the Pirates stunted his development by calling him way too early. 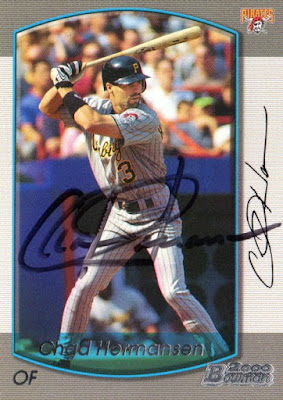 Hermanson was another epic bust for the Pirates. I love receiving cards like this becasue they do bring back a lot of memories. 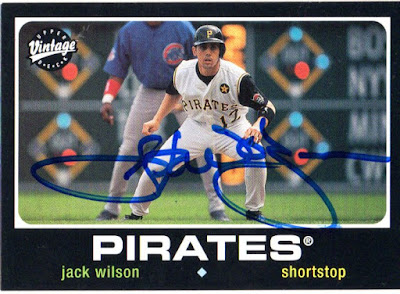 My favorite card of the whole bunch.  Jack Wilson was a fan favorite and one of the longest tenured Pirates during the losing streak. It is getting hard for me to find cards of his to add so this was a very cool surprise. 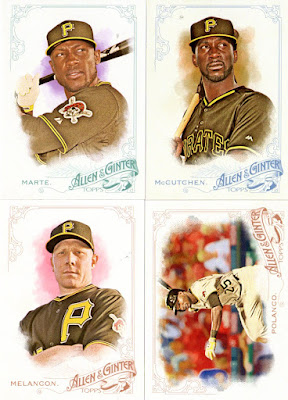 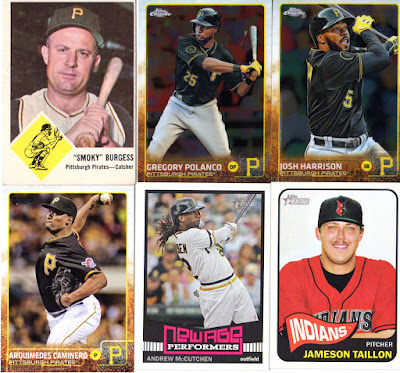 Taillon has such a creepy stache in that picture. Hopefully that thing is gone by the time he makes his debut this year.  The Pirates are putting a lot of stock in Taillon and Glasnow being a big part of this years team. I hope at least one of them pan out.

Thanks for the nice surprise Tom.  I'll keep the momentum going and hit you back soon.

Thanks for reading.
Posted by BobWalkthePlank at 9:53 AM